Chris Zukowski: Steam can only promote up to around 500 indie games per year
20:40
Wargaming top manager called a terrorist by KGB Belarus
17:19
AI USE CASE: How a mobile game development studio saved $70K in expenses
27.01
Sensor Tower: Subway Surfers was most downloaded game in Q4 2022, but the Stumble Guys showed fastest growth
26.01
The Day Before loses its page on Steam. Developer cites trademark complaint
25.01
125 games industry professionals from 85 companies attended WN Connect business event in Belgrad
24.01
Blizzard caught up in scandal. Again. This time it is all about ranking its employees
24.01
Cyberpunk 2077 quest director Paweł Sasko on game’s non-linearity: “Players expected more because of the fact how The Witcher 3 is built”
23.01
Key success factors for ZERO Sievert, top-down extraction shooter that generated over $1 million in its first week
23.01
Dragon Age: Dreadwolf production director Mac Walters leaves BioWare after almost 20 years
23.01
All news
Industry News 21.06.2021 18:02

Electronic Arts decided to test a new way players interact with loot boxes in the FIFA series. The company now lets users preview packs before buying them as part of a new time-limited event. However, it has some restrictions. 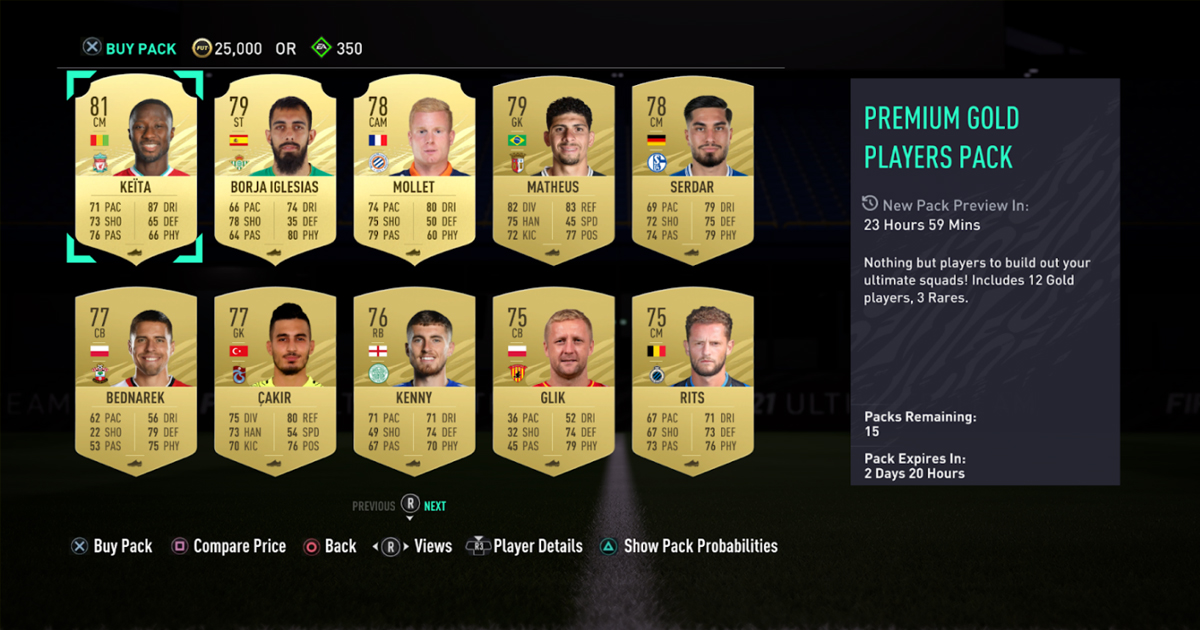 EA shared the news on its official blog, saying that the new “preview packs” system will be available during the Festival of FUTball. It’s a time-limited event that will last until July 16. After that, the company will return standard loot boxes to FIFA.

Usually, players can see what’s inside the packs only after they buy them. The so-called “preview packs” allow you to look at the cards beforehand. The thing is that if you don’t like the pack and don’t want to buy it, you have to wait 24 hours before the timer expires and a new pack appears.

The Ultimate Team mode is especially important for Electronic Arts’ financial results. Last year, the company earned $1.62 billion from loot boxes, which accounts for 29% of the publisher’s total revenue.

EA has also been widely criticized for its monetization policy. An internal document published in April suggested that the company encouraged players to spend more money on these packs. More countries now try to find ways to regulate or potentially ban loot boxes.