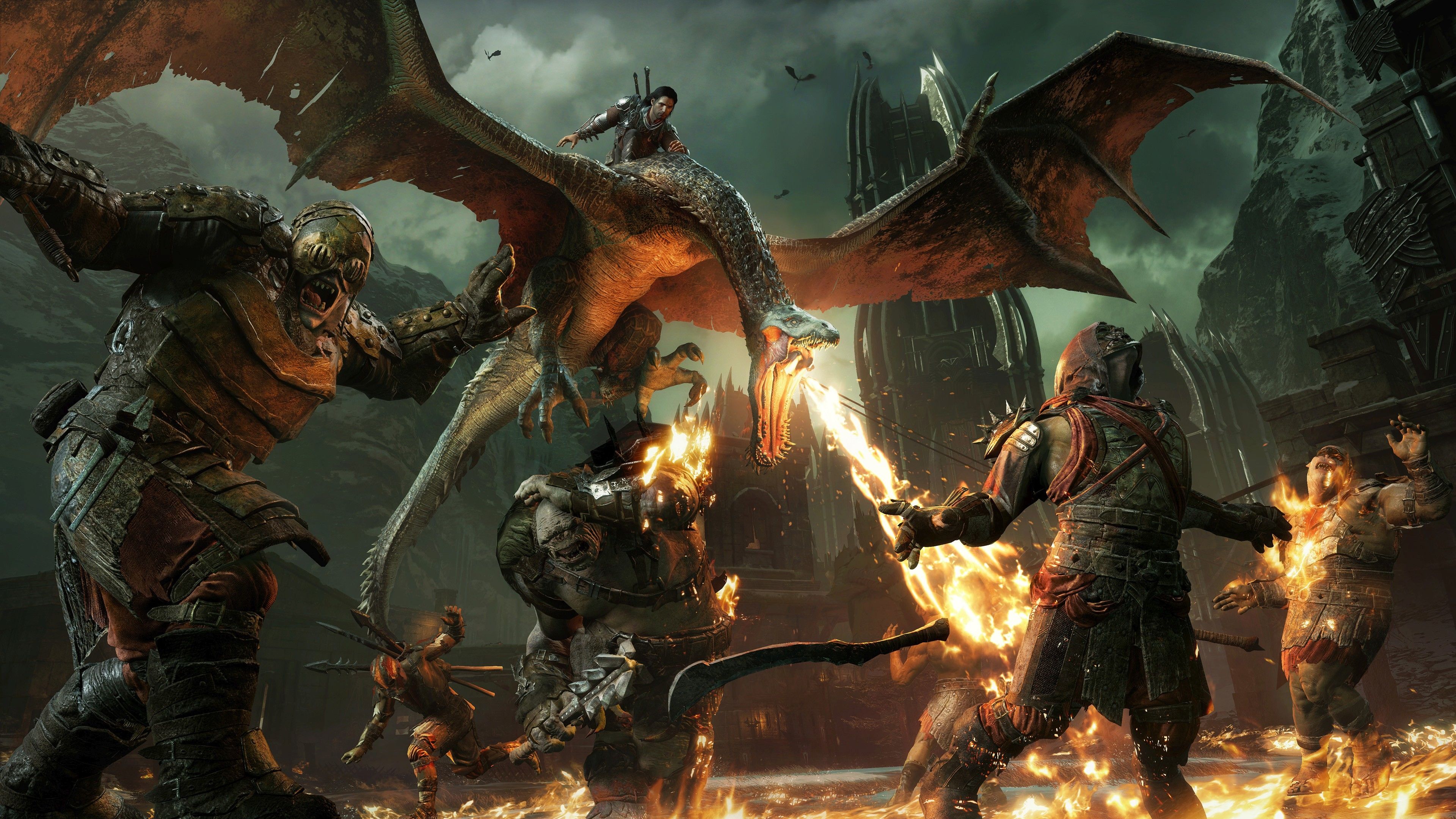 The patent will go into effect on February 23, according to an issue notice released by the US Patent and Trademark Office last week. It allows the company to maintain the patent through 2035.

It means that every studio wishing to implement any features detailed in the patent will have to get a license from Warner Bros. However, developers can still use similar mechanics that don’t fully copy Nemesis.

How does the Nemesis System work?

The technology was first introduced in Middle-Earth: Shadow of Mordor back in 2013. It was developed by Monolith and aimed to create a system where procedurally-generated NPCs remember and react to player’s actions and can affect the behavior of other NPCs, based on player’s decisions.

Monolith was praised for creating Nemesis System that also made grind more entertaining and deep.

Nemesis was improved in 2017 with the release of Middle-earth: Shadow of War. It also introduced so-called Social Conquest battles where players could attack other players’ strongholds. These mechanics have also been included in WB Games’ patent.

The news cause controversy

It was hard to find any positive comments about the move. Game designer Josh Sawyer, known for his work on Icewind Dale, Fallout: New Vegas, and Pillars of Eternity, was among the firsts to criticize the company’s attempts to patent Nemesis back.

“Like I didn’t want to before but this actually makes me want to make a nemesis variant because this is so stupid. if I ever try to legally protect a gameplay mechanic I hope I am executed via the Persian boats!!!” he wrote in January.

Raphael Colantonio, founder of Arkane Studios and president of WolfEye Studios, also reacted negatively to the news. He thinks that the whole concept of such patents is “contrary to progress.”

“WB patenting the nemesis game systems in a broad sense seems absolutely abusive to me and a terrible news for the industry and the art of game design. Imagine if Westwood had patented the RTS or id the Enemy that can shoot,” he wrote.

“This is really gross, especially for a franchise that built its brilliant nemesis system on top of a whole heap of mechanics replicated from other games,” said game designer Mike Bithell, known for his work on Thomas Was Alone and The Solitaire Conspiracy.

“Half the replies to this really don’t understand.  Patenting of game mechanics is why we couldn’t have minigames during loading screens for 20 years. This is Bad,” user @safespaceghost noted on Twitter.

Famous game journalist Imran Khan also noted that it’d be better for WB to let other developers use the system to find ways to improve it. “The nemesis system is a cool background mechanic, but making it a tentpole of your game just kind of exposes how shallow your game is without it,” he wrote.

Steven Spohn, COO at AbleGamers Charity, joined the criticism of WB Interactive’s decision. “Imagine if BlueHole patented Battle Royales. There would be no Fortnite. Now, the nemesis system lives only in one universe. Kind of sad,” he said.

Famous animator Jonathan Cooper recalled that Ubisoft was building a case against WB after Shadow of Mordor was announced due to developers copying movement system and HUD elements from Assassin’s Creed, but was “talked out of legal action because of the optics.”

Warner Bros. initially filed the patent in 2016 and has been trying to receive approval ever since. Of course, a lot of companies have been patenting mechanics and elements of their games (e.g. BioWare filing a patent for its signature dialogue wheel in Mass Effect). However, the case with Nemesis System may become a really bad precedent.