Of trolls, mods, and election

PC modding site NexusMods has temporarily disabled uploads of any content “based around current sociopolitical issues in the United States.” The measure will last at least until November 3 when the US presidential election takes place. 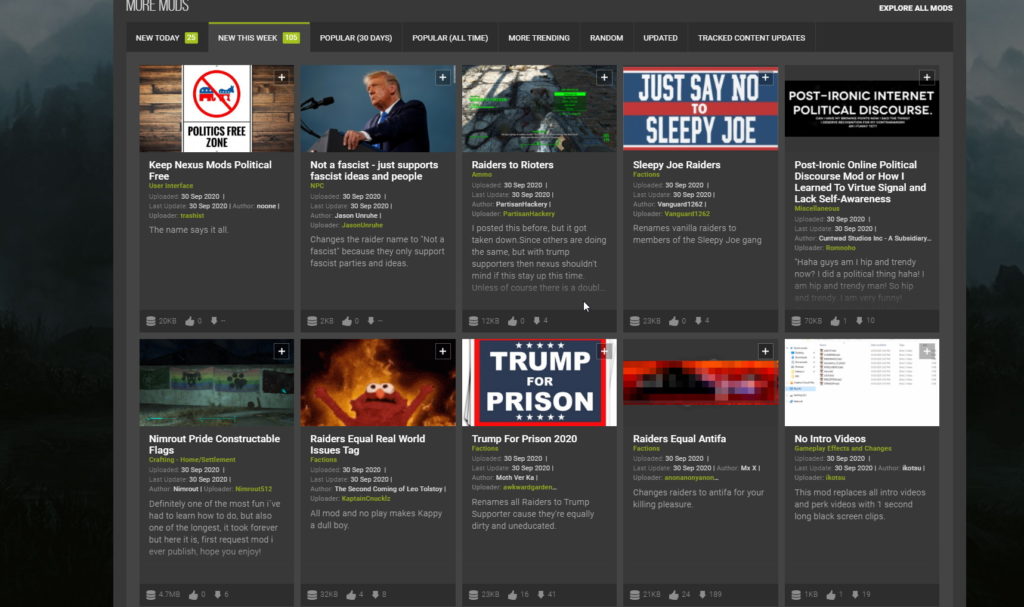 According to the admins of NexusMods, they made the decision to block political content for a reason. On the eve of the US presidential election, a group of users became active on the site that are“seemingly not intelligent or grown up enough to be able to debate the issues without resorting to name calling and baseless accusations.”

The admins clarified that the ban was due to the provocative behavior of these community members and the extremely low quality of the uploaded mods. “We have neither the time, the care or the wish to moderate such things,” the admin team explained. NexusMods noted that this already happened four years ago, and this time the site wants to prioritize the comfort of other players who just want to have a good time.

The team stressed that NexusMods is, first and foremost, a gaming site.

Smile and be happy in the knowledge the time it took them [trolls — Ed.] to make an account on the site and upload their mod is a lot longer than it takes for us to ban the account and delete the mod.

NexusMods is one of the largest online platforms allowing users to upload and download “mods” for video games. As of February 2019, 16.4 million people were registered on the site.