Chris Zukowski: Steam can only promote up to around 500 indie games per year
20:40
Wargaming top manager called a terrorist by KGB Belarus
17:19
AI USE CASE: How a mobile game development studio saved $70K in expenses
27.01
Sensor Tower: Subway Surfers was most downloaded game in Q4 2022, but the Stumble Guys showed fastest growth
26.01
The Day Before loses its page on Steam. Developer cites trademark complaint
25.01
125 games industry professionals from 85 companies attended WN Connect business event in Belgrad
24.01
Blizzard caught up in scandal. Again. This time it is all about ranking its employees
24.01
Cyberpunk 2077 quest director Paweł Sasko on game’s non-linearity: “Players expected more because of the fact how The Witcher 3 is built”
23.01
Key success factors for ZERO Sievert, top-down extraction shooter that generated over $1 million in its first week
23.01
Dragon Age: Dreadwolf production director Mac Walters leaves BioWare after almost 20 years
23.01
All news
Featured 29.05.2020 15:22

Eve Echoes is an upcoming mobile space MMORPG that expands on its PC predecessor Eve Online (2003). The title developed by NetEase Games is currently in open beta with a launch date set for mid-August 2020.

We caught up with Wei Su, senior producer at NetEase Games on Eve Echoes, to discuss the challenges of brining the beloved IP to mobile. 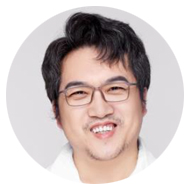 Wei, now is not the easiest time to work on games. How did the COVID-19 pandemic impact the production?

We did spend some time working at home, but now we are back. We’ve been working in the office for three months already.

Good to hear that. Wei, you are an avid Eve Online player, how many hundreds of hours did you spend in the game?

Trying to do the calculations… Three thousand hours, I guess. Actually, I’ve been playing Eve Online for 15 years.

That’s impressive! Was it even necessary to know the original game so well? Given that as a mobile game, Eve Echoes probably follows a different set of rules.

Eve Online is a pretty complex game, there are tons and tons of content. Even after playing the title for 15 years, I still come across some aspects of the game that are new to me. However, I can confidently say that I am familiar with the core concept and the core experience of it, so this is something we are able to recreate in Eve Echoes. Did you have to cut a lot of elements of the PC predecessor when bringing the Eve IP to mobile?

Well, have three different approaches when it comes to Eve Online.

As part of the first approach, we directly migrate content to mobile devices and only adjust some controls on the UI side.

If the content is too big or too complicated for mobile devices, we try to reduce or restructure it. This is the second approach. For example, we’ve dramatically simplified the planetary interaction gameplay. In that respect, Eve Echoes is a little bit different from Eve Online.

And the third approach is that we have totally remade and redesigned some elements of Eve Online but tried to preserve the core concept of the original.

Still, Eve Online is this huge complex MMO title with lengthy play sessions. Mobile, on the other hand, does not typically suggest this kind of player engagement.  So games like Eve Echoes, do they even belong on mobile?

In the Chinese market, we already have some experience transferring hardcore MMO RPGs to the mobile platform. So that’s the first reason we were willing to go ahead with Eve Online. And the second reason is that we also want to challenge ourselves to push the boundaries of the mobile market, to introduce a sandbox 3D title that is hardcore and has a complex economic system.

Eve Online is famous for its steep entry threshold. Even by PC standards. Many players prefer reading about political intrigues and confrontations in the game to playing it themselves.

This is a very common situation with a lot of games, not just Eve Online, when people are more willing to watch instead of playing themselves.

There was this joke on one of the forums, Reddit maybe, that people rush to this game like generals, but when they actually start playing, they are like a single soldier and die quickly.

Anyway, this kind of stories, including intrigues, alliances and oppositions, belongs to the players. They create them. We don’t want to limit or otherwise change this part. We only provide a sandbox environment for players, give them tools that they use to create their own stories and tell these stories to others. It all depends on players.

You know how players have to use Excel spreadsheets to manage huge arrays of data in Eve Online. Is data management also an important feature of Eve Echoes?

As you know, Eve Online has been live for almost 20 years. Obviously, it has a long history, and a lot of things were developed over a long course of time. You could imagine people used to play games in a different way than they do now.

Our UX team is very aware of it. We are continuing to iterate the UX and UI elements of Eve Online, and you will see that we are trying to keep the UI of the original while coming up with new UX improvements in our development efforts. We try to reorganize all the information and break it up into different levels based on its priority. Hopefully by doing this, we can make this game easier to access.

So yes, Eve is complex on PC, but the team is working day and night to try to improve it with each of our releases on mobile.

That said, if people need additional tools to play this game, such as Excel, it’s their choice. Currently players are also using some coding tools to help them play. So it actually all depends on them. If it’s not against our user policy, it’s okay.

What about Eve Online‘s market system? Is it possible to recreate this functionality on mobile?

The market is a very important part of Eve Online, so we are trying to recreate this core experience in Eve Echoes. In our game, players can trade anything they can gather from this universe. And this part is totally the same as in Eve Online. But in Eve Echoes, we try to make it easier for mobile players.

We have interstellar trade centers or trade hubs.  These trade hubs are spread across different regions of this universe. To make things easier, we introduced a logistics system, so players can request a delivery or ship their items without having to traverse the entire universe.

Eve Online has its own established chronology. Where is your game on the original timeline?

Our story begins after a nova explosion in YC 116. As a result of the explosion, a parallel but independent universe appeared. This we agreed with CCP [developers of Eve Online—Ed.]. Our story takes place in this parallel universe, so all events after the YC 116 explosion are totally different in Eve Echoes. But the backstory, the pre-explosion part of the YC 116 history, is the same as the one in Eve Online.

Eve Online was developed by a European team. Eve Echoes came from a Chinese studio. Did you have to collaborate a lot with CCP, and what are the differences in how you approach development?

Actually, the work style is pretty similar. We are very happy to work together. There’s an interesting story though I can share. When we were trying to decide on the voice actors for our characters, the CCP team said they wanted someone who sounded more mature, but we wanted our characters to sound younger. So this is the kind of discussions or arguments that can arise between our teams conceptually.

Anyway, we are learning from each other about the culture, the working spirit and the design experience.

Thank you very much for the interview and good luck with Eve Echoes!