Hyper-casual titles represent an increasingly larger share of new game from year to year. This is according to the latest findings by Sensor Tower. 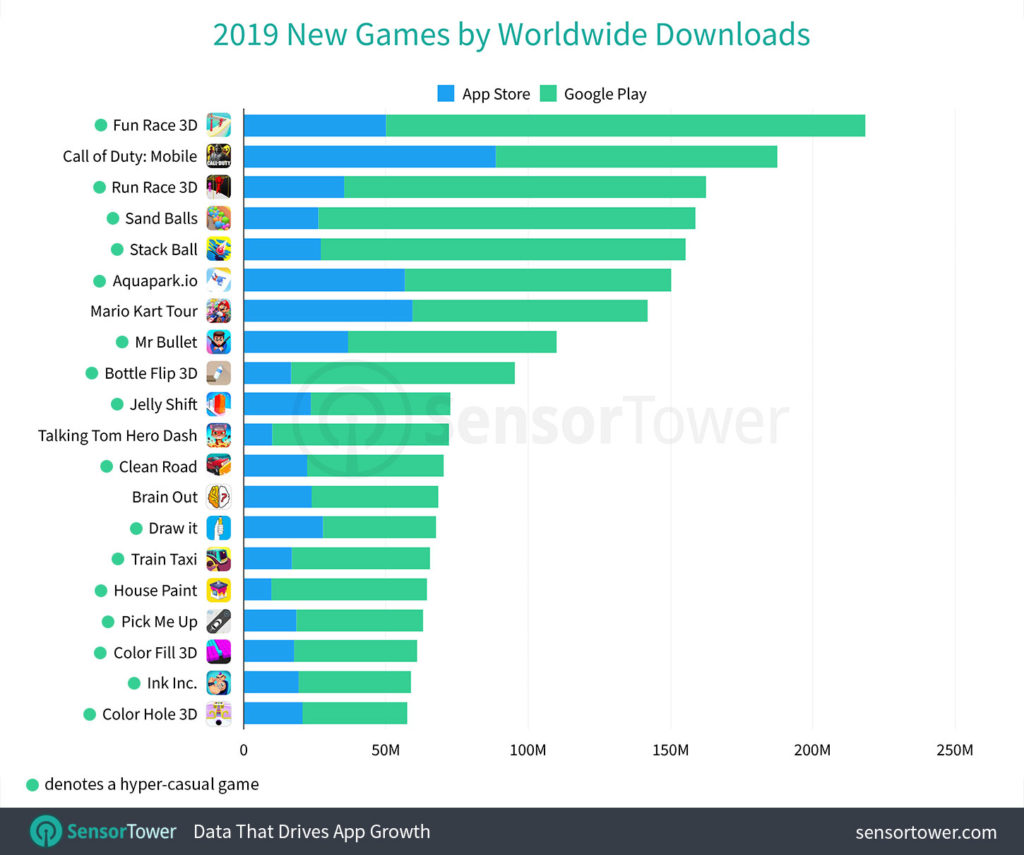 For comparison, in 2018, hyper-casual games made up around 68 percent of the installs amassed by the 20 most downloaded new games of that year.