Chris Zukowski: Steam can only promote up to around 500 indie games per year
20:40
Wargaming top manager called a terrorist by KGB Belarus
17:19
AI USE CASE: How a mobile game development studio saved $70K in expenses
27.01
Sensor Tower: Subway Surfers was most downloaded game in Q4 2022, but the Stumble Guys showed fastest growth
26.01
The Day Before loses its page on Steam. Developer cites trademark complaint
25.01
125 games industry professionals from 85 companies attended WN Connect business event in Belgrad
24.01
Blizzard caught up in scandal. Again. This time it is all about ranking its employees
24.01
Cyberpunk 2077 quest director Paweł Sasko on game’s non-linearity: “Players expected more because of the fact how The Witcher 3 is built”
23.01
Key success factors for ZERO Sievert, top-down extraction shooter that generated over $1 million in its first week
23.01
Dragon Age: Dreadwolf production director Mac Walters leaves BioWare after almost 20 years
23.01
All news
Featured 17.01.2020 16:57

ModooPlay: You want to launch your game in China and not wait forever? Stick to ad monetization

How games in China are different from the Western ones? What challenges the hyper casual market is facing? And how to publish your game in China?

These and other questions we asked Gongping Ouyang, General Manager at Chinese publisher ModooPlay. 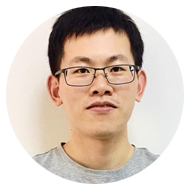 ModooPlay is a Chinese company publishing games by Western studios in China. Could you say a couple of words about it?

ModooPlay is a sub-brand of WebEye. It was established in 2017 as a publisher. Since the beginning, ModooPlay has had a “global vision.” It aspires to become a bridge between China and the rest of the world; thus, It is dedicated to introducing select foreign games to land in the China market and achieve success. Over two years, ModooPlay has promoted 50+ games to earn top rankings and maximized revenue in China.

You focus on publishing casual games. Why these category specifically? I mean, all China’s hits hardcore mobile titles.

The casual gaming market has been expanding at a steadfast pace. Easy-to-learn gameplays, broad audience, mature business models. The future is promising.

Hyper-casual games are our focus. They are stylish or minimalistic, easy-to-play and can be played at any time, making them suitable for people with all backgrounds. Playing “lightweight” games requires little cultural awareness which reduces the difficulty of importing.

Their mass appeal is unignorable. Plus, they generally offer few IAPs but monetize through a mix of video, playable, interstitial and banner ads.

While we are on the subject of cultural differences, what is the main difference between the Chinese and Western games?

But more importantly, Western games have more diversity and originality. Chinese games, though exquisitely made, are produced in batches and high in similarity. Therefore, we import creative works into China to spark innovation in domestic publishers.

Right. Cloning is very much plaguing the mobile game market right now. What other challenges it is facing?

We think the biggest challenge is that nowadays, life cycles for games are shortened.

Therefore, user acquisition and monetization strategies should be implemented efficiently.

And refined management, rather than traditional ways of operations, should be leveraged to engage and retain users. 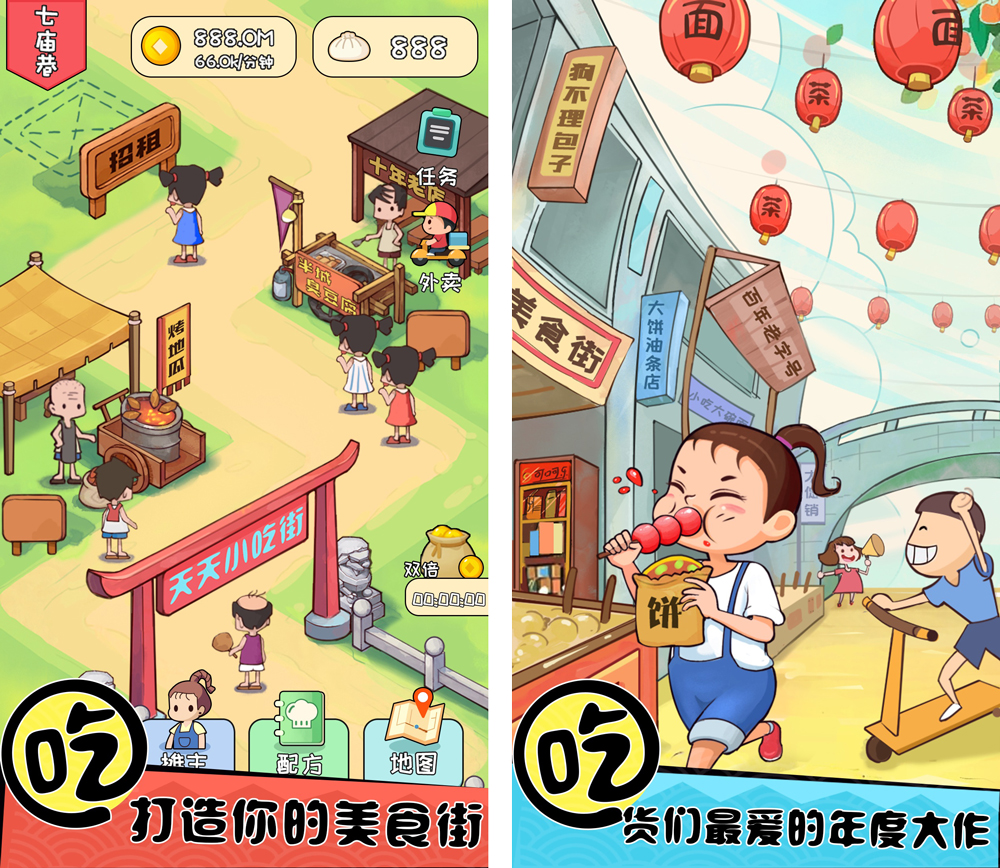 We believe hyper-casual games suit modern people the most. They occupy little phone storage and players can kill time or escape from a busy life. This is in line with market demands.

However, this advantage is also its shortcoming. Users can switch between games freely, and user loyalty & engagement tend to be low.

How is publishing hyper-casual games different from publishing titles in other niches?

And hyper-casual games are different in user demographics. There are more females and a large percentage of non-teenager users.

Last but not least, every step is completed within a short period. We test run and forecast games’ profitability within days; if their performance fails to meet our expectations, we will immediately make adjustments and try again.

And now for the most interesting part. What kind of business metrics (retention, ARPPU, maybe something else?) should a game have for you to consider publishing it?

We take all metrics into consideration but retention, ARPPU, and CPI are decisive factors. Our experience has demonstrated that only if the retention rate of a mature product reaches 40% on iOS is it worth promoting. And the game’s estimated LTV should be higher than CPI. As for ARPPU, the requirement varies game by game.

Do you have any specific requirements that developers should keep in mind?

We test play, gain understandings of games and evaluate their potential to flourish. Each game has its features so there are no fixed conditions that developers must meet.

And what guarantees do you give when signing a contract with them?

Since signing contracts, we take charge of everything from user acquisition to monetization, promising higher revenue share than most of its counterparts. 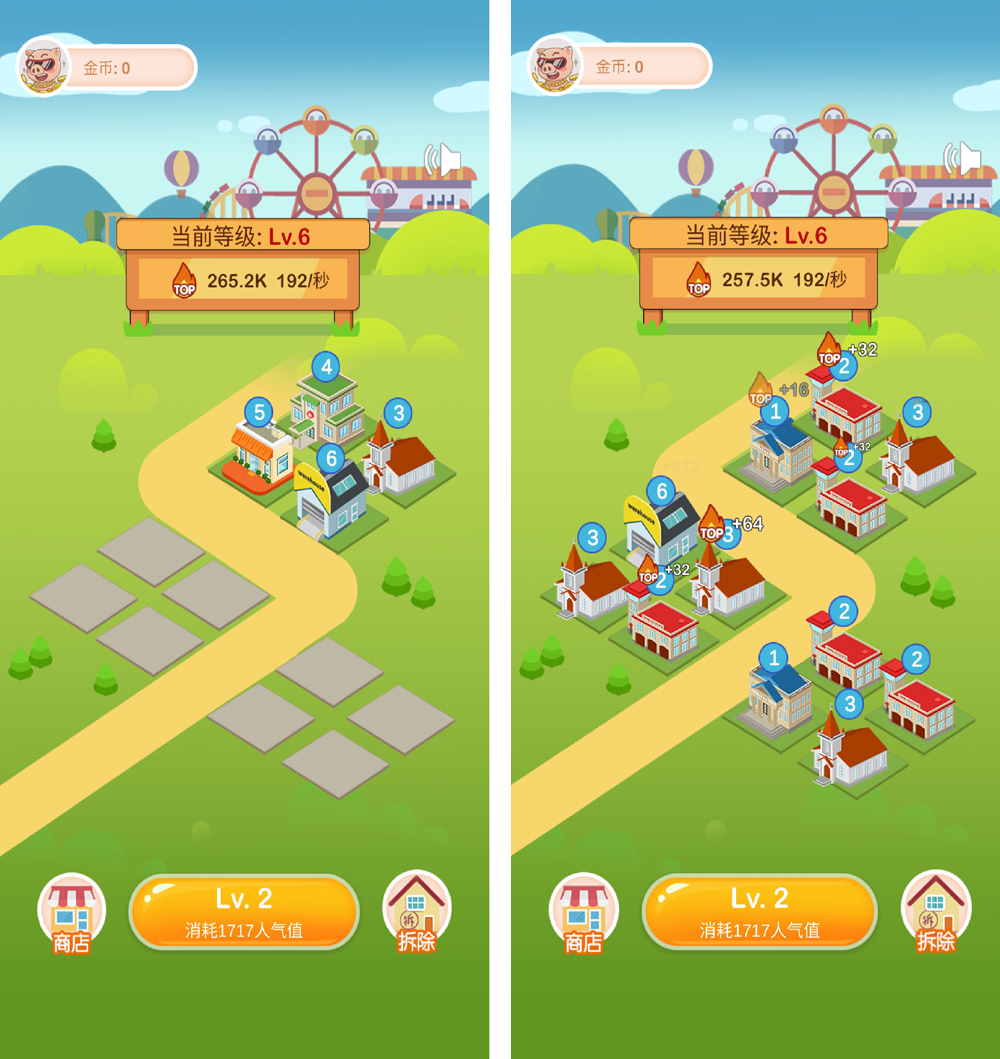 That means you prefer to work as a publisher?

We publish or invest in games. Most importantly, we offer generous financial support and abundant resources to developers.

What’s the usual payment agreement? Is it a revenue share, a lump-sum payment, some other scenario?

We are flexible on payment options. For high-quality games, revenue share or lump-sum payment models are negotiable. Our goal is to establish long-term win-win relationships with talents.

What type of monetization do you prefer?

Can you name user acquisition channels that you prefer?

We adjust channel strategies according to feedback from test runs. For instance, if the game targets young females, we are inclined to advertise on Little Red Book.

How quickly do you get your money back that you spend on advertising hyper-casual games?

Normally within one week because we emphasize efficiency. One of the cases is Weeder Match, a hyper-casual game that hit No.4 in iOS download chart. Its revenue exceeded its investment within several days after it was released. 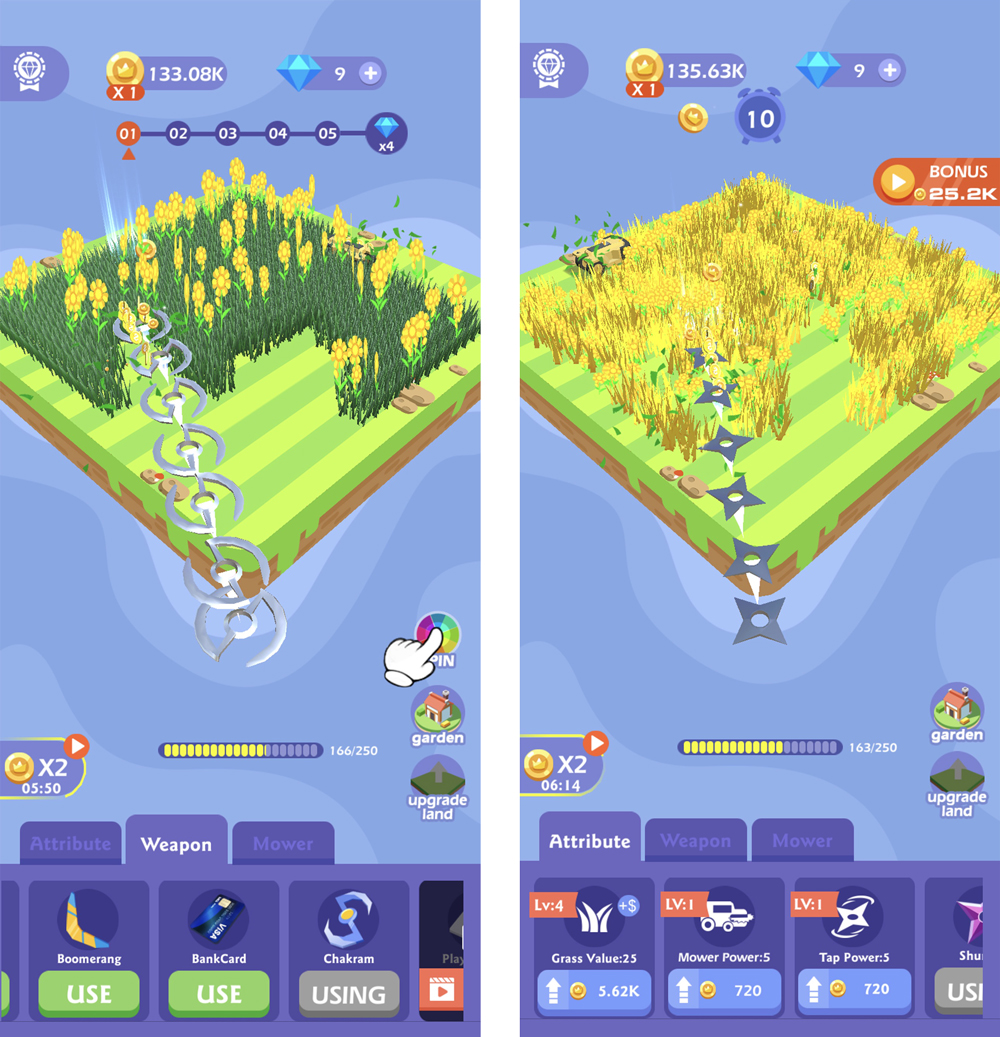 For a game from western developers to be published in China, how long does it have to wait for the governmental approval if it has your support?

If the game does not involve any form of purchases, only game copyright number is required. Reviews take at least 20 days for hyper-casual games; but in the meantime, we can complete localization & culturalization etc., so we can launch games to any major channels within 2-4 weeks.

What do you typically recommend changing in a game before it can enter the Chinese market?

The games’ contents & assets shall be adapted to Chinese and tested. Our localization experts can add trending vocabulary to engage native Chinese.

And UI, gameplay, as well as sound, usually need redesigning based on Chinese audience preferences and government policies. For example, after we suggested changing the Viking Pirate features to traditional Chinese ones, Ship Merger broke its retention bottleneck and lowered its UA costs by 25%.

Does it make sense, along with the visuals, to change the monetization method? How exactly?

We strongly recommend that games monetize through in-APP advertising if developers want to land in China as soon as possible. Otherwise, applying for the necessary publication licenses can take a year or so.

Thank you very much for the interview.