John Carmack on video game preservation and why companies suffer more harm by destroying something dear to players
06.02
Jeff Gaimon on expanding EA Originals beyond just indie games: “It’s like a menu. It depends on what devs want”
06.02
Microsoft’s chances of clearing Activision Blizzard deal in US and Europe to fade away if UK watchdog decides to block it
06.02
It Takes Two hits 10 million unit sold. “Nobody expected this,” says Josef Fares
03.02
Over 1 million Chinese players apply for refunds due to expiration of Blzzard’s agreement with NetEase
03.02
NCSoft West lays off 20% of employees as part of ‘global realignment’
03.02
Organic discovery and app store featuring to be declared dead in 2023, according to Deconstructor of Fun
02.02
Dwarf Fortress made $7.2 million in January, 44 times more than in all of 2022
02.02
PlayStation reports 53% Q3 revenue growth, driven by strong sales of consoles and third-party games
02.02
Tenjin and GameAnalytics release Q4 Hyper-Casual Games Benchmark Report
01.02
All news
Industry News 30.12.2019 15:42

With two days to go before 2020, we still had time to catch up with Justin Farren, Executive Producer at Wargaming, to discuss what 2019 means (meant?) for the industry. Well though I’m new to Wargaming — I started to work here in Minsk mobile studio in the summer — I can say it’s been a great year for us: World of Tanks Blitz, our first mobile game, keeps steadily growing. The game reported 1.5 M daily active players in its 5th year, which is a new PCCU record. I was also able to join Blitz Twister Cup this year and see the community’s reaction to how the game has been evolving, which was really cool.

A new project — the one I joined the company for — has also been greenlit, so it is a big year for us as the studio expands to a portfolio. We are building something community-driven; it’s really going to be about recognizing what the community needs are, and evolving that game over time. We want to make great games with a cultural impact, games that resonate and last for years, and it’s very enticing for me to see how I can contribute to building a new game and bringing some of our ideas to a brand new audience.

Wargaming is amazing at making competitive shooters and we are excited to think about what the future holds for the company as we expand into other genres. 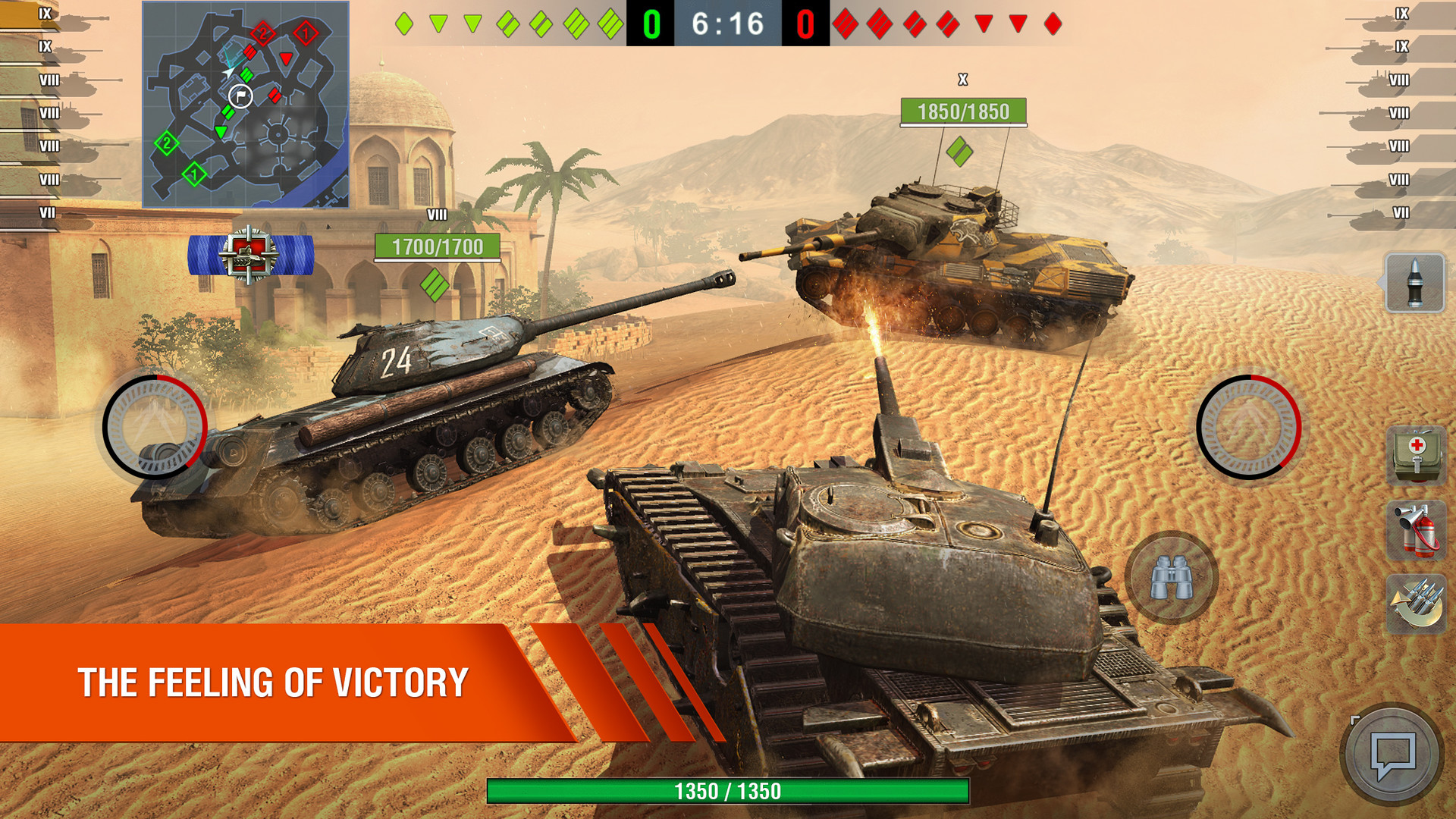 I think the most important thing is the emergence of cloud gaming, and the opportunity that it presents to us in terms of mobile gaming and responsiveness while you are on-the-go. The landscape has evolved to the point where major publishers can’t ignore cloud gaming at all, and so we’re seeing people taking their games on multiple platforms and becoming much more aligned with the games that are important to them, wherever they are.

The second one, also very important, is the industry’s recognition of the fact that we are not representing women enough in our games, both as their characters and in their stories. I think that the more women are involved in creating games, the stronger that voice will be.

In 2019, the difference between male and female gamers from ages 16 to 25 is almost nothing. Actually, about 50% of men and women between those ages are playing games on some platform. Therefore, it’s important that we represent all of our gamers so that they can really connect with the products that we are making.

Mobile gaming is not getting any smaller, it’s a continually growing segment. In 2018, around 78% of people chose mobile platforms as their primary way of gaming and looking up to 2020, it’s going towards 85% now. So, this new generation of gamers is definitely relying on mobile platforms for their gaming entertainment. And we got to be acutely aware of this fact, respect people’s time and how they are consuming content. While developers still want to create games for other platforms, we’re also starting to see that mobile is the go-to, and it’s not changing anytime in the future.

The second thing that is really important is the integration of channels like Twitch and other streaming tools into games by default. PC and mobile games are including tools for content creators and folks just like us, who are not content creators, to be able to share their experiences with other people. That’s no longer a plus but a requirement.

Hyper Casual has become its own genre, and it’s a growing market in general. It goes down to how much time people have to invest in their mobile sessions. The end result is that we’re going to see a lot more high-budget Hyper Casual games. When it comes to shooters, the spread of cloud gaming and the emergence of 5G should allow to upgrade the gaming experience on mobile significantly. We can have competitive games on mobile that have stability, high performance and responsiveness. So, games like Blitz and other competitive shooters on mobile are going to be just as viable as on any other platform because of technological advancements, infrastructure, and performance.

Which game releases would you say were the most important in 2019? And what games did you as a gamer spend the most time playing in 2019?

I am a guy who plays on console, PC, and mobile, I play all the time. This year I spent a lot of time on Star Wars Jedi: Fallen Order, and that was a huge game for me. I was able to become one of those who beta-tested Brawl Stars, so seeing that game evolve this year has been cool on a competitive level. It’s something I play every single day.

I think one of the great stories in 2019 was the comeback of Hello Games and No Man’s Sky. It comes down to being able to admit that your community raises genuine concerns about the products that we deliver, that we need to listen to the market and stay committed to a vision. NMS is a game that has an awesome story in terms of turning themselves around and really delivering on the promise that they had way back, when they originally launched.

Some other games that I’ve played a lot include Outer Worlds, FIFA and Clash Royale. And of course, when I started to consider a career at Wargaming I immersed myself in World of Tanks Blitz and World of Warships Blitz just to understand exactly their strengths, the things that we are good at in Wargaming, so I could help make better games here.

I also spent a lot of time going back in time and playing Elder Scrolls V: Skyrim. I mean, there are some games that drag you back and never really let go, and to me that’s one of them.