Chris Zukowski: Steam can only promote up to around 500 indie games per year
20:40
Wargaming top manager called a terrorist by KGB Belarus
17:19
AI USE CASE: How a mobile game development studio saved $70K in expenses
27.01
Sensor Tower: Subway Surfers was most downloaded game in Q4 2022, but the Stumble Guys showed fastest growth
26.01
The Day Before loses its page on Steam. Developer cites trademark complaint
25.01
125 games industry professionals from 85 companies attended WN Connect business event in Belgrad
24.01
Blizzard caught up in scandal. Again. This time it is all about ranking its employees
24.01
Cyberpunk 2077 quest director Paweł Sasko on game’s non-linearity: “Players expected more because of the fact how The Witcher 3 is built”
23.01
Key success factors for ZERO Sievert, top-down extraction shooter that generated over $1 million in its first week
23.01
Dragon Age: Dreadwolf production director Mac Walters leaves BioWare after almost 20 years
23.01
All news
Industry News 21.08.2019 13:49

Perfect World, Valve’s partner in China, announced today the lineup of games that will be launched on the upcoming Steam China platform.

The announcement came during the International 2019, the Dota 2 tournament that is held in Shanghai this year. 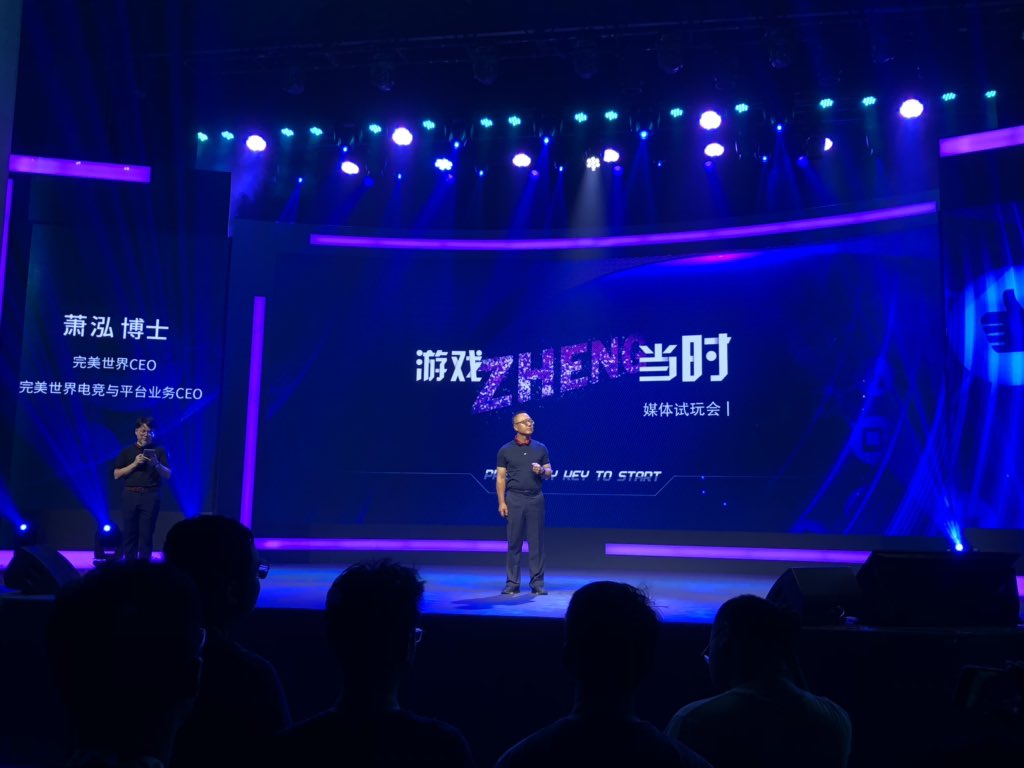 The initial roster of games that will be available on Steam China icludes around 40 titles. Among them are Valve’s Dota2 and Dota Underlords, Descenders from No More Robots, Risk of Rain 2 from Hopoo Games, Absolver from Devolver Digital, Subnautica from Unknown Worlds Entertainment, as well multiple titles from Chinese and Japanese studios.

Steam China, known domestically as “Zhengqi Pingtai,” is independent from the global version of Steam. Steam itself is not blocked in China like Facebook or Google. In fact, there are around 30 million Chinese users on Steam. However, Valve’s storefront is not officially approved either. Both gamers and publishers in China have used Steam for games that fail to meet the country’s stringent regulations and are not available on other platforms such as WeGame, China’s biggest PC games distribution platform.

Steam China is specifically tailored for Chinese users, according to Perfect World CEO Xiao Hong. First and foremost, it means that it will only contain games that are approved by the Chinese government. For Valve, the Chinese edition of Steam is a good way to comply with the country’s rules without affecting Steam in other countries.

So that’s excellent news for Western developers like No More Robots that have had difficulty finding a partner in China. Even so, according to the studio’s director, Mike Rose, in 2018, around 30% of Steam units sold for Descenders have come from Chinese players, compared to 24% in the U.S.

Chinese gamers, however, remain concerned. The arrival of Steam China might prompt the government to completely ban the international version of Steam in the country.

Following the announcement of the platform last year, many Weibo user said they were bleeding green blood, which is a reference to the color of blood in the violence-free government-censored games.