John Carmack on video game preservation and why companies suffer more harm by destroying something dear to players
06.02
Jeff Gaimon on expanding EA Originals beyond just indie games: “It’s like a menu. It depends on what devs want”
06.02
Microsoft’s chances of clearing Activision Blizzard deal in US and Europe to fade away if UK watchdog decides to block it
06.02
It Takes Two hits 10 million unit sold. “Nobody expected this,” says Josef Fares
03.02
Over 1 million Chinese players apply for refunds due to expiration of Blzzard’s agreement with NetEase
03.02
NCSoft West lays off 20% of employees as part of ‘global realignment’
03.02
Organic discovery and app store featuring to be declared dead in 2023, according to Deconstructor of Fun
02.02
Dwarf Fortress made $7.2 million in January, 44 times more than in all of 2022
02.02
PlayStation reports 53% Q3 revenue growth, driven by strong sales of consoles and third-party games
02.02
Tenjin and GameAnalytics release Q4 Hyper-Casual Games Benchmark Report
01.02
All news
Industry News 29.07.2019 16:09

Naughty Dog – not a a studio for everyone

Naughty Dog is behind some of the most beloved titles of all times including The Last of Us and the Uncharted series. The studio is also unique in not having producers or production managers to run things. Instead of conventional managerial structure, the company relies on department leads to steer production processes. Sounds very cool, right? Nobody to impose crunch on developers. Except it’s not that simple. 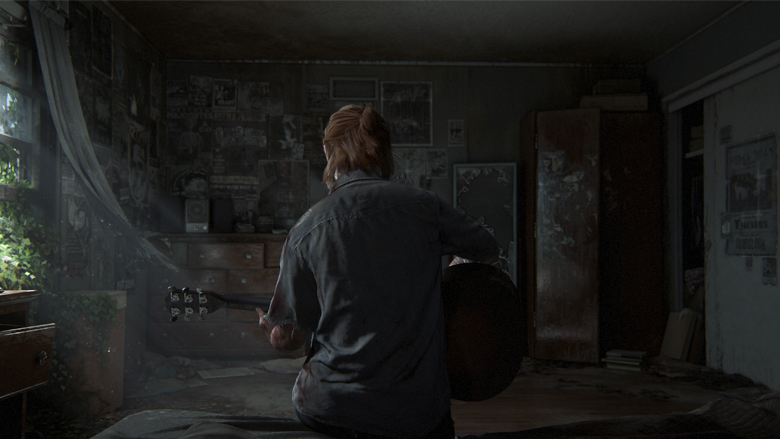 The Last of Us Part II reveal trailer

COGconnected talked to more than a dozen of ex Naughty Dog employees about the crunch situation at the studio.

Most sources unanimously confirm that no mandated crunch exists at Naughty Dog.

However, there is no denying that people still work extra hours. And sometimes, that’s a lot of extra.

“I remember hitting 100 plus hours the final week of development on The Last of Us,” said one of the sources.

While not demanded by the managers, crunch is still present in the culture through peer pressure. Working side-by-side with undeniably brilliant and devoted people makes one want to work as hard as possible.

“You can certainly join ND and work eight hour days,” they concluded, “but since people around you are putting in so much effort, you can’t help feel compelled to do what you can so their efforts aren’t limited by you.”

Again, formally, it’s everybody’s choice. However, as one of the sources disclosed, important decisions were often made after hours, so if people left at seven they were also left out. Plus, those who chose not to pull those long hours were openly or implicitly criticized by those who did. Things even existed specifically to encourage crunch, such as nice “crunch dinners.”

And then there is sheer amount of work. Even if people weren’t expressly requested to crunch, they were still given the amount of work that, according to one of the sources, “is just too much.” You would think that moving the launch date might help alleviate the crunch, but the extended time is generally used to add more stuff. And here’s where having no production managers actually does people a disservice. Features are added or changed and there is nobody to monitor how it affects the production schedules.

To be fair, those who felt “burnt out” were allowed to “leave at seven every day instead of staying late, but it was usually because of medical reasons.”

Still other sources, while acknowledging the crunch, emphasized that it was always “by choice” and due to “a culture to strive for perfection”. Because of that culture, Naughty Dog is not a “a studio for everyone.”

“While it certainly wasn’t ideal, it was also very exciting, and I never felt that any of my co-workers were punished or retaliated against if they did not work the increased hours,” a source said. “It’s my view that crunch at Naughty Dog is ultimately a by-product of the company culture.”

Naughty Dog and Sony Interactive chose not to comment on this. So let’s just hope that the studio that is famous for its wonderfully humane stories remains equally attentive to the actual people behind the games.