Chris Zukowski: Steam can only promote up to around 500 indie games per year
30.01
Wargaming top manager called a terrorist by KGB Belarus
30.01
AI USE CASE: How a mobile game development studio saved $70K in expenses
27.01
Sensor Tower: Subway Surfers was most downloaded game in Q4 2022, but the Stumble Guys showed fastest growth
26.01
The Day Before loses its page on Steam. Developer cites trademark complaint
25.01
125 games industry professionals from 85 companies attended WN Connect business event in Belgrad
24.01
Blizzard caught up in scandal. Again. This time it is all about ranking its employees
24.01
Cyberpunk 2077 quest director Paweł Sasko on game’s non-linearity: “Players expected more because of the fact how The Witcher 3 is built”
23.01
Key success factors for ZERO Sievert, top-down extraction shooter that generated over $1 million in its first week
23.01
Dragon Age: Dreadwolf production director Mac Walters leaves BioWare after almost 20 years
23.01
All news
Featured 27.06.2019 16:23

According to Bethesda’s blog, Germany will get the uncensored version of Wolfenstein: Youngblood for the first time in the history of the MachineGames’ series. 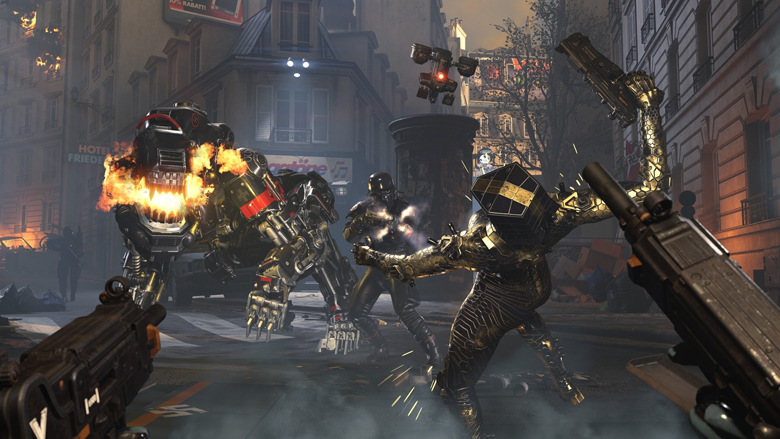 When the previous installment, Wolfenstein II: The New Colossus, came out in Germany, Bethesda had to remove swastikas and even Hitler’s iconic mustache, effectively replacing the character with an anonymous Nazi party official.

Youngblood will not be similarly denazified in Germany due to regulatory changes that came into force in August 2018. Under the new regulations, Germany’s Entertainment Software Self-Regulation Body (USK) is now able to allow the release of +18 rated games featuring “symbols of unconstitutional organizations” as long as they meet “social adequacy clause.”

In fact, the USK has approved both the international and the German versions of Wolfenstein: Youngblood. Bethesda developed them in parallel, not knowing initially if the German edition would get the same treatment as the international one. Following the decision of the USK, Germany will get two separate editions featuring identical content. The original international version will be in English, while the localized version will be in German. It means that switching between the languages will not be possible.

“It is important for us not just because we want the recognition in terms of the equal role, but also because we want to be part of the social discourse – in the face of tendencies towards discrimination, racism and anti-Semitism, in Germany and worldwide.

It’s our responsibility to speak up for an open and inclusive society, which we can do with our games, as an art-form.”

Wolfenstein: Youngblood comes out on July 26.