Chris Zukowski: Steam can only promote up to around 500 indie games per year
20:40
Wargaming top manager called a terrorist by KGB Belarus
17:19
AI USE CASE: How a mobile game development studio saved $70K in expenses
27.01
Sensor Tower: Subway Surfers was most downloaded game in Q4 2022, but the Stumble Guys showed fastest growth
26.01
The Day Before loses its page on Steam. Developer cites trademark complaint
25.01
125 games industry professionals from 85 companies attended WN Connect business event in Belgrad
24.01
Blizzard caught up in scandal. Again. This time it is all about ranking its employees
24.01
Cyberpunk 2077 quest director Paweł Sasko on game’s non-linearity: “Players expected more because of the fact how The Witcher 3 is built”
23.01
Key success factors for ZERO Sievert, top-down extraction shooter that generated over $1 million in its first week
23.01
Dragon Age: Dreadwolf production director Mac Walters leaves BioWare after almost 20 years
23.01
All news
Marketing 29.04.2019 18:21

Julia Lebedeva: “If everything falls apart without you, start working on your project management skills”

With just slightly over two weeks before the CEO Summit, we catch up with Julia Lebedeva. Julia is the head of the White Nights Conference organizing committee and VP Business Development at Nevosoft.

The topics include her daily routine, managerial duties, and, of course, the upcoming summit. 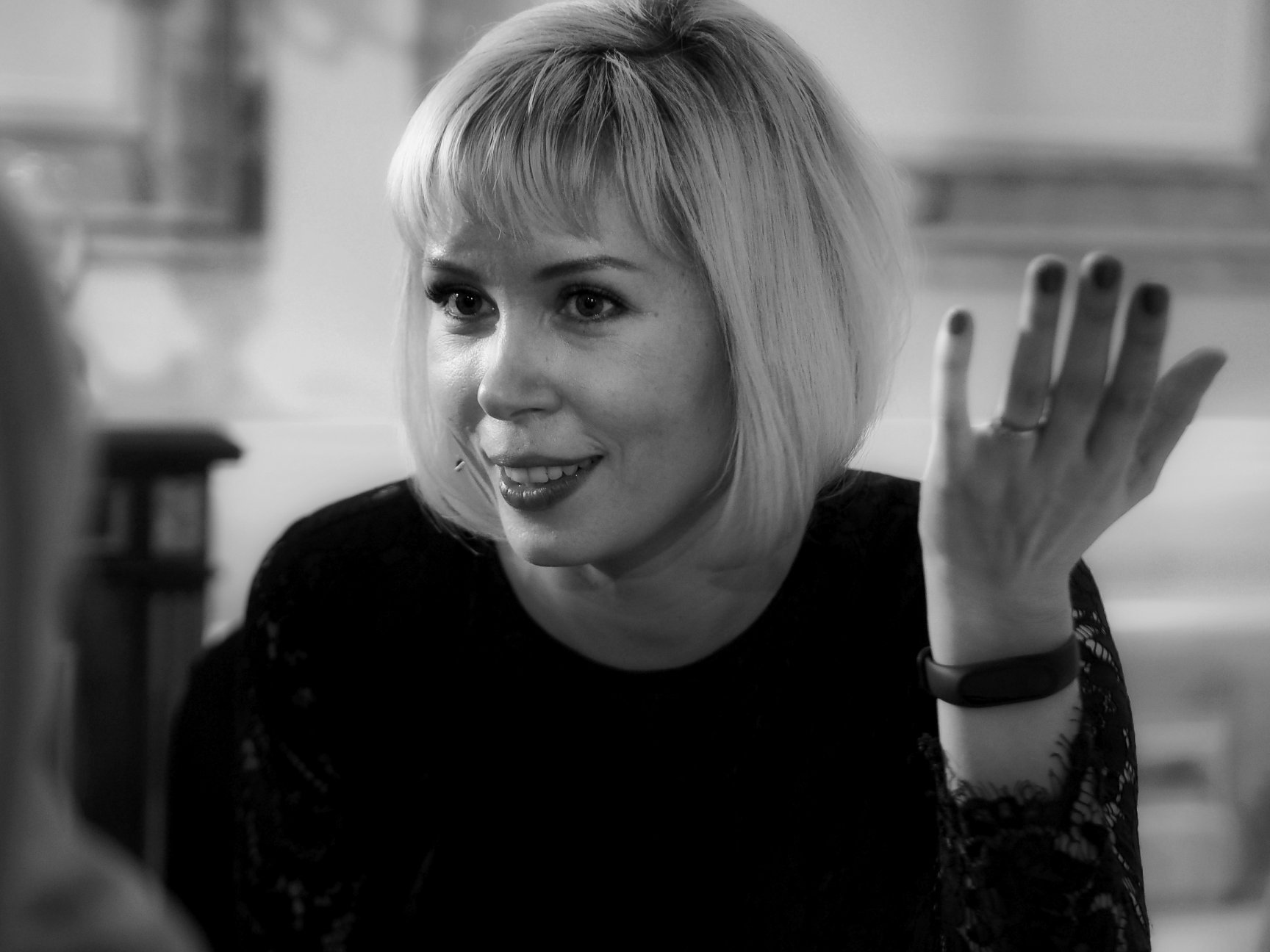 While we talk, Julia keeps answering phone calls and messages. Since 8 am, she’s been moving forward with a number of contracts, tweaking the agendas for the two conferences (in Barcelona and St. Petersburg),  and commenting on a newly launched online magazine Game World Observer. But she’s not in the office. She is on sick leave.

GWO: Do you miss the time when you didn’t have to start your day at 8 AM to meet all the deadlines, and  the phone just didn’t keep ringing forver?

Julia Lebedeva, head of the White Nights Conference organizing committee: It doesn’t have to be 8 AM necessarily. Sometimes I start at 7 AM (laughing).

I am not an early riser by any means. I started beginning my day early a couple of years ago.

Did you have to?

Julia: I wanted to. For two reasons.

First of all, if I start before 8, I avoid traffic on my way to work. It only takes me 25 minutes to get to the office by taxi. When I used to leave home later and use public transport, it sometimes took me as long as an hour.

Secondly, this first hour at work, when I’m all by myself, might just be the most productive part of the day. I can get many things done that require a lot of attention. Nobody’s texting me, calling me, asking me questions.

So you have to come in early to take on multiple tasks – does that mean you actually miss the time when thing were quieter?

Julia: I wouldn’t say that. It’s a matter of personal efficiency.

Come to think of it, I don’t even remember a time when I was less busy. What’s the point in working at half capacity anyway? I’d rather a rest instead!

And this is usually a problem, isn’t it? When the tasks just keep piling up, how do you take a break for a week?

Julia: With the right team, it’s not a problem.

It’s an illusion that the moment you leave, everything will fall apart.

What if it does?

Julia: If everything falls apart without you, you might want to change something and start working on your project management skills.

It’s especially true for modern-day managers as they spend so much time out of the office travelling on business. You can’t control everything when you are on a business trip. Things should keep functioning even if you are away.

What about you? Do you travel on business a lot?

Julia: This year alone, I have been to London, Berlin, Barcelona, San Fracisco, Berlin again and Dubrovnik. That would amount to 110 hours I spent on the road (including trips to the airport and back, waiting for my flights, flying, etc.). Basically, out of the first four months of 2019, I spent one traveling on business around the world.

My husband sometimes jokes that he should have married a saleswoman in the store next door — at least he would see her more often. And it’s not just that. You barely have time to catch your breath during business trips, you want to take most of your opportunities, so you just go on communicating day and night. And there is a particular charm to it — you get to see lots of beatiful places, eat deliciously unusual food, meet the best of the best in the industy. As exciting as it is, you get tired eventually. The older I grow, the more I appreciate the time I can spend home with my family.

So yes, whether you travel on business or on vacation, the show must go on back at the office. Anyway, it think it’s more dangerous not to go on vacation. That’s how people break and burn out. Physically, if not psychologically.

I try to take at least three vacations a year. Even a week’s rest can help me get back in shape and recharge.

Given your busy schedule, how do you hold on between vacations?

Julia: Today when you have to pull extra hours every now and then, sports really help me out. 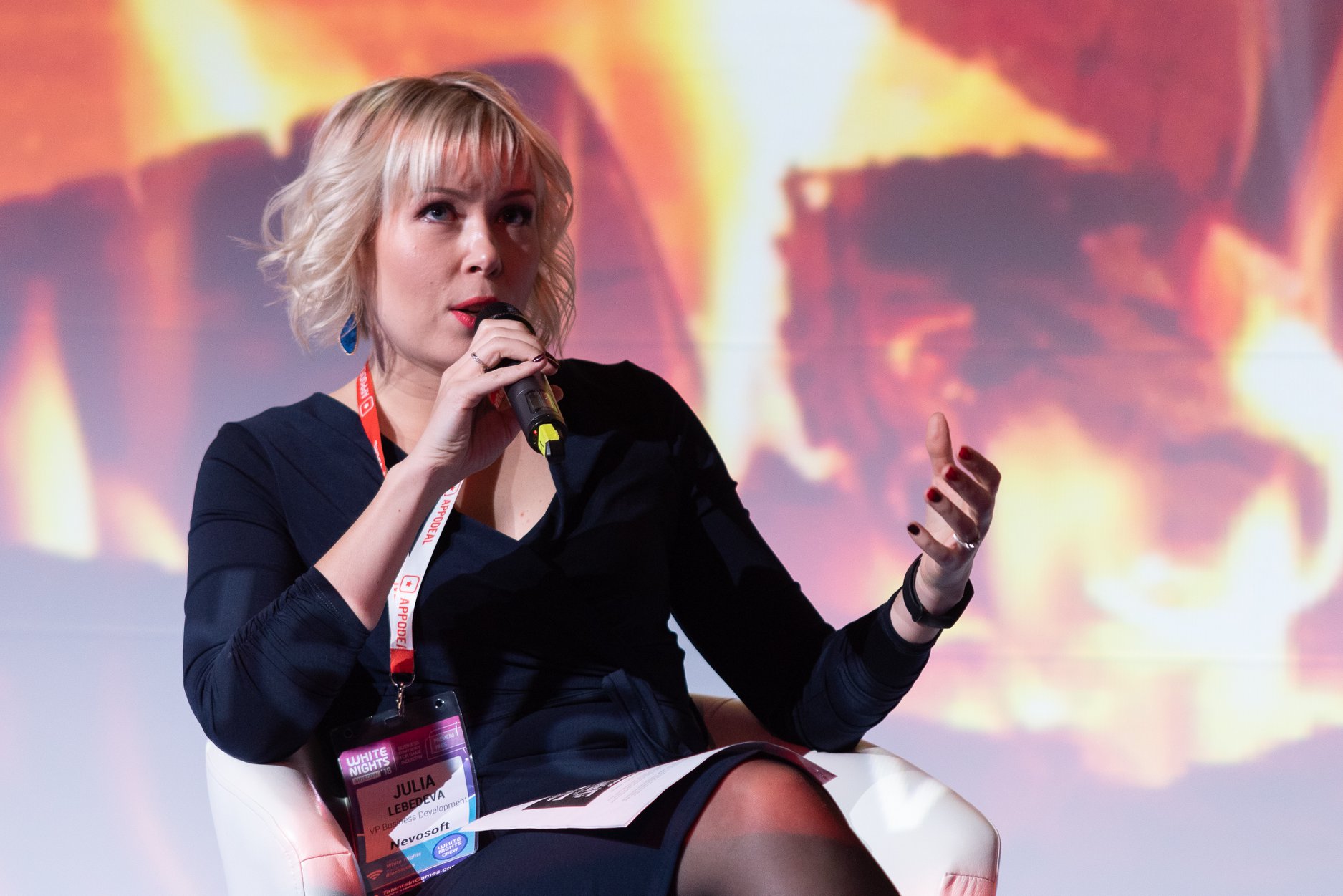 It takes a lot of willpower.

Julia: Speaking of willpower. I found the solution to this problem a couple of years ago. I am a very responsible person. If I made a promise, I have to keep it. That’s how it works between me and my personal trainer. I don’t go to the gym because otherwise I would have to pay for canceling a session. I go because I made a promise. I know that my trainer is waiting for me!

So I just go, willy-nilly. I do power training three times a week. Yes, it’s hard to make myself do it, there can be some whining, but I still go. And then during the workout, it gets easier, I feel stronger. Physically, morally.

To be fair, I wouldn’t be able to pull if off without my trainer. She puts together a program for me, she makes sure I do everything right, so I can just switch my brain off, take a break from thinking. That helps a lot.

You now hold the postion of VP Business Development. Before that, you were a department manager. Now that you are in a different league, what has changed for you?

Julia: Nothing, really. I always tried to do thing as best as I could. That’s what I still do. Of course, the price of mistakes has increased. You have to keep track of a bigger number of things. That means more stress – everything needs to be done on time without compromising the quality.

You might think that the bigger the team is, the more people work on your problem. Well, I wish. We only hire people to work on specific tasks. Their number is growing, and so is our team. But as a project manager, I have to tackle an additional task of managing these extra people.

I am not complaining, though! Quite the opposite! With the right team you can move mountains. Accomplish things you would never do on your own. But it’s not an easy life.

And now you are organizing an event for executives  — the White Nights CEO Summit. Is there a demand for this format?

What usually happens at a conference? You have several meetings, one by one, each lasting half an hour, tops. You only have time to briefly meet everybody and say hi.

Many people, many activities. Which is nice because you can address multiple questions in one go.

The Summit, on the other hand, gives decision-makers the opportunity to spend some quality time with partners, to connect with them in a calm environment.

Last year, I attended a similar event: two days and just a hundred of participants. Everybody I met there still remembers me, and we keep in regular touch. That means a lot in our industry. 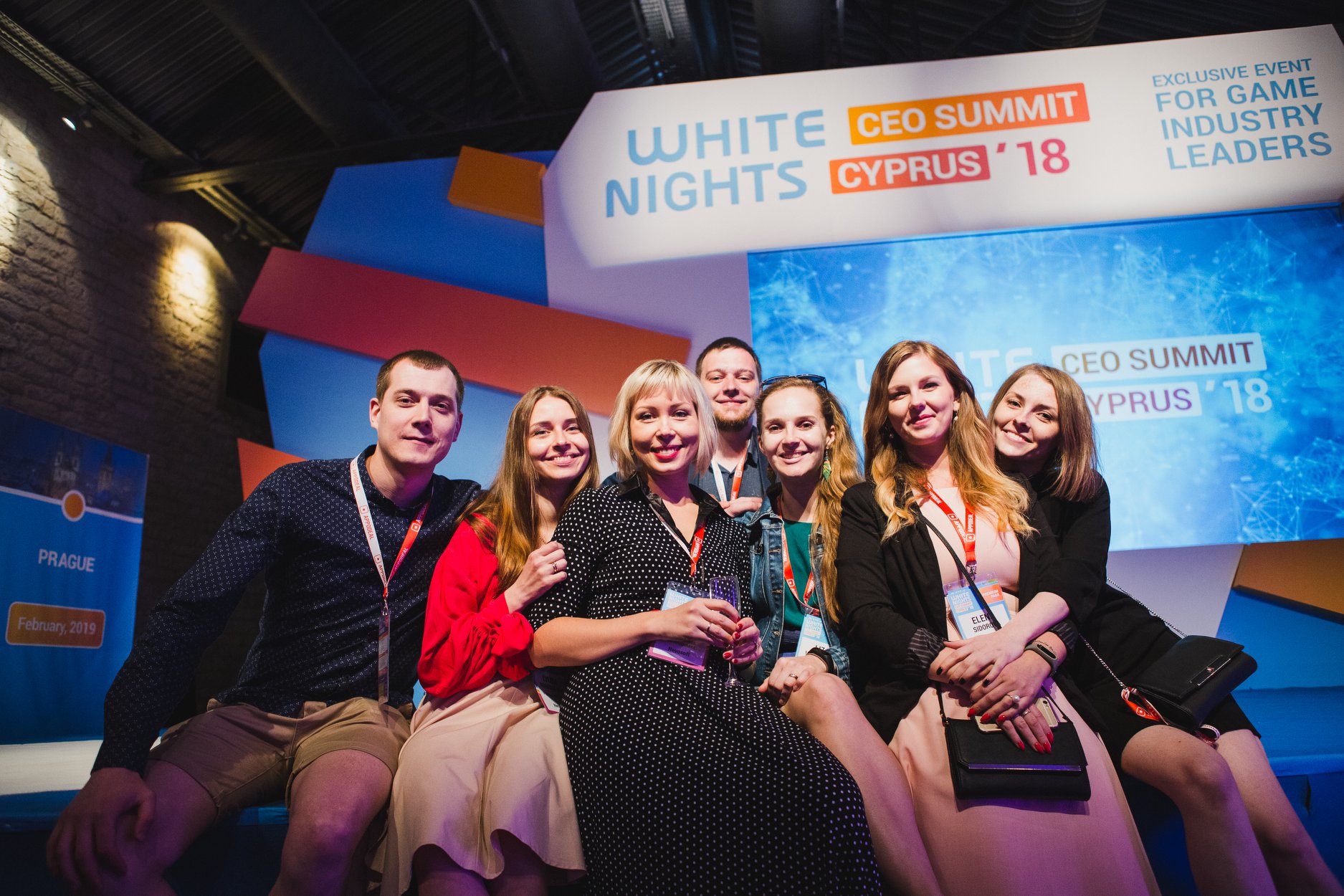 And you’ve organized an event like this before. It was in Cyprus. Why did you change the venue to Barcelona?

Julia: When we came up with the idea to do an event for executives, many game companies started relocating to Cyprus. Some studios had already moved there, others were considering the possibility. So we just took this opportunity to let our participants see for themselves how everything was in Cyprus.  That was the catch. But now, whoever wanted to learn more about Cyprus, did. So there was no point in sticking around. Besides, the White Nights Conference is an international event, and it’s not particularly convenient to get from Europe to Cyprus.

Barcelona, on the other hand, is a beautiful city, it’s warm and tasty there, and most importantly, there are many direct flights from everywhere. Plus, even if Barcelona is not the world’s game capital, it’s close enough to being one..

Let’s see… Gameloft, Ubisoft, GSN Games, King, IGG, Social Point, Scopely, ZeptoLab, and Outfit7 have offices there. And it’s just the big ones, there are smaller companies based there as well.

Speaking of the CEO Summit, what else is different this year, except the venue?

Julia: A couple of things that we improved.

First of all, no stage this year. Last year, we had two keynote speeches and four panel discussions.

But with an event like this, every participant has something to say, to share. You don’t have people who only come to learn from others. So there is no point in selecting several speakers. Everybody is a speaker, everybody should be involved.

So we decided that CEO Summit 2019 should be about networking. Instead of the stage, there will be roundtables, each one for up to 10 people, working in parallel, on different topics. You can have a look at the agenda here.

Once registered, every participant receives a form and sings up for one of the roundtables. Alternatively, they can simply have meetings, spontaneous or planned via our White Nights Business Assistant app.

Secondly, the Cyprus event kind of struggled with Day 2 retention. After some active networking during the pre-party, the first day and the main beach party, many failed to show up on the second day or only arrived for the final hugs. “How do I change it?” I thought to myself. Boats! Tha’s how! The second day of the СЕО Summit in Barcelona will take the participants on a boat trip. We pull off at 12, there is no option to show up later. After two hours on a boat, we’ll have lunch in a restaurant with a view in the harbour.

Julia: The full list of the registered participants is available here.

Among them are the executives from King, Netmarble, Tencent, Google, Small Giant Games, Wooga, Facebook, Scopely, Social Point, Plarium, G5, Zeptolab, Nevosoft, VK, and many others.

There is still time to sign up! The White Nights CEO Summit will take place on 13-14 May.