Why Apex Legends Mobile got shut down despite being EA’s sixth highest-grossing mobile game in 2022
21:14
Nintendo announces 10% pay raise for all Japanese employees to drive long-term growth
16:31
Activision Blizzard posts record quarterly bookings on Blizzard’s strong growth and Call of Duty blockbuster sales
14:21
Microsoft’s chances of clearing Activision Blizzard deal in US and Europe to fade away if UK watchdog decides to block it
13:01
John Carmack on video game preservation and why companies suffer more harm by destroying something dear to players
06.02
Jeff Gaimon on expanding EA Originals beyond just indie games: “It’s like a menu. It depends on what devs want”
06.02
It Takes Two hits 10 million unit sold. “Nobody expected this,” says Josef Fares
03.02
Over 1 million Chinese players apply for refunds due to expiration of Blzzard’s agreement with NetEase
03.02
NCSoft West lays off 20% of employees as part of ‘global realignment’
03.02
Organic discovery and app store featuring to be declared dead in 2023, according to Deconstructor of Fun
02.02
All news
Industry News 29.03.2019 17:01 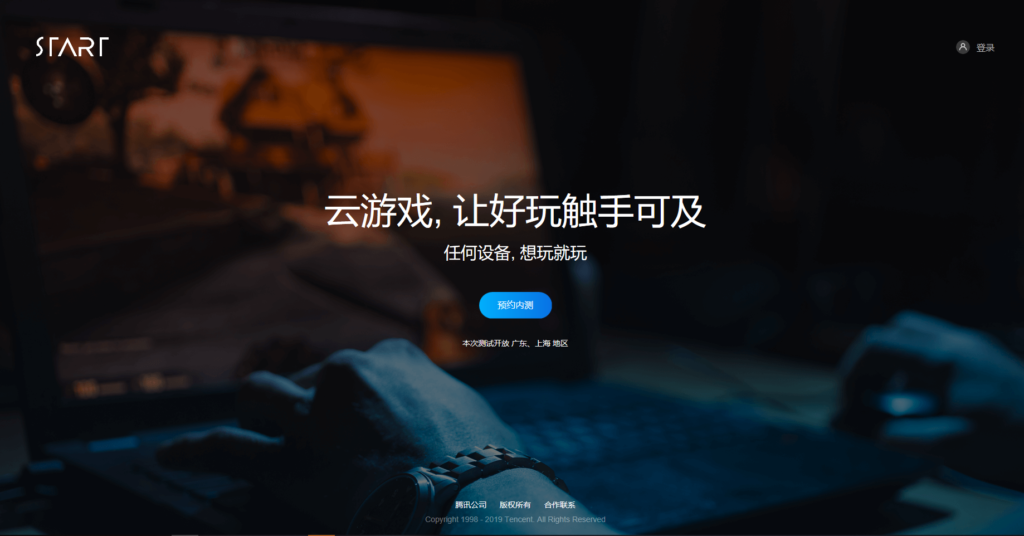 To be fair, according to TechWeb, the public testing of the service was open as early as March 20, 2019, only a day after Google announced Stadia at GDC 2019. While a lot of uncertainty surrounds Google’s streaming platform, still less is clear about “Start.”

So far, public testing is only open to the users in Shanghai and Guandong. The players from other regions have the option of registering to be notified when the service becomes available in their countries.

The idea behind the Tencent initiative stems from the popular concern that, given the existing hardware limitations, the quality of streaming will be uneven in quality and price from region to region. To adequately experience cloud gaming, player will be better off relying on the domestic infrastructure.

Moreover, this undertaking enjoys the full support of Unity Technologies. Its CEO John Riccitiello stated at GDC that his company would help Tencent develop cloud services in China.

And again, contrary to its name, “Start” is not even Tencent’s first take on cloud gaming. In February the company announced at Mobile World Congress 2019 that it would be partnering with intel to launch “Instant Play,” another cloud-based gaming service.

It seems that the message “The future of gaming is not a box” really resonated with the global market players. As the cloud gaming train is beginning to gain speed, more and more companies will want to jump on board.