On March 27, 2019, CD Projekt released the financial results for fiscal 2018 and shared a number of internal figures ranging from the number of employees to the distribution of The Witcher 3 sales across hardware platforms. 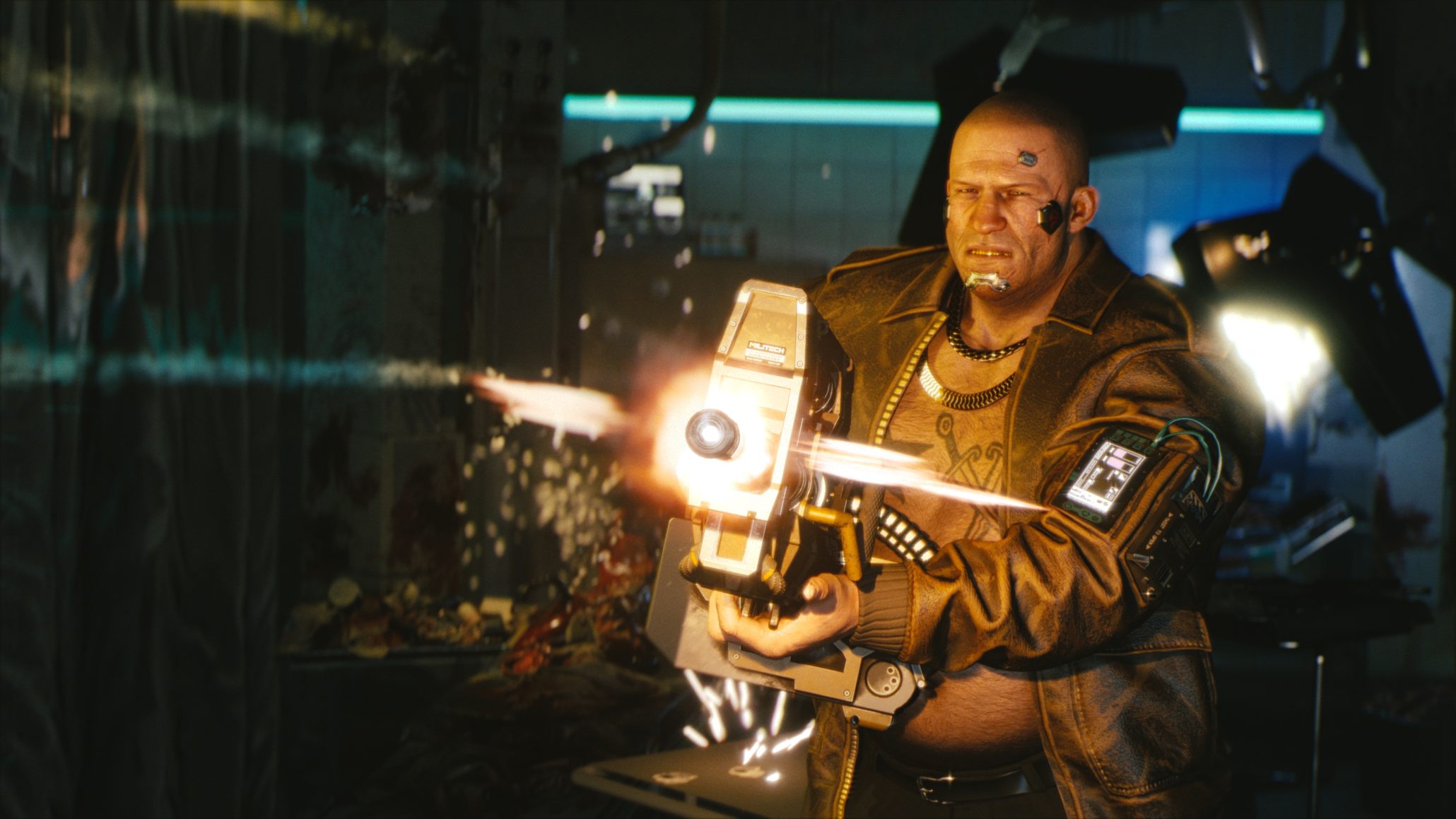 The net revenue of the CD Projekt group in 2018 was about € 25.4 million, which is roughly half as much compared to 2017. This is due to two main reasons. Firstly, the company experienced a significant decline in sales, despite the two new releases (Gwent and Thronebreaker). Secondly, the development costs increased by 70%.

As far as sales are concerned, in 2018 they amounted to € 85 million. Again, it’s not on par with 2017 when the company earned € 109 million. The new releases didn’t fare so well, and the dwindling sales of The Witcher 3 didn’t help either.

Notwithstanding the above, CD Projekt’s assets keep growing. As of the end of 2018, the company had € 262 million on its accounts. 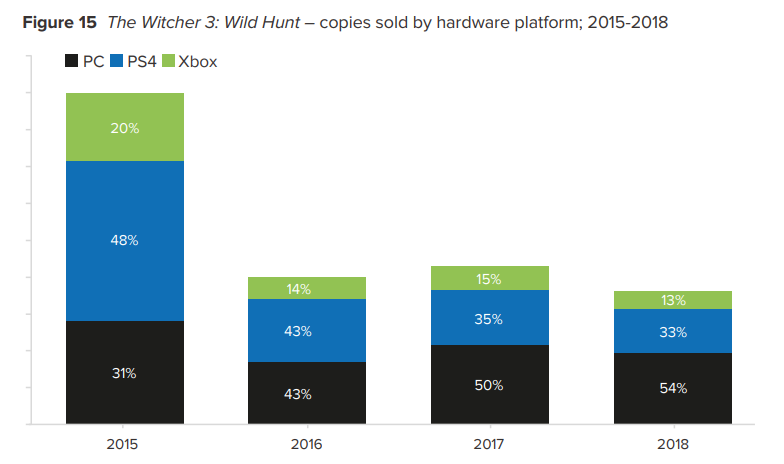 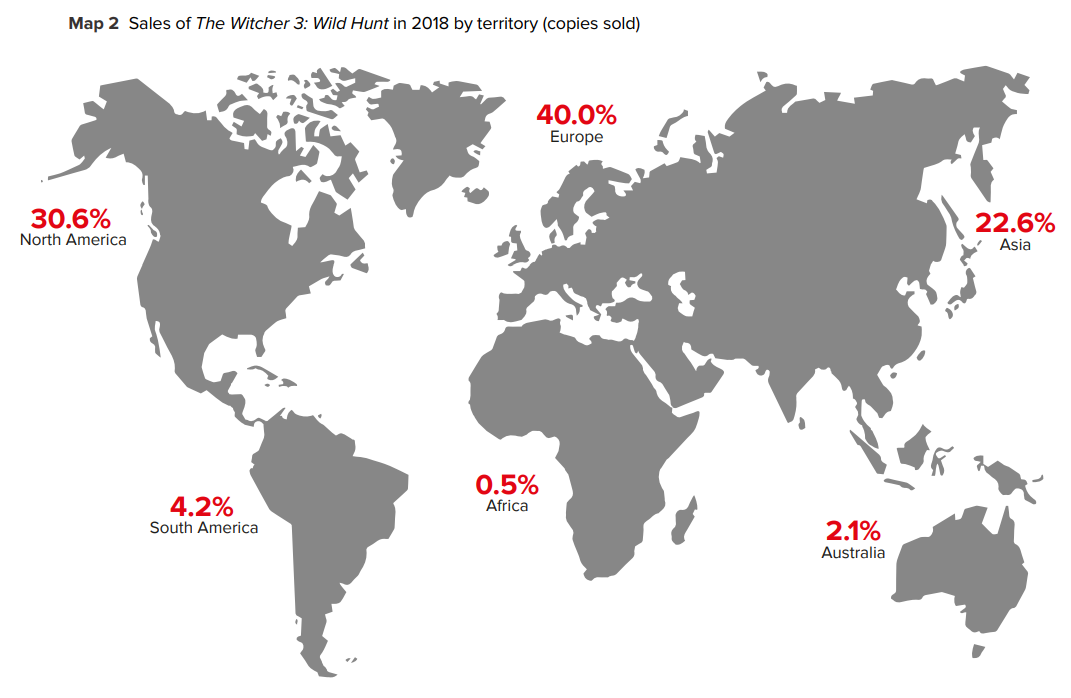