Today action-adventure is a complex genre with a big variety of standards and principles. We talked with John Pearl, the Design Director at Gunfire Games, about the main principles of working on levels of Darksiders III. 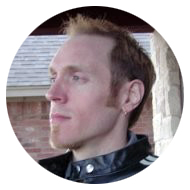 Hi! First, tell us please a few words about yourself. What role do you have in Darksiders III development? What did you do before?

Before Darksiders III team started development of the game, have you had a basic vision of what types of levels you want to see in the game and what types would be odd?

With the previous Darksiders games we’d established visual themes and ideas that we wanted to make sure we revisited with this one. Darksiders II was a little more open ended from a world development point of view because it mostly took place in other previously unestablished realms, while Darksiders 1 took place primarily on Earth. With Darksiders III and returning to Earth we wanted to hit familiar ideas and expand upon the things we felt were the most successful. Along with this we wanted to add some surprises and new ideas to the mix to keep things fresh.

Does the team of Darksiders III have a list of things that are necessary for each level and list of unwanted elements?

From a high-level point of view, we try to find the memorable moments or water cooler moments. Fun, unique experiences that will really stick with the player long after they have stopped playing.

How do you prepare for the creation of each level?

Most level design ideas start from key concept art pieces. A single art piece can generate all kinds of cool ideas for a level. Early design of a level will often be sketched out on paper or on a whiteboard. This allows for fast iteration and feedback. It will likely go through a few iterations at this stage before we move on.

What is the first production step after you have decided that you need to make a definite level with a definite style and story?

This is usually the high-level brainstorming portion of development. Often this involves sketching out level sequences or room to room navigation to get some ideas for the flow of a given level. This can happen on paper or in engine using primitive shapes. It’s really about getting a feel for the space and how it works together at this stage. If there are specific story beats or pacing moments we want to establish, we’ll often need to take the space required for that into consideration.

As I know there is a common standard that first versions of levels are made of primitives. How tough is this stage and how many iterations does the level usually need to become acceptable?

Internally we refer to this as the blueroom stage. Basically, this is the point where we try to feel out the space and layout of a level. It really allows us to figure out how the rooms and levels connect before they get too detailed. The real key at this stage to ensure there won’t be a lot of rework later is to lock in metrics and distances. Early in a project, this stage will require a lot of iteration as we’re trying to lock in the player character’s movements and abilities. Once we’ve figured out a few level sequences, and really locked in the metrics, this stage can go a lot faster on later levels.

By the way, how do you know that the level is okay? What is an indication that something is going wrong and you need to redesign it?

This usually comes about by playing it repeatedly. If something isn’t right, it usually becomes apparent after multiple playthroughs. Sometimes it’s a matter of bringing in a set of fresh eyes to play through a level. Playtesting internally is really important at this stage.

When the level is done in primitives, what do you do next?

After rigorous testing we’ll often hand it off to the Environment Art team to do a shell pass. This is where they get in the assets that will make up the “shell” of the level. This includes the floors, walls, etc. that make up the level. Very little detail work, prop placement, or set dressing is done at this point. It’s meant to lock in the space of the level and give it some context to the look of the level.

If we are talking about further visualization, how many steps does it have? And what difficulties do you usually face during this stage of level development?

The steps from this point on can really vary and it gets a little harder to call out individual steps. After the level blueroom has been approved, there is a lot of back and forth between design and art where both disciplines are working on the level. It’s really cross discipline work that occurs to complete a level after this point.

There’s a lot of back and forth. Often mechanics are planned early on in pre-production, but you don’t know how they’ll really play until you get to test them in a level. Also, their function can change as we see how they play in the levels. Additionally, once levels start coming on line we’ll often add mechanics if we find the player’s toolset lacking in any way.

One of the most important things in the game design of action-adventure today is a pacing. Is there any silver bullet that can help to make the right balance between puzzles, exploration, and fights?

Most the time for us we plan something out, implement it, play it, iterate, iterate and iterate . Ability to iterate early is really the only silver bullet. The sooner you can get things in and working the sooner you can identify issues and generate solutions.

For the last five-seven years levels of action-adventure games have become more complicated. Today it is very common that they look like sandbox games or role-playing games. What do you think about this?

I think there’s a natural evolution that’s occurred in gaming when it comes to the blending of traditional genres. Action-Adventure games are no different. There’s more focus on stats, progression as well as a focus on character development. I think it makes the experience a lot more robust and fresh for players.

In this situation do you think that players are ready for the less complicated game with more flat design (I mean, if The Legend of Zelda: Ocarina of Time was published today, would it be still a hit)?

Good game design can stand the test of time. That’s why people were clamoring for the NES/SNES mini-consoles. Part Nostalgia, but also a lot of those old Nintendo games still offer a really solid gameplay experience and are still a lot of fun. Would a Zelda: OoT be a hit if released today is a little bit of a difficult question because if it didn’t exist back then, it wouldn’t have inspired so many games that came after it. If someone made a game identical to Ocarina, and Ocarina already existed? It would probably still be successful, but not revolutionary.

The last question is about Darksiders III. What should the colleagues from other game companies expect from your game and your levels?