It Takes Two hits 10 million unit sold. “Nobody expected this,” says Josef Fares
18:22
Over 1 million Chinese players apply for refunds due to expiration of Blzzard’s agreement with NetEase
14:58
NCSoft West lays off 20% of employees as part of ‘global realignment’
13:09
Organic discovery and app store featuring to be declared dead in 2023, according to Deconstructor of Fun
02.02
Dwarf Fortress made $7.2 million in January, 44 times more than in all of 2022
02.02
PlayStation reports 53% Q3 revenue growth, driven by strong sales of consoles and third-party games
02.02
Tenjin and GameAnalytics release Q4 Hyper-Casual Games Benchmark Report
01.02
Chris Zukowski: Steam can only promote up to around 500 indie games per year
30.01
Wargaming top manager called a terrorist by KGB Belarus
30.01
AI USE CASE: How a mobile game development studio saved $70K in expenses
27.01
All news
Industry News 27.12.2022 15:03

Tim Sweeney on AI art: “I don’t want Epic Games to be a company that stifles innovation”

Epic Games CEO Tim Sweeney has commented on the recent AI controversy and artists’ protests. While acknowledging copyright concerns, he noted that ArtStation won’t be banning this content by default, lest it become a gatekeeper that hinders progress. 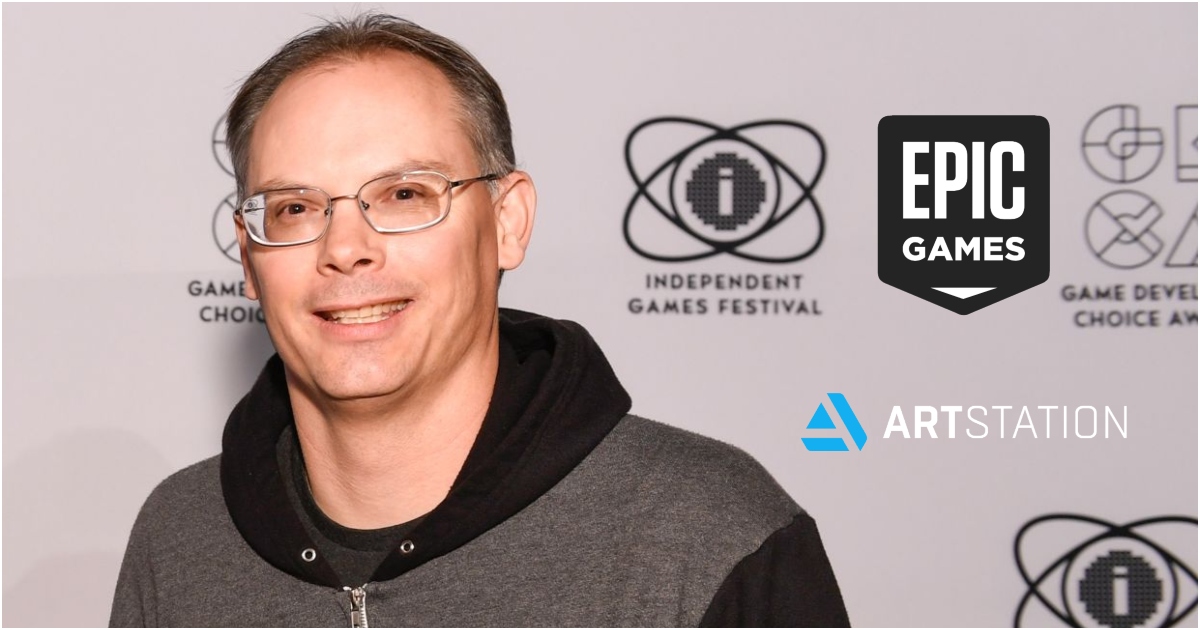 The whole conversation started on December 12 when Tim Sweeney shared his thoughts on generative art, saying that AI has made “astonishing progress” in the past year.

This was around the time ArtStation, which was acquired by Epic Games last year, was facing a backlash due to the presence of AI-generated art on the platform.

AI has made astonishing progress in the past year, from dream-ish synthesis of images reaching mammal levels of perceptive complexity, to complex streams of text connected in seemingly logical ways. Seemingly!

He also noted that AI won’t replace real artists because these systems can’t generate original works of art: “They may just be creating derivative works of copyrighted art they were trained on, tainting all commercial use.”

On December 25, Sweeney replied to a user’s question about the need to regulate and fight the fact that these systems are trained on other people’s work. The Epic Games CEO said it depends on what the specific AI is learning and how it is applying its learnings.

However, he clarified that AI shouldn’t be banned completely. “I don’t want Epic to be a company that stifles innovation. Been on the wrong side of that too many times,” Sweeney wrote, adding that there are many companies that dictate their own rules. He cited Apple (of course) as an example of a platform holder that forbids developers from making their own payment systems.

Sweeney noted that many Epic Games artists are already experimenting with different AI tools that could become what Photoshop, Z-Brush, or Substance have become in the past. So the ultimate goal for the industry is to make sure that these tools help and support artists.

Lots of Epic artists are experimenting with AI tools in their hobby projects and see it as revolutionary in the same way as earlier things like Photoshop, Z-Brush, Substance, and Nanite. Hopefully the industry will shepherd it into a clearer role that supports artists.

The Epic Games CEO then tried to explain that platforms like ArtStation or Epic shouldn’t become gatekeepers banning all AI by default. He thinks that it will prevent the community from doing “purely lawful things with AI.”

Yes. This is Epic’s position based on our principles, combined with a believe that AI isn’t inherently odious or unworthy of inclusion in a respectable artists’ toolbox (though some particular uses of AI may be so).

Returning to the copyright issue, Sweeney said these questions will be settled over time. Until then, Epic has no plans to ban AI on ArtStation, instead giving artists control with the special NoAI tag and working on other content filtering tools.