It Takes Two hits 10 million unit sold. “Nobody expected this,” says Josef Fares
18:22
Over 1 million Chinese players apply for refunds due to expiration of Blzzard’s agreement with NetEase
14:58
NCSoft West lays off 20% of employees as part of ‘global realignment’
13:09
Organic discovery and app store featuring to be declared dead in 2023, according to Deconstructor of Fun
02.02
Dwarf Fortress made $7.2 million in January, 44 times more than in all of 2022
02.02
PlayStation reports 53% Q3 revenue growth, driven by strong sales of consoles and third-party games
02.02
Tenjin and GameAnalytics release Q4 Hyper-Casual Games Benchmark Report
01.02
Chris Zukowski: Steam can only promote up to around 500 indie games per year
30.01
Wargaming top manager called a terrorist by KGB Belarus
30.01
AI USE CASE: How a mobile game development studio saved $70K in expenses
27.01
All news
Dev Interviews 02.12.2022 13:31

The Netherlands-based studio Grumpy Owl Games has shared with us some tips for designing a turn-based combat system. They also used their own tactical RPG Untamed Tactics as an example.

Who are Grumpy Owl Games? 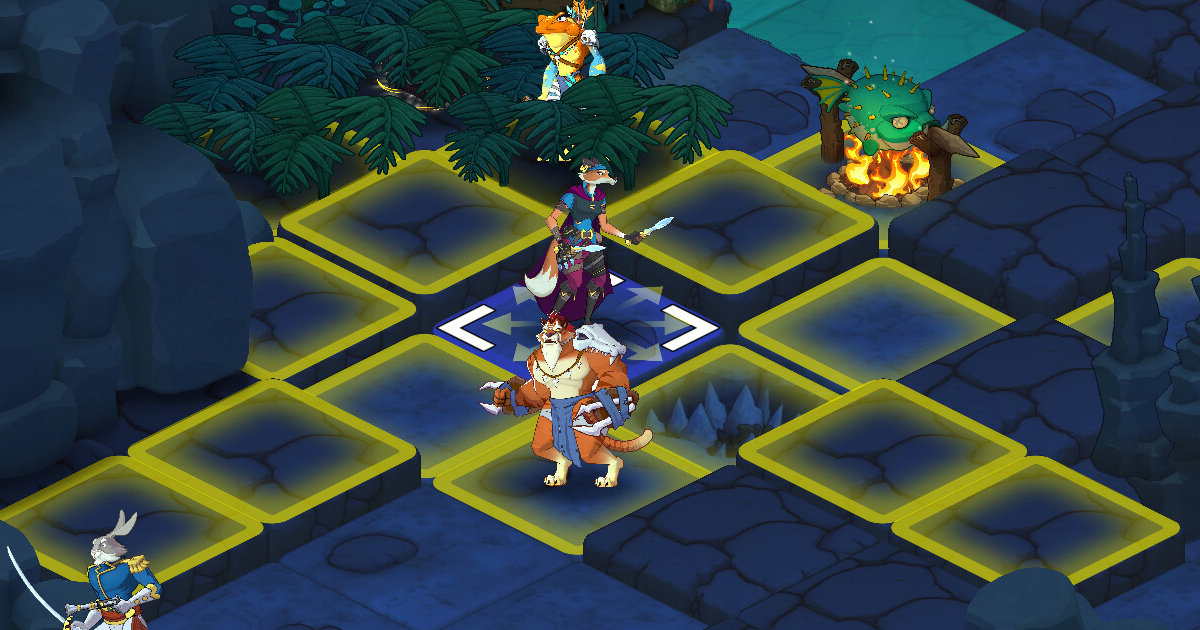 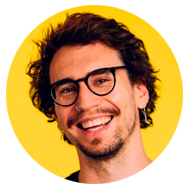 When is it better to pick up a turn-based combat system for the game?

In all seriousness though, turn-based combat focuses on an entirely different target audience and the wildly different gaming preferences and playstyles associated with that.

Basically, if time “stands still” until the player acts, they have more time to think. Moreover, turn-based games are often more accessible, as more novice or less skilled players can enjoy the game exactly as much as those with fast reaction times.

For Untamed Tactics, early on, we wanted the focus to be on strategic choice and making those decisions at the player’s own leisure, which heavily favors a player-input controlled game speed.

What are the first steps in designing a combat system?

One of the most important questions about a combat system’s core basics for us has always been: “What do we want the player to experience?”

Of course, the way we as game designers answer this question might change over time, depending on a wide range of variables such as the iterative nature of game design, playtesting results, and even market research or visual style changes.

Untamed Tactics had clear inspiration from the get-go:

Our combat experience improved iteratively over time as we discovered what worked and what didn’t in mashing together these two very different approaches.

One visual and budget constraint that had a large impact on our combat was that we couldn’t afford to detail each character from every angle. Instead, we drew just the front side of the characters placed on the battlefield. This made us focus on other parts of the combat loop like status effect variety and ability uniqueness to give it the same depth as a tactics game with facing. 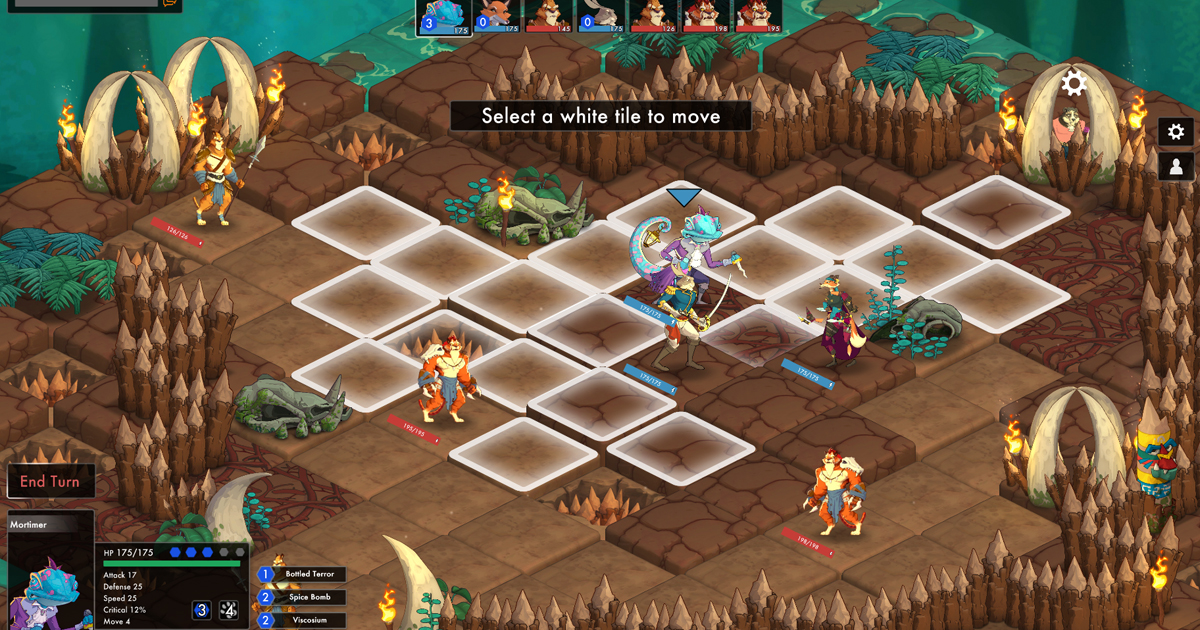 How many metrics and parameters should the combat system include?

A good combat system can be extremely simple. The most crucial part is that the core actions feel good to the players.

This can be very subjective, but with the previous “What is our desired player experience?” question in mind, try to come up with a variant of your combat system with the least amount of complexity, while still giving the players the core experience.

Adding complexity through additional systems, resistances or damage types can come later. Given that TRPGs are complex beasts by nature, it took us a long time to get a good feel for Untamed Tactics’ core combat loop. This was a problem, as it was difficult to see the impact of adding or removing systems during development when the core was lacking.

While we found a good balance in combat eventually, for our next project we will focus on core systems and polish only until that “clicks”, and then add additional elements.

How transparent should the combat system be to the player?

Balancing hidden player information is a delicate task. Go too far and the game becomes unpredictable. Be too transparent and the game is completely calculable for players.

Critical hit chance is a good example of this. While the attribute is visible, it can lead to unpredictability, resulting in either frustration or excitement, depending on how it is balanced against other variables (both hidden and visible).

For Untamed Tactics, we chose to keep this type of randomness quite low, with no hidden parameters except for the enemy AI and the procedural map generation. Randomness in the game’s combat is tied mainly to dodge chance, critical hit chance, and damage variability. 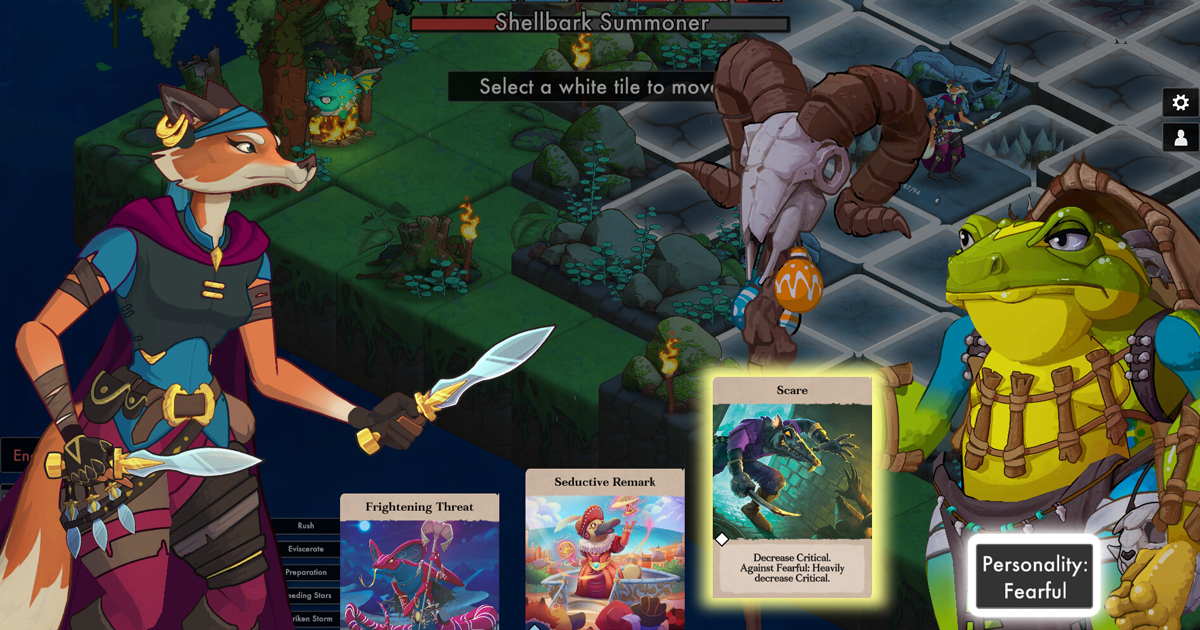 Is there the best formula to calculate damage? What are the most common approaches in this area?

Best practices for damage calculations are really difficult to formulate, since this heavily depends on the nature of the game. Attack and Defense values can, as an example, be flat (3 Attack vs. 2 Defense) or percentage-based (base damage + 150% Attack Damage vs. 57% Damage Reduction), which changes calculations drastically.

For Untamed Tactics, we switched back and forth several times between percentage-based modifiers for damage calculations. A balance between being easily visible and calculable for players and a good, scaling experience is what you will be looking for.

Moreover, for us, damage calculation needs to be plotted out taking into account resistance types, impact of critical hit chance and damage, the number of attacks per round, level scaling, etc.

Should the turn order be set, or is it better to calculate it separately for each round?

Turn order is another aspect of combat design that varies heavily on intended goals. Dungeons & Dragons, for instance, uses a set turn order based on an initiative roll/stat at the start of combat, simplifying turn order to not change all the time. This is easier for players to grasp, and easier to plan for, but can make a round of combat feel samey and predictable.

In games where a lot can happen in a single turn (such as grand strategy titles), the impact of turn order may be too large to account for among all the other changes. So it is better to keep it simple and predictable.

Dynamic turn order is what we use in Untamed Tactics. We take the Speed attribute to determine the turn order at the start of each round. This allows combat to flow more dynamically, and for status effects to influence the turn order directly. This increases the number of useful buffs/debuffs and makes turns feel different every time due to player agency. 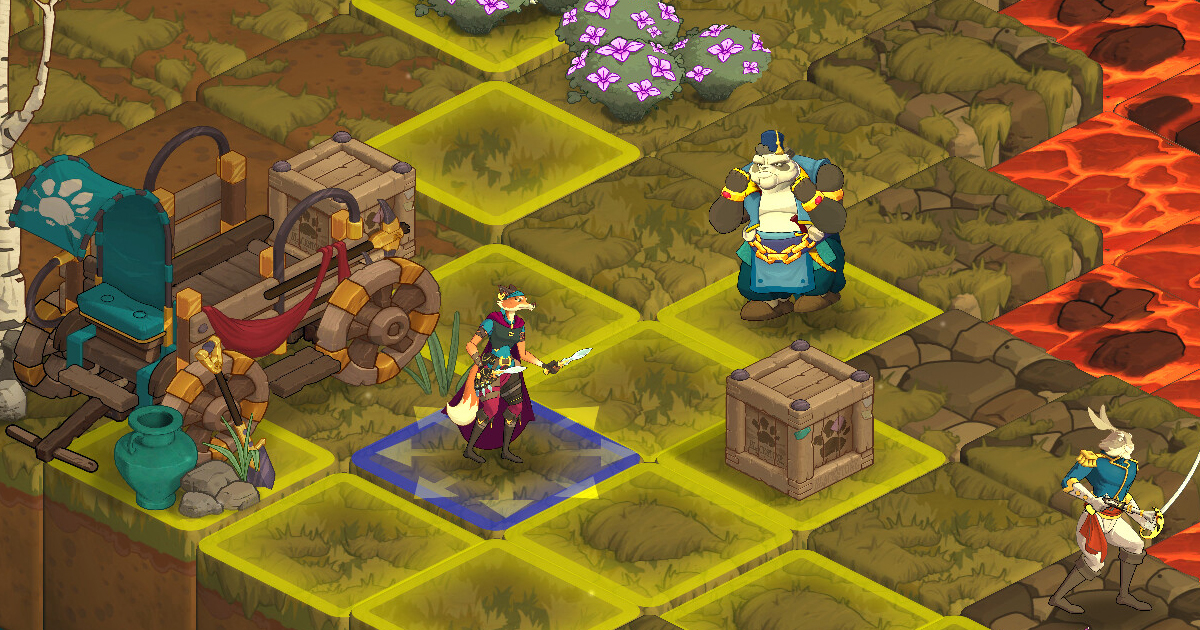 How important is having a playable prototype asap when designing the combat system?

In game development, prototyping can really show you if your game design actually meshes together or not. Mechanics on paper are just that, and the part where game design and development becomes an art more than a science, is how the game brings together all the separate aspects like mathematical calculations, sound design, and art style.

The X-factor of the game is almost never determined by one aspect, no matter how accurate or amazing your ideas on paper may seem. Even games that are basically a single-mechanic (e.g. Candy Crush) only have their impact through visual polish and the intricate reward mechanics that push players forward.

As mentioned earlier, Untamed Tactics took a while to really “get swinging”, as the various systems together is what makes the game fun and enjoyable. For example, without basic damage reactions to abilities, the VFX of abilities can be insanely beautiful, but those attacks will still feel like characters are being hit by a wet noodle.

What things should you keep in mind when balancing the combat system?

During development, a massive challenge was figuring out how to match perceived balance with actual balance. It is well known in game design that players often don’t want actual balance, they just want to feel as if the game is balanced.

In Untamed Tactics, a 50% critical hit chance will feel bad to players if it follows actual statistical rules, as it means you have a solid chance of not getting a critical hit for 4-5 times in a row.

Humans are notoriously bad at chance-based calculations. Building systems that compensate for this trait, such as increasing critical hit chance based on perceived chance, will make systems feel more fair to players, even when they are actually completely incorrect. 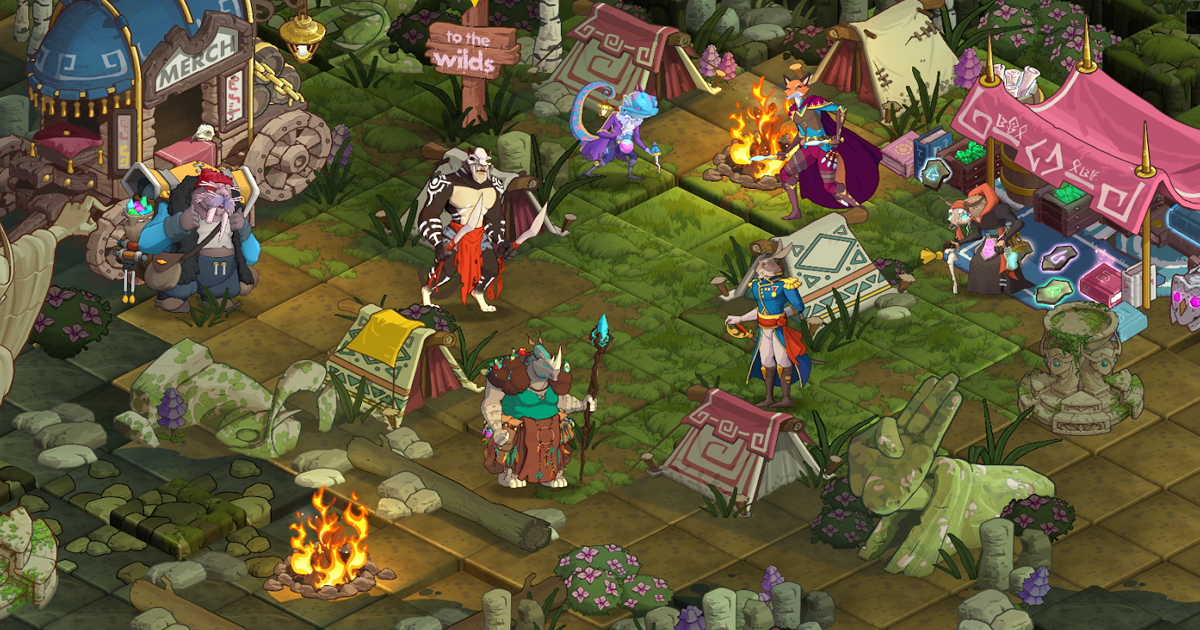 How to give characters unique traits and features while keeping everything balanced?

Since balancing is as much an art as a science, adding unique passive effects, abilities, and attributing distributions for each character can exponentially increase balancing complexity.

One trick we use in Untamed Tactics is to create roughly equal abilities based on internal stat values. This means that we would give Attack a value of 2 per point, whereas a Bleed Damage-over-Time effect would get a value of 1.5 per point. We combine this with rough estimates of power values for more unique effects, which are far less precise and more based on feeling and experience with the combat system itself.

One last thing: which is better, hexes or squares?

Haha, well, I’m more of a square person! However, this also really depends on the game experience. Most modern tactical games use a hex-based system as it gives players more freedom of movement, as well as many angles of attack.

For Untamed Tactics we went more old-school and stuck with a square system, which is more rigid and has stricter targeting patterns, but is also easier for me personally to design on paper and to assume movement patterns of players.

The choice of a square grid was also largely driven by classical tactical RPGs, which served as our main sources of inspiration. If our square grid can evoke even a little bit of Final Fantasy Tactics in our players, that would make this complex game development process totally worth it for us!