Valve has committed to updating its regional pricing recommendations for Steam developers more frequently. The company says this problem is bigger than just foreign exchange rates and should reflect different economic circumstances. 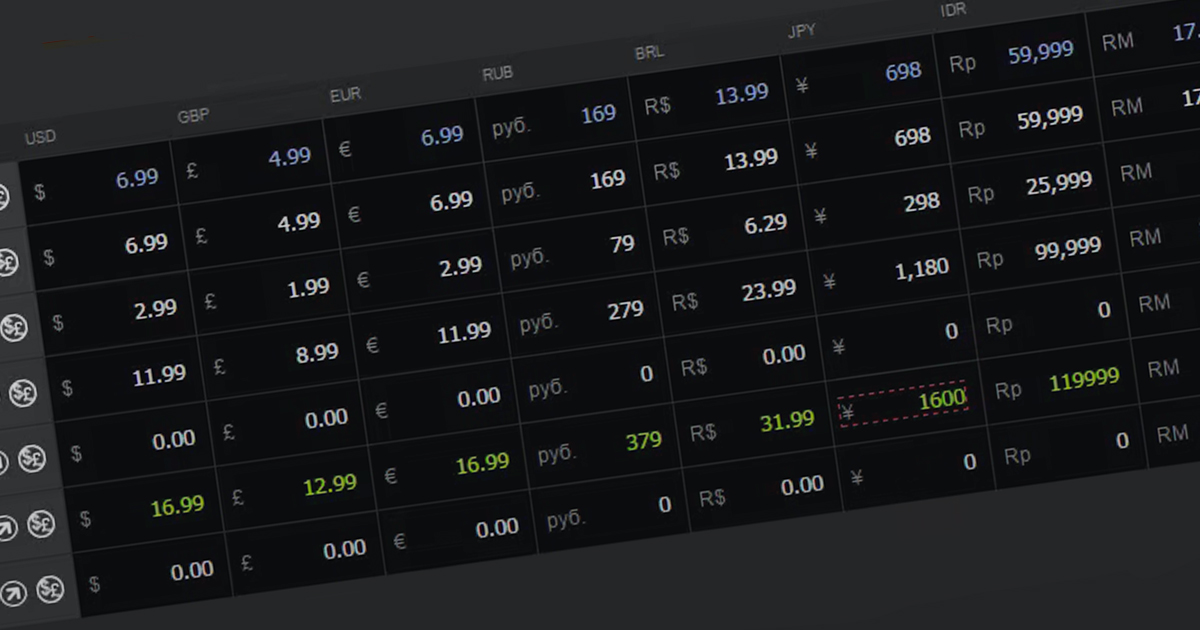 What will change in Steam regional pricing recommendations?

In a new update to its Steamworks documentation, Valve noted that it will refresh price suggestions “on a much more regular cadence.”

The company hopes to keep pace with economic changes over time. However, the frequency of these pricing updates remains unclear.

Update (October 25): Valve has revealed new recommended regional pricing for nearly all supported currencies. For example, updated recommended prices for $60 games in Turkey and Argentina are up over 450%. Other regions saw significant increases as well.

How does Steam regional pricing work?