Organic discovery and app store featuring to be declared dead in 2023, according to Deconstructor of Fun
02.02
Dwarf Fortress made $7.2 million in January, 44 times more than in all of 2022
02.02
PlayStation reports 53% Q3 revenue growth, driven by strong sales of consoles and third-party games
02.02
Tenjin and GameAnalytics release Q4 Hyper-Casual Games Benchmark Report
01.02
Chris Zukowski: Steam can only promote up to around 500 indie games per year
30.01
Wargaming top manager called a terrorist by KGB Belarus
30.01
AI USE CASE: How a mobile game development studio saved $70K in expenses
27.01
Sensor Tower: Subway Surfers was most downloaded game in Q4 2022, but the Stumble Guys showed fastest growth
26.01
The Day Before loses its page on Steam. Developer cites trademark complaint
25.01
125 games industry professionals from 85 companies attended WN Connect business event in Belgrad
24.01
All news
Dev Interviews 07.09.2022 17:43

Zen Studios on its Victorian steampunk RPG Circus Electrique, passion for pinball, and life under Saber

Launched on September 6, Circus Electrique combines Darkest Dungeon-like fights with circus management and puts it all in the grotesque setting of the steampunk Victorian London. We spoke with the Hungarian team Zen Studios about the game’s mechanics, their relationship with Saber Interactive, and their love for pinball.

Evgeny Obedkov, Game World Observer: Hey guys! For starters, tell us a few words about yourselves and your roles at Zen Studios. What inspired you to get into game development?

Mel Kirk: Hello, I’m COO at Zen Studios, and I’ve been with the company for more than 12 years. I help drive company strategy and day-to-day operations, oversee licensing and business development, as well as interface with our marketing and communications team. Each and every day feels different, and my job is a lot of fun, although it might be very challenging at times.

I was inspired to be in the games industry not too long after I received a Game Boy for Christmas in the late 1980s. After playing games like Tetris and Kirby’s Dream Land, I became not only a player, but a student of games, and I knew I would have fun forever if I could also be involved in making games.

Viktor Gyorei: I’m Head of Studio at Zen Studios, and I’ve been with the company for more than 12 years now. This role covers quite a few responsibilities at Zen, which ensures that life never gets boring. I oversee production and development, as well as publishing and related partner communications across a wide range of projects, platforms, and licenses.

The inspiration came from the love of playing great video games, of course! I had an extremely lucky childhood, as I grew up alongside this industry, and the moment I got my first Commodore 64 games I knew I was sucked in and lost forever.

Ivan Nicoara: I’ve been with Zen Studios for 13 years. I currently work as a project manager in the RPG department, so my job is to oversee new RPG games from inception to release.

I have loved computer games since I was a kid, regardless of the platform, so it was a dream come true when I started working as a game developer. 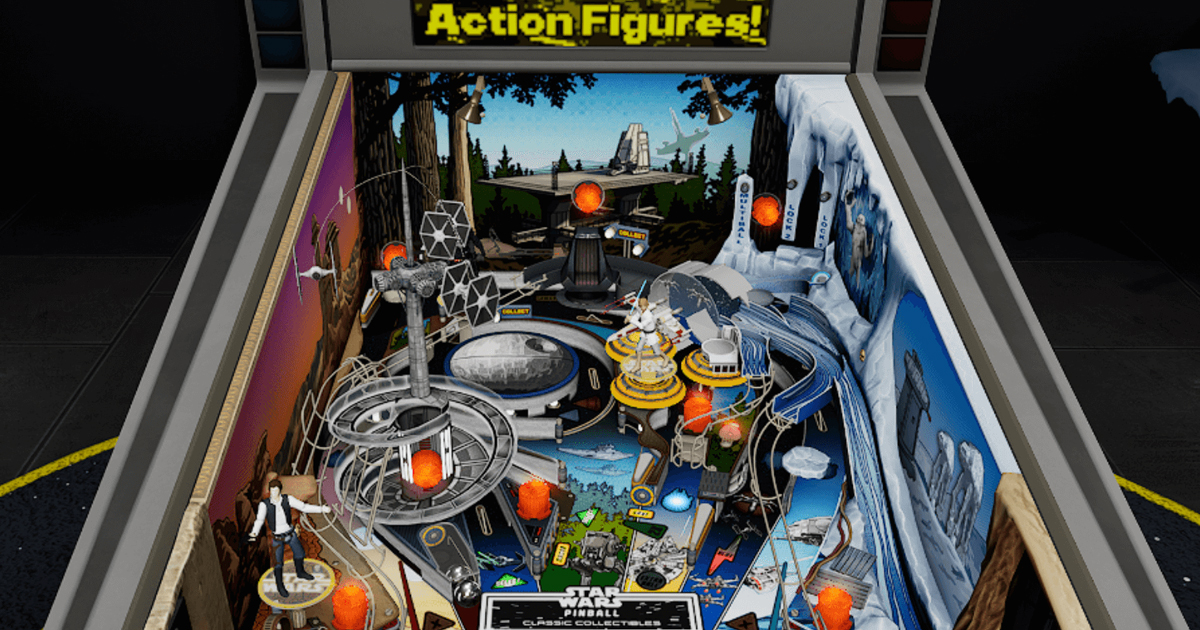 Zen Studios is best known for its large catalog of pinball titles, including the ones based on world-famous IPs. I wonder where all this passion for this arcade game comes from?

Mel: At some point during the 1980s, Hungary had the highest number of pinball machines per capita of any country in the world. This game was widely available and embraced by Hungarian culture. It also had a profound influence on its players. Many of our team members grew up playing and loving pinball and continued playing long after the “glory days” of pinball’s peak popularity in that era.

This passion, expertise, and experience all led to Zen’s appointment with pinball destiny. It’s no surprise that we started out to make a digital pinball game in 2007 — and haven’t stopped since that time!

Zen Studios has been around for almost 20 years, which is quite a long time for the games industry. What’s your recipe for such longevity?

Viktor: Yes, this is a long time in the gamedev space that many acknowledge. The followings are very basic elements, but I think they were very helpful along the road and contributed to this longevity:

Let’s move on to Circus Electrique. How long did it take you to make the game?

Ivan: From initial idea to release, we worked on the game for more than two years. There are several stages in developing a game of this type, from creative brainstorming, which is always fun, to the design and development. Each stage has its own beauty and difficulty. Fortunately, we are a well-knit and experienced team who have overcome all challenges so far, and every difficulty has been a good experience and learning opportunity.

What engine and development tools did you use for Circus Electrique?

Good tools are important, but the most important thing is a good team — and I’m very proud of our team!

What catches the eye when you first launch the game is its distinctive setting. How did you come up with this grotesque and charming aesthetic of steampunk London?

Ivan: We had a brainstorming session where the aim was to come up with some really unique ideas. One of the results of this brainstorming session was the idea, which might seem strange at first, of having circus performers and artists as protagonists. This was further enhanced by the idea that this could be set in Victorian London in the early 20th century when electricity was becoming very widespread.

As a final twist, we added the idea of steampunk style. It might have sounded crazy at first, but when we finished the first concept sketches we knew that it was a great unique concept and we would definitely continue with it.

There are obviously a lot of parallels between Circus Electrique and Darkest Dungeon. What makes your project stand out gameplay-wise, especially for fans of this genre?

Ivan: We really liked Darkest Dungeon, but we wanted to do our own version in our own style. So it should be familiar enough for those who have seen or heard of this RPG subgenre, but it can also offer a lot of new experiences and challenges because of the unique gameplay and story.

Furthermore, we wanted this game experience to be accessible and enjoyable for more than just hardcore PC gamers, and we wanted it to have an engaging storyline where you have to get to the bottom of a threat to the entire world.

We also implemented a lot of new unique game mechanics such as circus management, minigames on the map, and battle conditions, where fighting in the likes of rain, fog or at night can completely alter your plan of attack.

Circus Electrique’s gameplay seems really complex, with all these tactical brawls and circus management. Must have been quite a challenge to balance these mechanics, so they form a cohesive gameplay loop and don’t break the overall pace?

Ivan: Exactly. Creating each of the game mechanics individually was a creative and challenging task, but the real difficulty and complexity was in bringing them together to create a whole, harmonious experience. In this process, of course, preplanning played an important role in ensuring that the game mechanics had a good base function, just as continuous iteration played an important role in polishing the small but subtle details to the best of our ability. This was backed up by a lot of testing and feedback, which was a long but essential process. 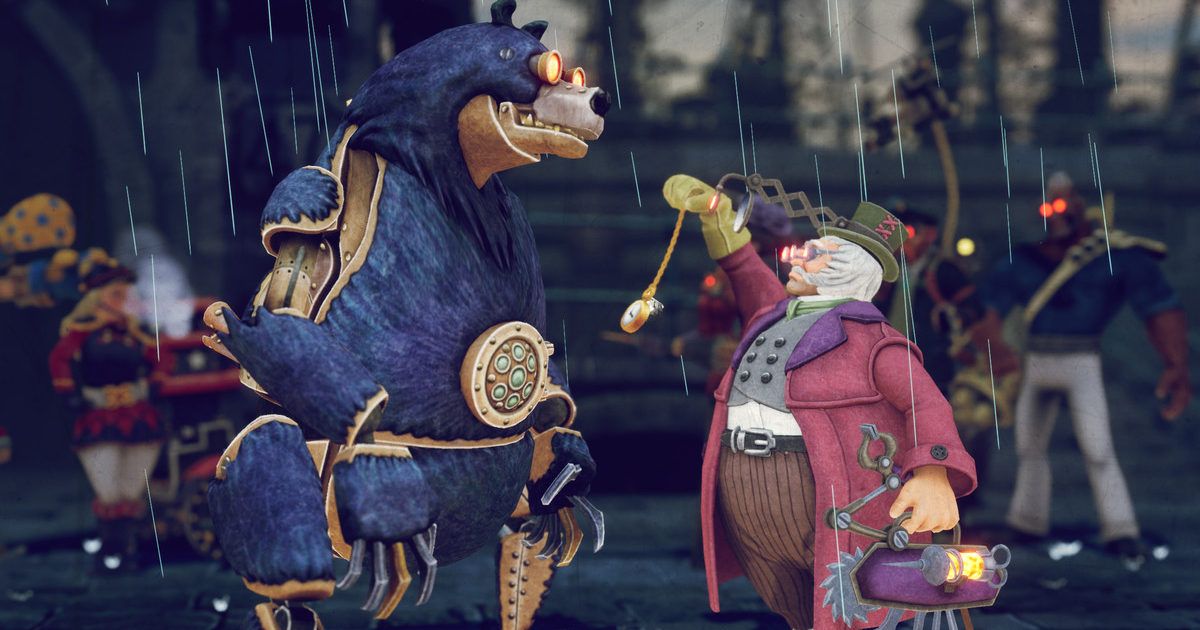 Were you concerned that the multitude of game systems might overwhelm the player?

Ivan: Of course! And precisely for this reason, we have designed and iterated a lot on our tutorial system and player onboarding. We’ve considered and refined how and in what order we introduce core loop game mechanics, plus when, where, and how other extra game mechanics should be available.

Given the genre-blending nature of Circus Electrique, did you manage to collect some quality player feedback prior to launch that helped you maybe rethink some elements of the game?

Ivan: Yes, fine-tuning and processing the testers’ feedback was a very important and complex part of the process, and we spent a lot of time and effort on it. We have used the help and opinions of testers of different genders, ages, tastes, and game platform preferences — and of course, Saber’s support — in order to get the best quality out of our game, as our ultimate goal is to entertain our players in the best way possible.

Speaking of Saber, how does it feel to work under such a big company? What’s their role in the production, marketing, and distribution of Circus Electrique?

Viktor: It’s great to be part of an even bigger family of fellow game developers and publishers! It is always very helpful to receive feedback on what we do or think, and first of all, this is where Saber offers great support to us. They empower us when we feel less confident and provide a second opinion or guidance when it comes to major decision points.

For Circus Electrique, we had Saber’s support from quite an early point. They helped us align production timelines and expectations on the production side and dedicated QA cycles to the title. While digital-only distribution is still handled by Zen through a well-established process, Saber Interactive joined forces with us to grant full bandwidth to the title with all the marketing efforts it needed, which has definitely been of great help.

You joined Embracer Group in 2020. How did the deal come around? Did you just like Saber’s offer, or were you looking for acquisition opportunities yourselves at the time?

Mel: Zen has been approached for investment and M&A opportunities more times than I can count over the past 5 to 6 years. While it was flattering to have such interest, we never felt the time was right, and we didn’t fully understand the vision of the approaching partner. When we were contacted by Saber, we felt the time was right, and we were excited and motivated by their vision and ambition for the future. 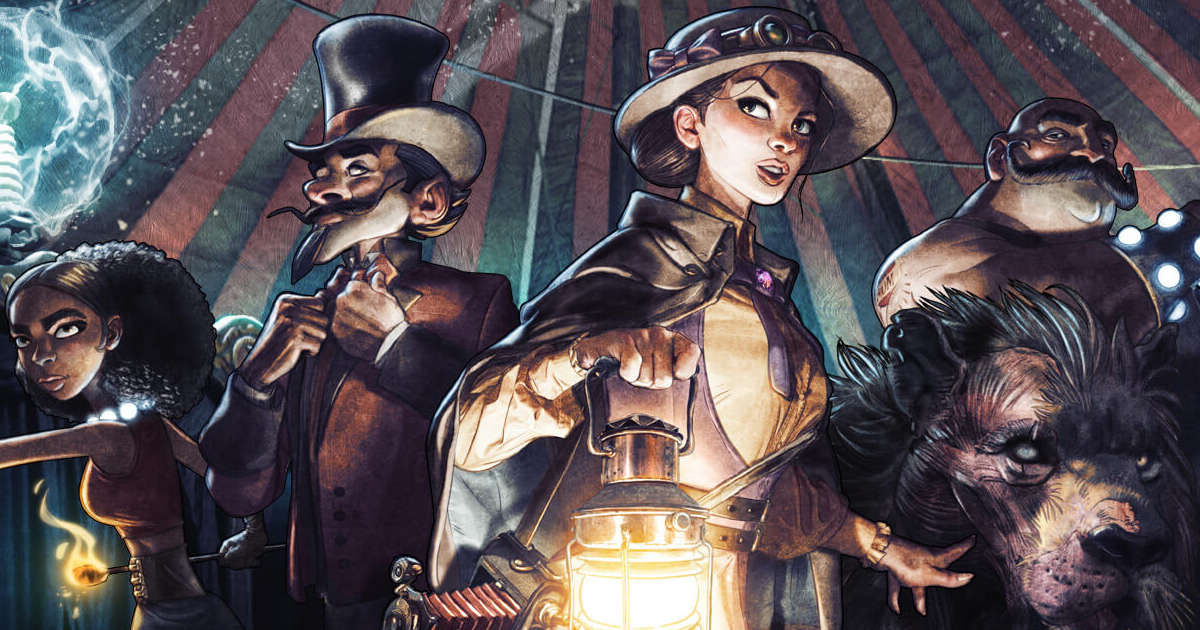 Embracer Group usually says that acquired studios continue to operate as independent teams. Did you manage to keep that indie vibe to your team? What about new business opportunities and responsibilities?

Mel: Life at Zen is much the same today as it was before the acquisition. The only real difference is that we are empowered to think bigger, we have more resources, and we have the ability to start transforming our developments into larger-scale projects. The natural progression for business opportunities and responsibilities is that things are steadily getting bigger and bigger, with more opportunities for success.

If you look at recent Embracer acquisitions, it’s not hard to see the opportunities that exist by partnering with companies in our own organization, and since everyone is aligned with goals for the future, these things happen very easily. The future has never been brighter for Zen Studios!

How much did your studio grow after the acquisition? Do you plan to expand the team further?

Mel: We have nearly doubled in size since the acquisition, and we have no plans to slow down. Our future projects require more talented team members, and we are actively bringing them on board.

How many games do you have in the pipeline now? Can players expect more pinball titles or do you have some genre-bending aces up your sleeve, too?

Mel: Our next RPG project is nearly greenlit, and it will be the biggest game Zen has ever produced. It involves a very well known IP, so I can’t say much about this project other than it’s a dream project for all involved.

We have an endless amount of pinball games in the pipeline. Our table slots are already booked for 2025 and beyond — and that’s comforting, thrilling, and terrifying all at the same time!