90% of all revenue on Steam come from top 8 countries, US publishers account for almost 50% of sales

VG Insights has shared a new report on Steam publishers. It’s been found out that 90% of all revenue on the store comes from the top 8 countries, including the US, Japan, and France.

VG Insights has analyzed 2337 publishers by country, ranking them by revenue, sales, and other metrics. 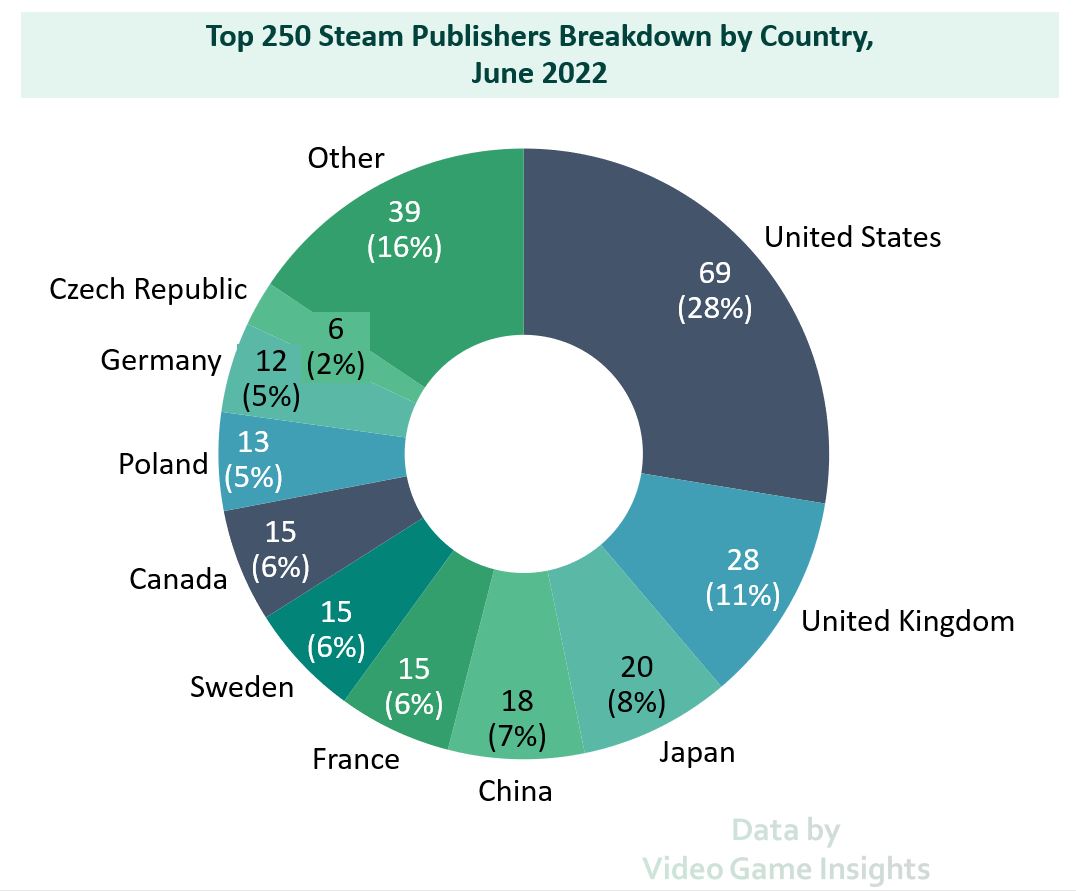