Organic discovery and app store featuring to be declared dead in 2023, according to Deconstructor of Fun
02.02
Dwarf Fortress made $7.2 million in January, 44 times more than in all of 2022
02.02
PlayStation reports 53% Q3 revenue growth, driven by strong sales of consoles and third-party games
02.02
Tenjin and GameAnalytics release Q4 Hyper-Casual Games Benchmark Report
01.02
Chris Zukowski: Steam can only promote up to around 500 indie games per year
30.01
Wargaming top manager called a terrorist by KGB Belarus
30.01
AI USE CASE: How a mobile game development studio saved $70K in expenses
27.01
Sensor Tower: Subway Surfers was most downloaded game in Q4 2022, but the Stumble Guys showed fastest growth
26.01
The Day Before loses its page on Steam. Developer cites trademark complaint
25.01
125 games industry professionals from 85 companies attended WN Connect business event in Belgrad
24.01
All news
Dev Interviews 27.05.2022 17:19

Alkemi on its story-driven card game Foretales: “It’s not supposed to be less fun because you decided to avoid killing anyone”

Alkemi is a small 5-person team based in Nantes, France. We have reached out to the studio’s founder Alain Puget to discuss the adventurous development of Foretales, a narrative-driven card game with a non-linear story, which is expected to come out this summer. 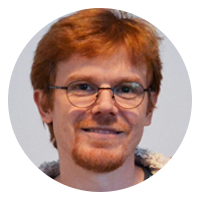 I dabbled with game development in my teenage years and I also practiced digital painting as a hobby, but I put that away for more than 10 years when I started very long studies in chemistry. And some day, at the age of 26, very late at night after a role-playing game with some friends, we decided we would start a video game studio. Because “Hell Yeah! Why not?”

It was in 2002… and I can’t say we produced any game really. But we learned our trade and I slowly started to learn the necessary skills to actually develop a video game. I left this first studio, worked for a couple of years in a more traditional web agency, and then I founded Alkemi in 2009.

The team of jacks of all trades with big aspirations

For years we have shared our time between contract jobs for web agencies and our internal productions of games. Foretales is actually the first one we’ve produced full time with financial support from a publisher.

The team is mainly composed of experienced jacks of all trades I’ve met and worked with during the twenty years I’ve spent in the digital industry. People mixing technical and artistic skills in various ratios, with past professional experiences in game studios, animation studios and web agencies. Our only junior dev is a kickass 2D artist who joined the team not long after finishing her studies.

Alkemi is also part of a professional cluster named Atlangames. It’s an association including most video game studios in the north west region of France. We have a lot of friends not only in this group but also in the rest of the French gamedev community, indie or not.

I thought about a game like Foretales for years, but the decision to actually make it came in January 2019. At that time we had no funding, no publisher, and we still did a lot of contract jobs to live. So we spent most of 2019 doing pre-production, but not full-time. From January 2020 to July 2020, we built our first playable prototype.

From there we started iterating over our first prototype. I must admit, it was a stressful period for me. At that point, I wasn’t even sure we would come up with an enjoyable version of this idea that was cool, at least in my head. But it happened… progressively, over 6 months. And as we refined our concept, we started to implement the bulk of the content over 2021.

And with production we also discovered what we had committed ourselves to:

Foretales is first and foremost a narrative experience, which is based on cards. It may look like a more traditional confrontation card game at times. But the core of the game is to discover a story by playing and combining cards together. It has resource management and combat systems, but it’s closer to Cultist Simulator or even to Reigns, than it is from Hearthstone, GWENT or Slay the Spire.

Physical board games like Time Stories, Pathfinder Adventures or the 7th Continent were also a big influence. And of course, the fighting system is inspired by modern autobattlers because I wanted to keep that as simple as possible. Combats are present in Foretales, but we didn’t want a complex fighting system. This is very much on purpose to avoid promoting violent solutions to situations. The game is not supposed to be less fun because you decided to avoid killing anyone. 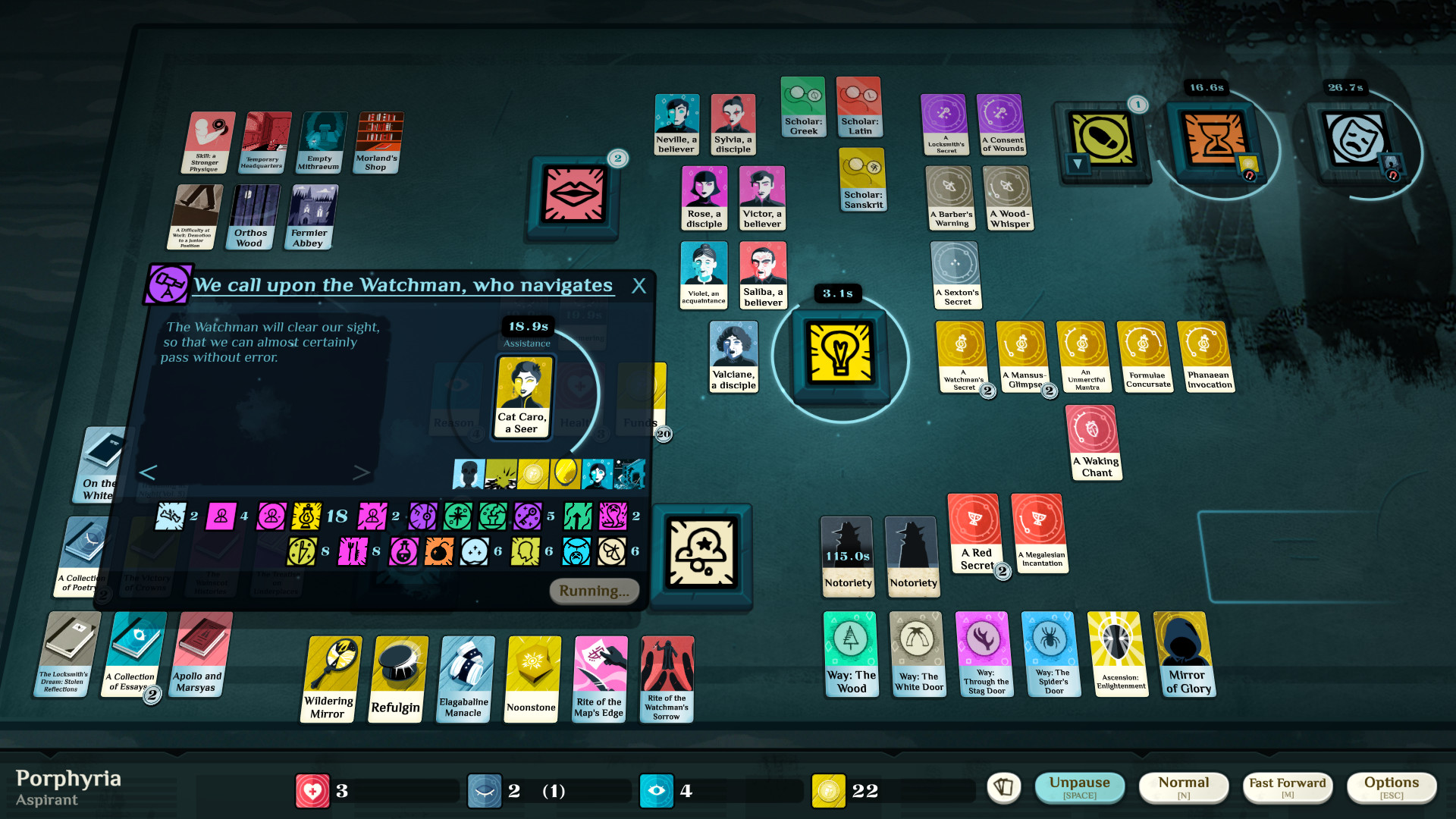 In Foretales, you’ll be able to play cards and try to resolve situations in different ways: will you get rid of your opponents with pure violence or try to bribe them? Littering streets with bodies will have long-term consequences, but it may appear simpler at first.

The main character, Volepain, is a thief, so to get money you’ll probably need to rob people. Will you steal from anyone or just the rich, the criminals? It’s up to you to decide and see how each card combination will unfold. For most generic locations or encounters, the effect of actions will always be the same. So as you learn how to play, you’ll be able to design strategies to get what you need rapidly and hopefully without too much trouble.

A time-lapse for the creation of the Volepain’s action card “Extortion”.#gamedev #indiegame #indiedev #conceptart #drawing pic.twitter.com/oq98rNrGIS

And finally, the story itself is not linear. Your choices will lead you to different endings, not all very happy endings. The game is not a roguelike, but if you want to reach the best possible conclusion, it will probably require a few tries to discover all you need to know to achieve a perfect victory.

There is still work to be done here. I really do think that with Foretales we bring something new to the genre, but there is still a lot of progress to be made I’m sure. How to cleverly balance systems with narration, how they can feed each other.

Earlier in the development process, Foretales was more based on systems than it is now. We had a lot more of them, it was maybe “deeper” gameplay-wise, but it was getting in the way or conflicting with the story. So we had to iterate to find a good mix and we did a few of them. I think between the first prototype and the current beta state of the game, there were at least 3 or 4 major variations of the game. Each one of them is leaner, simpler, allowing the players to have enough agency on what happens but also to guide them through a well-written story.

We’ve been using Unity for 12 years now, so we know it pretty well. Honestly, our games are not super demanding technically. We never needed to use high-end features or stuff still in a beta state, so we’ve always been pretty happy with the engine. I must say that we’re probably not using Unity like everyone else… We are a bit “old school” when it comes to programming, so we’re using Unity more like a graphical API with lots of fancy shaders rather than the full “game-engine-component-oriented” product it can be.

If at some point Unity doesn’t allow us to do the game we want to do though, we won’t hesitate to change the engine. The main part of our games is independent from Unity itself and could be ported to another technology if it had to.

Also, we tend to develop a lot of tools that are not based on or linked in any way to Unity. For example, most of Foretales data editing is done in a collaborative web application developed by our lead dev. Data can be updated with just one click in our project or even in a live build of the game. 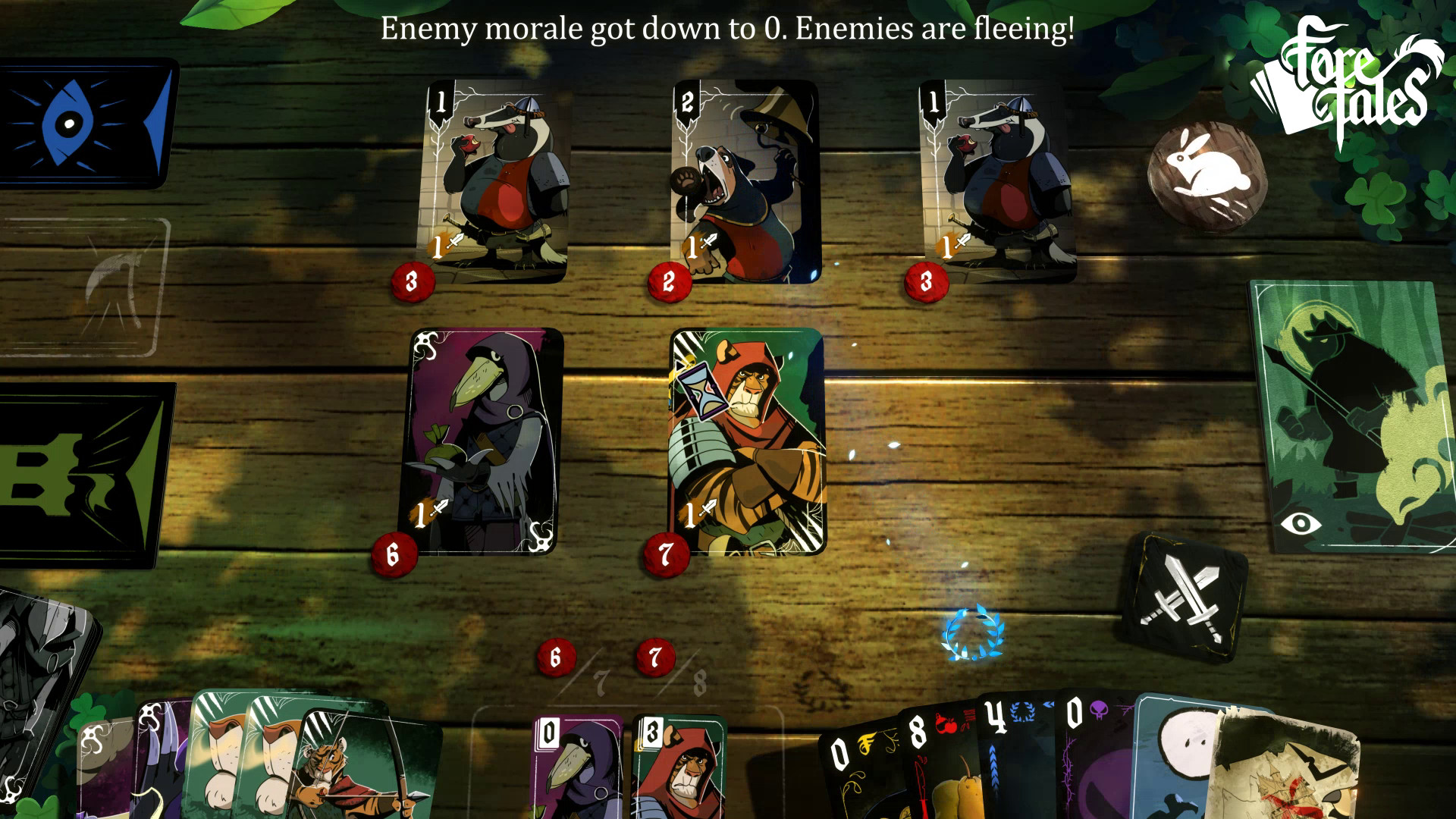 Organizing the work of a small team and coping with stress

It never really happened during the production of Foretales because I know my limits now. The early production was a bit stressful because I thought for a few months that maybe I had committed my team to something that would not work how I had hoped it would. Thankfully, I was finally reassured when we had our first external playtests last summer.

Usually when I feel low, I’m quite open about it with my team. I share my doubts with them. I also try to work less or focus on tasks that feel more satisfying: prototyping new stuff, learning new software, etc.

At Alkemi, we work regular office hours. We try to plan things. I dispatch the workload among us as efficiently as possible. I’ve worked long enough with each one of them to know what they are good at, what they can do more quickly or efficiently than the others. But I also have the chance to work with very talented and autonomous people. So there’s a lot happening just day by day, with as much discussions and gatherings around screens as possible, to share our progress and get some feedback from the others.

We used to mix our internal game production with contract jobs for clients. But it has not really been the case for a year and a half now. I’m the only one still working a few hours a week as a consultant or project manager for our previous main client, because they are also friends!

First protype to Beta, 17 months. What a ride!
I’m super proud of what we achieved, but if I had known what it would take to reach that point… not sure that @foretales_game would exist today. Cause the 2 visuals might not demonstrate it but those 2 are vastly different games. pic.twitter.com/unN1gKiZzb

Getting a publishing deal and not thinking about the sales

There is no world in which we could have developed Foretales without funding. So we worked on a prototype, and from there we knew that without a publishing deal, the game would go nowhere.

We had big legal issues with a publisher for our first game Transcripted in 2012. So I knew this time I wanted to work with people I could trust. In 2015, we started to work with Plugin Digital, the parent company of Dear Villagers, for the console port of our first game. Things went well and a relationship based on trust was progressively established. It was natural for us to pitch Foretales to Dear Villagers when we made our first prototype.

Retrospectively, it was not very good… but it was enough to secure a publishing deal in December of 2020. Dear Villagers were interested in the concept and the artistic direction. They were enthusiastic about the project and they knew we would deliver from our past experience.

One of the reasons we signed with a publisher, on top of the financial support, obviously, is that I don’t want to have to think too much about sales and stuff like that. Creating a game like Foretales is already a tremendous amount of work with loads of information you have to keep track of.

We only focus on what we do each time Alkemi works on a game: we create original games with cool stories and as high production value as we can.