Tenjin and GameAnalytics release Q4 Hyper-Casual Games Benchmark Report
01.02
Chris Zukowski: Steam can only promote up to around 500 indie games per year
30.01
Wargaming top manager called a terrorist by KGB Belarus
30.01
AI USE CASE: How a mobile game development studio saved $70K in expenses
27.01
Sensor Tower: Subway Surfers was most downloaded game in Q4 2022, but the Stumble Guys showed fastest growth
26.01
The Day Before loses its page on Steam. Developer cites trademark complaint
25.01
125 games industry professionals from 85 companies attended WN Connect business event in Belgrad
24.01
Blizzard caught up in scandal. Again. This time it is all about ranking its employees
24.01
Cyberpunk 2077 quest director Paweł Sasko on game’s non-linearity: “Players expected more because of the fact how The Witcher 3 is built”
23.01
Key success factors for ZERO Sievert, top-down extraction shooter that generated over $1 million in its first week
23.01
All news
Marketing 06.04.2022 15:55

When it comes to scaling, you can’t just follow your gut. It’s essential to plan UA campaign scaling strategically and in advance. Sometimes even data from one platform isn’t enough for making a concrete decision and you need to collect as much data as possible. Scaling is never easy, but when you have a strategy, it is much more efficient. 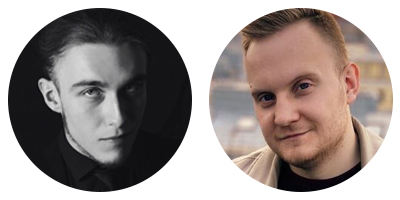 Getting ready to scale

Before you start scaling, make sure that it won’t harm your app. Let’s look at things realistically: sometimes your product is too raw and is not ready for new users (especially in new countries) yet. Thus, before making any decisions about expanding campaigns, collect as much data as possible.

The golden app marketing rule: a product is ready for scaling when it has a positive unit economy regarding paid user acquisition. That is, within 2-3 days, traffic fulfills the pre-calculated KPI for payback.

You can move on to scaling when everything is prepared both from the product and marketing sides. Let’s dive deeper into the details.

The product side of the matter

From a product standpoint, it’s important to make sure that key product metrics are stable. What “stable” means is determined individually for each case. Without taking seasonality into account, the metrics can vary quite a lot from day to day. But the more paid traffic is run on a particular GEO, the more stable those key metrics will be on the average.

What are the key metrics then? Once again, for each product, they are different and it depends on the payback model. For example:

Sometimes when working with app monetization you can meet “whales” — users spending a lot of money in an application, thereby increasing its revenue. The daily ARPPU in such cases can be volatile, but the average ARPPU can be trusted and you can plan your future UA strategy based on it. 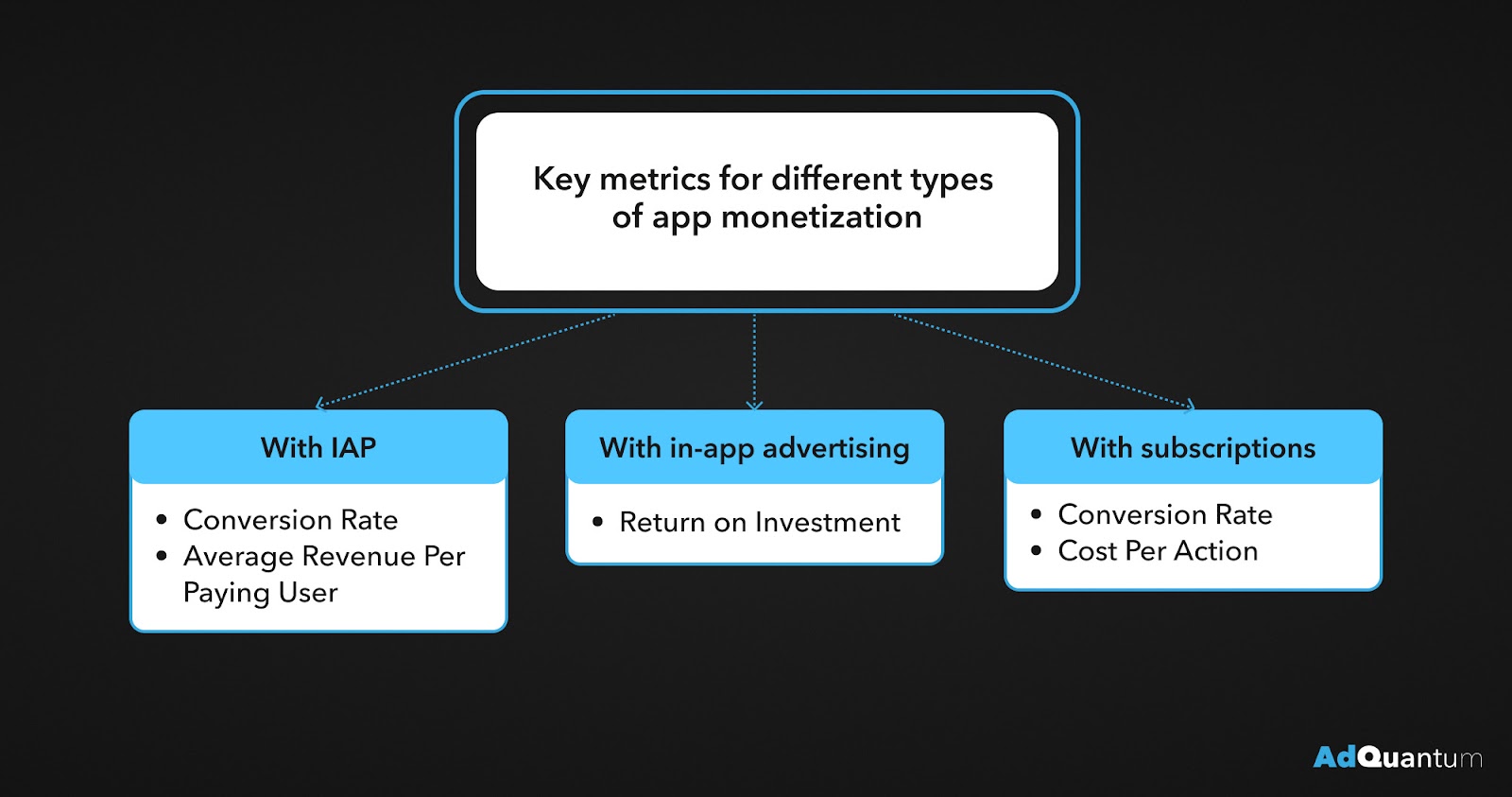 The product side of the matter

On the marketing front, before scaling, you should do the following: 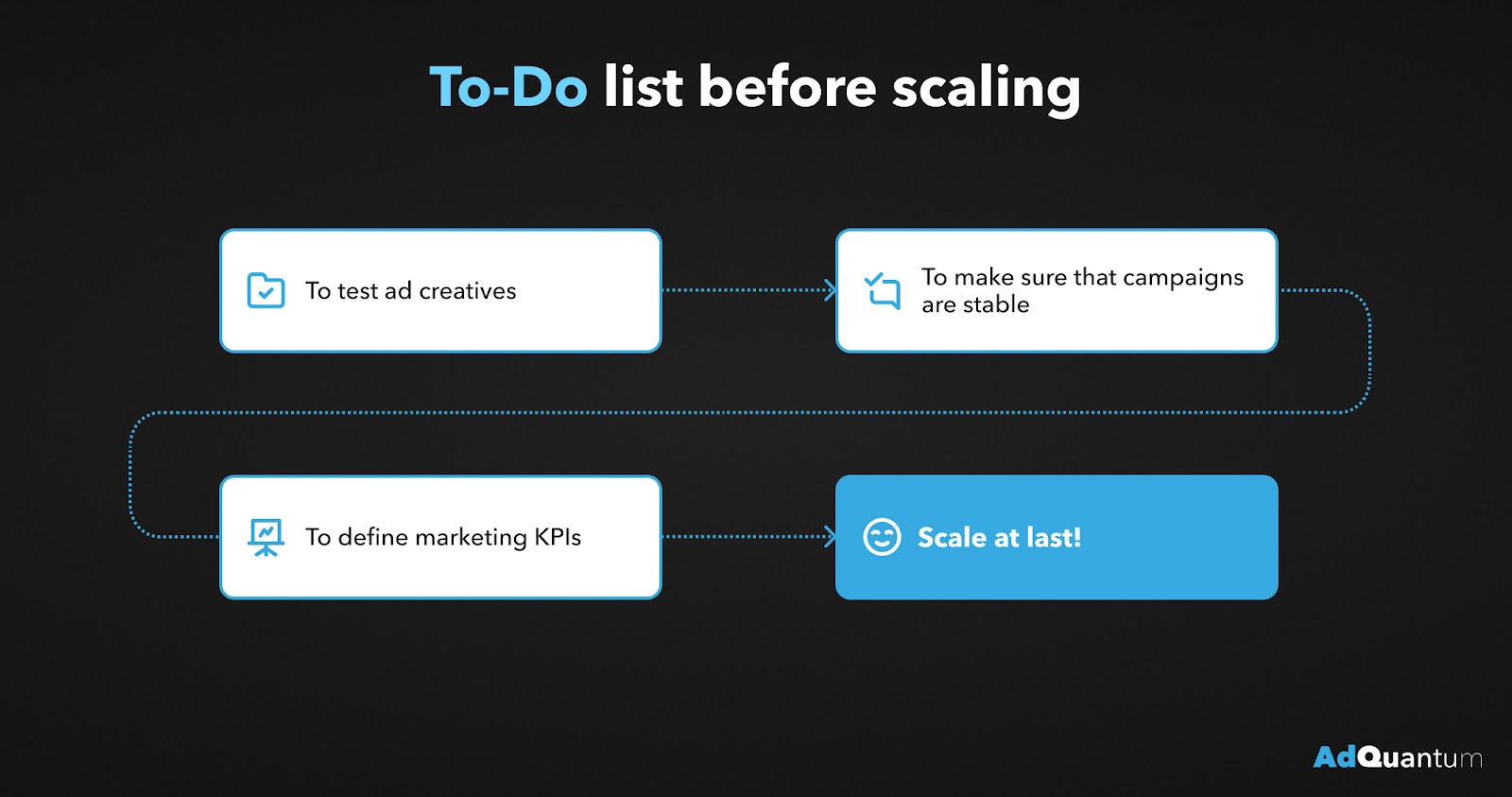 All these preparatory steps take time and not all marketers are willing to put in this time. But believe us, it’s worth it. When you start relying solely on intuition, there’s a 90% chance of wasting the marketing budget. A smart and incremental approach is the key to your app’s success. So once you’ve got your product ready for scaling, it’s time to move on to the next step, planning.

The essential rule of expanding campaigns is to do it smoothly. If you dramatically increase traffic volumes — for example, from $100 to $2000 — the relevant audience on campaigns is guaranteed to reduce. This will lead to a deterioration in target metrics: a decrease in CR per install or purchase, a drop in ARPU, an increase in CPA and, in general, a lower return on ad investment. 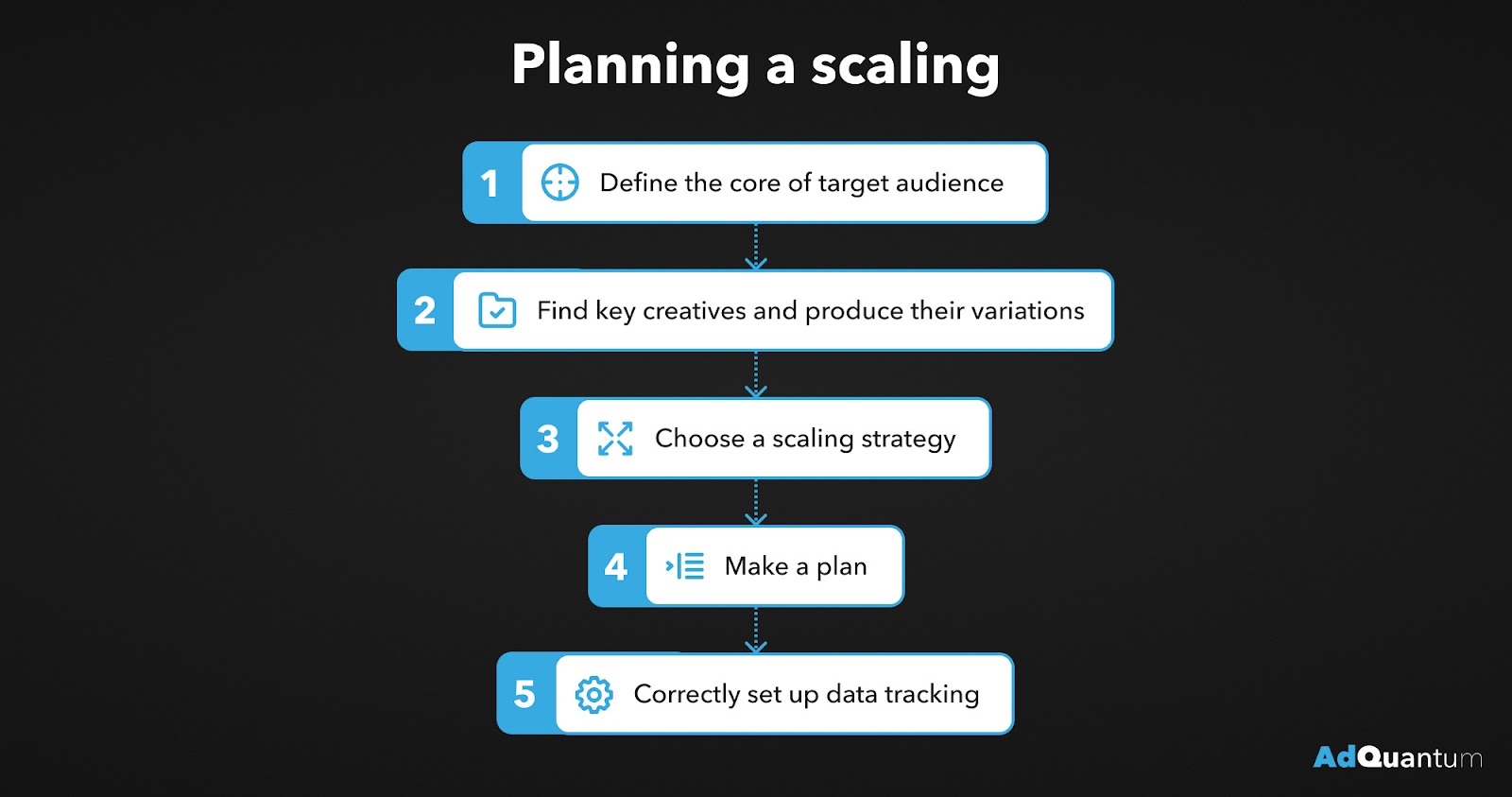 Planning for scaling consists of 5 steps, which again take time. But remember: smart and incremental approach.

Choosing the type of scaling

Scaling on all traffic sources can be divided into 2 groups: horizontal scaling and vertical. 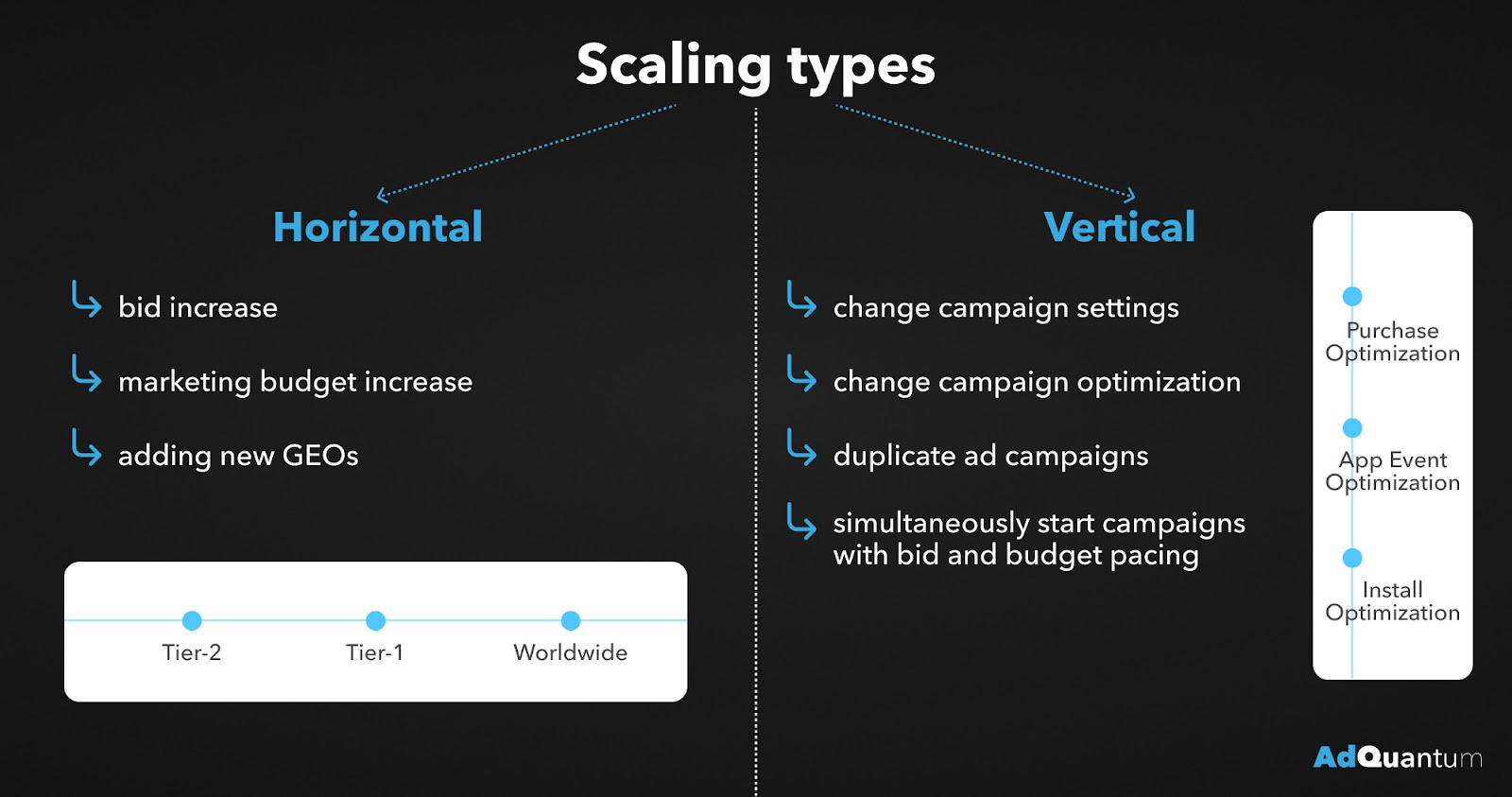 The method of scaling should be chosen for each case separately. Let’s go through the best ways of scaling on various ad platforms. 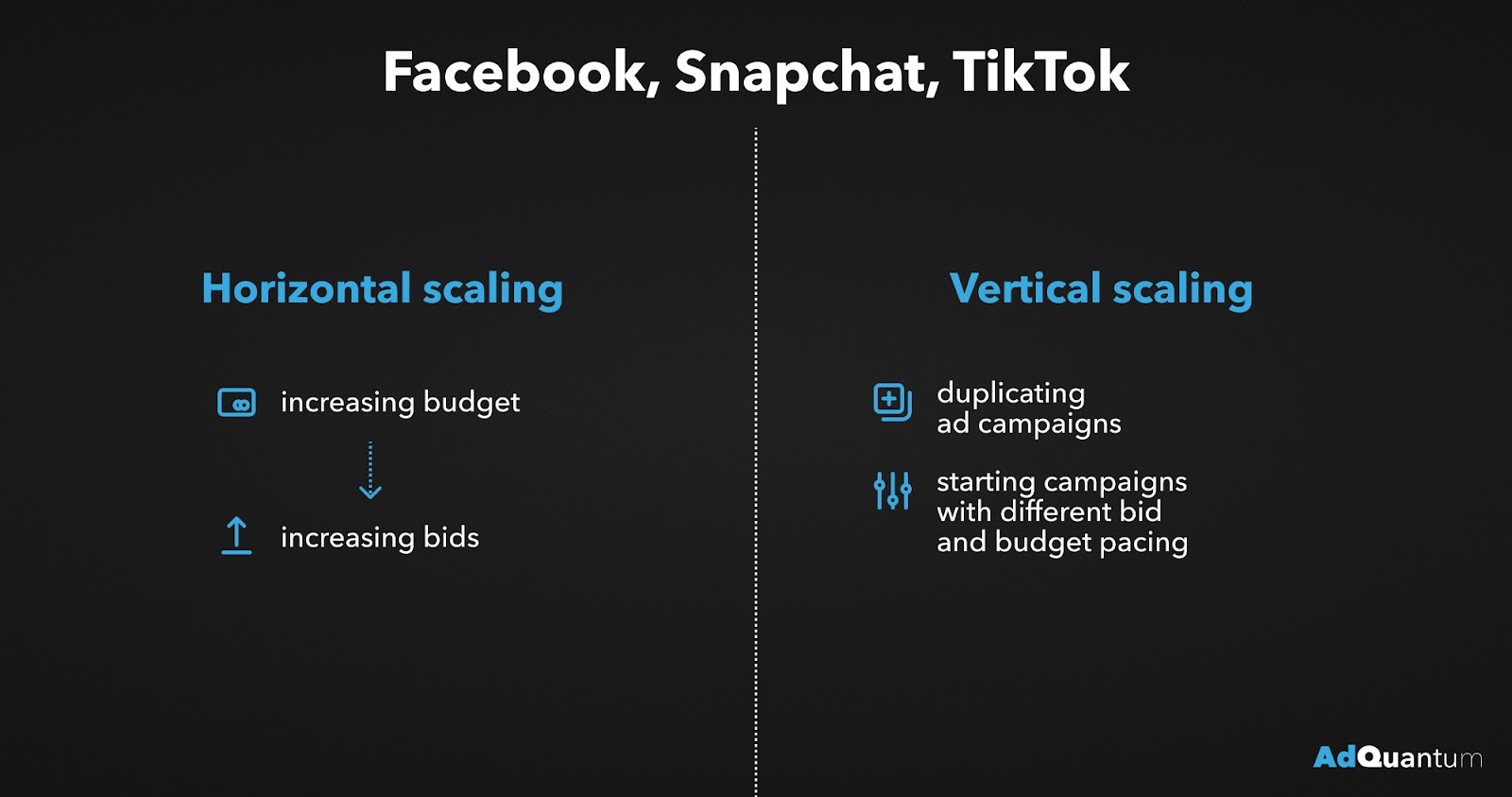 Increase the budget/bid either on the campaign itself or on the ad set. You can expand budget from several times a day to once every few days. On some projects, campaigns can “break down” due to frequent and drastic budget increases. Therefore, determine the necessary frequency based on the daily CR and the reaction of your campaigns to budget increases.

When the advertising account stops meeting the set budget, you can continue scaling by increasing the bid. Here it is necessary to smoothly raise the rate once in the determined period. But in this case, there is a high chance that campaigns will quickly start to rise in price, therefore you should constantly monitor the dynamics of key metrics.

Scaling vertically with ad campaign duplication on Facebook, Snapchat and TikTok makes sense when you have found a profitable chain (ad creative + GEO + campaign optimization type) and don’t want to risk losing accumulated performance. Therefore, you can simply create similar campaigns, but allocate a smaller budget to them. You can make as many duplicate campaigns as you need and as the traffic source allows.

Scaling by simultaneously starting campaigns with different bid and budget pacing works best when you have campaigns with one type of pacing and you want to add another. In addition to Facebook, this method can also be applied to TikTok.

In order to cover all the relevant audiences with scaling, don’t forget about ad networks. The scaling process is different on them — below we explain how. 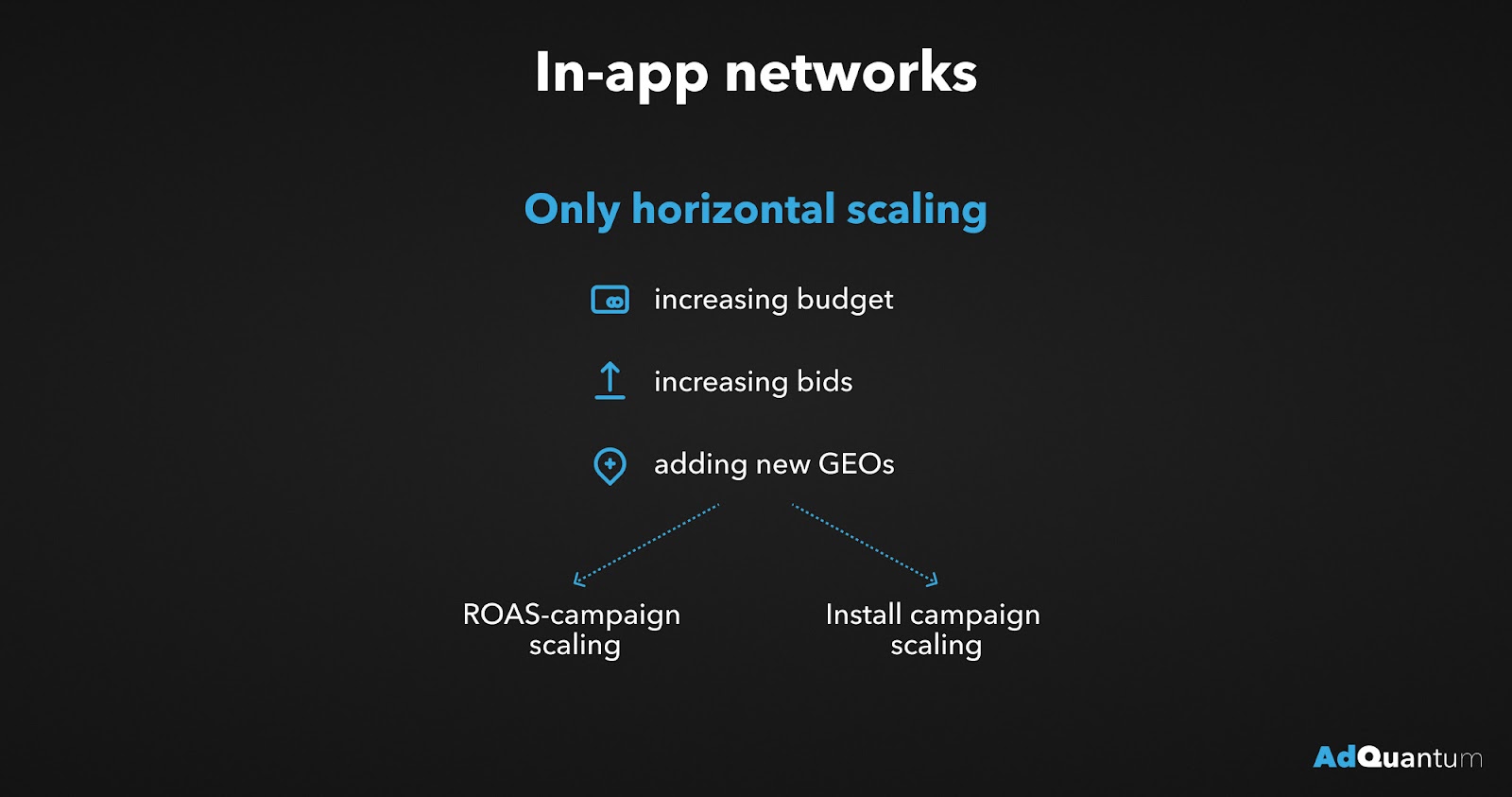 First, in-app networks only allow scaling horizontally: by increasing budgets and bids or by adding new GEOs. Vertical scaling is pointless here as all duplicate campaigns will simply target the same audience as the original campaign. That is, your campaigns will compete with each other.

In general, scaling on ad networks can be divided into two types:

We’d been experimenting a lot with both types. As a result, we came to the conclusion that scaling ROAS campaigns on in-app networks is easier and more predictable. In the long run, the ad networks’ algorithms behave stably, which allows them to learn even with a small amount of traffic.

When scaling install campaigns on networks, you can split traffic into specific placements, up to a specific app (publisher). This enables you to draw conclusions for future campaigns: since you know in which apps your ads are run, you understand what kind of audience is watching it. Hence, you can produce creatives that will interest that particular audience.

In install campaigns, we recommend working with each major publisher individually. Namely: change bids for each of them, put them into separate campaigns with separate creatives.

The same applies to the rest of the traffic on a particular GEO. Each GEO should be treated as a separate entity. That is, you should perceive a lot of small sources as one, while there is not enough data for all of them: evaluate the total LTV, retention rate, etc. Perhaps on one of them, the bid is too low, on another, the creative’s CTR is not high enough, or the retention rate is too low. For large publishers and small sources of traffic, these metrics may differ — it all depends on your product and goals.

Also on the networks, you can scale with new GEOs. Unlike on social networks, each GEO is considered separate. For example, it is impossible to start running a campaign entirely on a whole Tier or Worldwide at once. Each GEO exists independently of the others (with a few exceptions: some networks recommend running the first campaign on the USA or Latin America GEOs).

You should pay special attention to such metrics as CPM, CTR, IR, CR and ROAS: they become key metrics when scaling. Which of them is considered key in a particular campaign should be decided based on KPI. For products with advertising monetization, this is primarily CPI and the number of impressions per person. As for purchase monetization, the key metrics are CPA per target event (purchase or trial) or ROAS (for example, traffic payback for 0 day).

With an increase in the volumes of paid traffic, metrics on campaigns can get worse. This is because as you increase marketing budget, you’re putting an ad platform in tougher conditions: it must now learn to drive more traffic to your ad while maintaining the same purchase price.

Therefore, it is important to monitor key metrics on a daily basis and observe their dynamics. In the case of Facebook Ads, for example, this task is facilitated by the Ad Reporting tool. It allows you to set up a daily traffic breakdown on campaigns with the specified metrics collected in one window.

No one is immune to unexpected difficulties — even if you calculate the scaling to the details. Forewarned is forearmed, so here are the problems you may encounter: 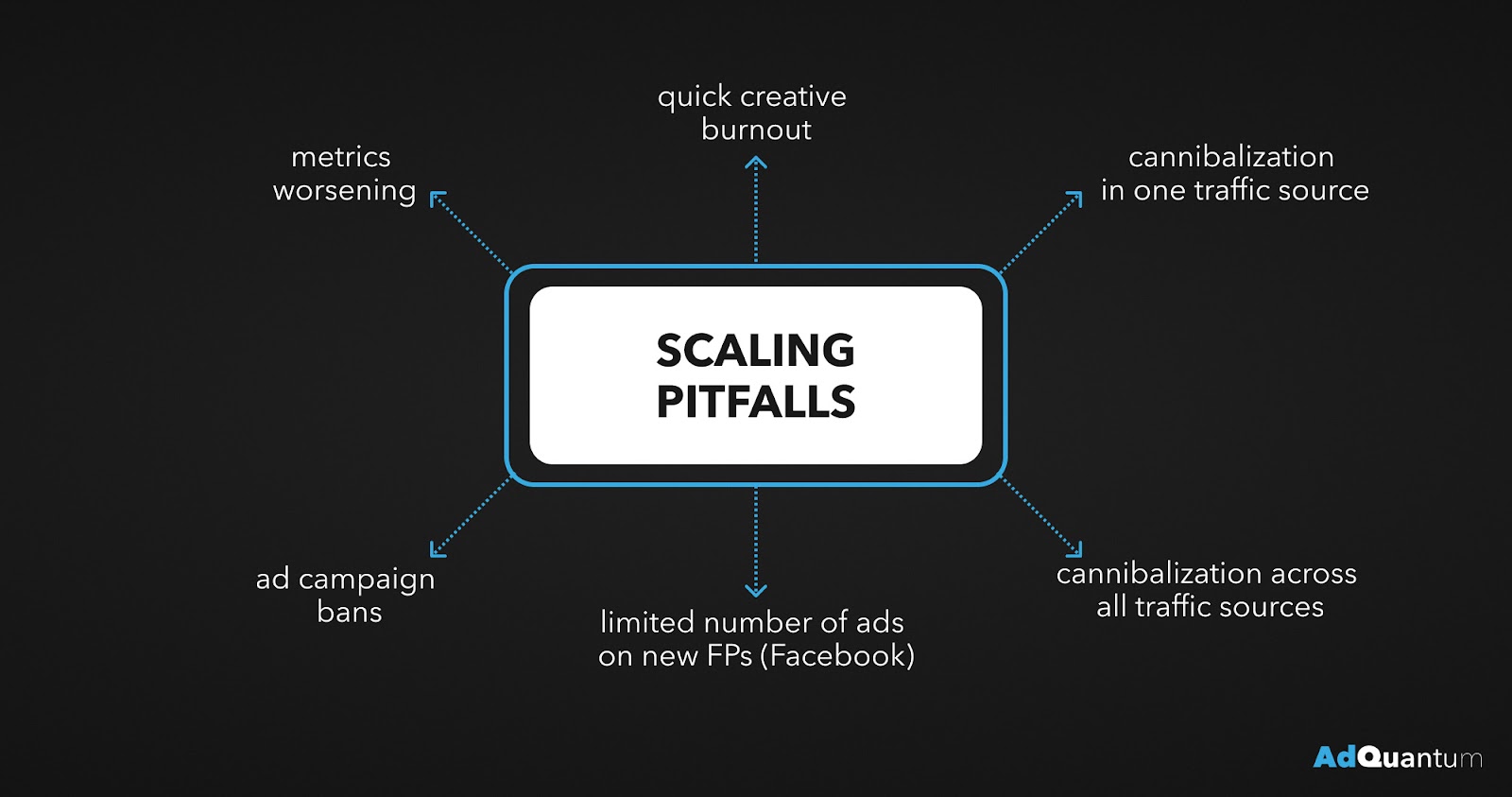 In order not to waste time and money while scaling, we recommend that you adhere to the following principles:

Constantly check the dynamics of key metrics. It is crucial to catch the moment when traffic becomes unreasonably expensive or CR falls throughout the entire product funnel.

These are the metrics you should track and the reasons to do so:

To guard against wasting budgets due to a sudden increase in the cost of campaigns, it is worth setting automatic rules for the main metrics. If a campaign breaks these metrics, it would automatically be disabled.

The creative backlog is another success, don’t forget that. A backlog of alternative assets would prevent you having to slow down your campaigns due to creative burnout.

Everything related to SKAdNetowk puts user acquisition teams in front of certain difficulties: