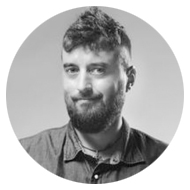 We’ve had two great releases, one of which exceeded our expectations. I’m talking about Gas Station Simulator, which was released next to Deathloop and for a time beat it in popularity, holding the 1st place in Steam’s global best selling ranking. The other premiere was Lust from Beyond, also very successful, with a Very Positive user score. This was a tough release, however, due to the game’s Adult Only rating, which made it invisible to most users by default and unavailable in some territories. The fact that Lust from Beyond has recouped its cost so quickly and is still selling very well makes us very happy and inspired us to create the upcoming M-rated M Edition of the game for new audiences.

Aside from that, we’ve professionalized our marketing, publishing and production departments by creating new processes and onboarding some wonderful people, both for senior and junior positions. Let’s not forget that we’ve also been featured in most of this year’s primary gaming events, starting from the Future Games Show to E3 to Gamescom and Tokyo Game Show, as well as DevGamm and some local events.

We also started production of many new games that we hope will excite gamers. I’d love to tell you more about these already, but I’ll only be able to share more information at a later time. What I can already tell you is that we’ve started looking for third-party games that we can support as a publisher.

Of course we’ve had some setbacks as you can’t really avoid them. We had to delay the release of two games scheduled for Q4 2021. Both MythBusters: The Game and Fire Commander will be released later than we initially planned, in 2022. Fortunately, there’s a silver lining of sorts to this situation: we’ve managed to reserve the budget and time to release Fire Commander on Stadia as well!

What development or trend stood out to you in 2021?

We definitely see an influx of low-budget games, the space is getting really crowded, so studios like ourselves will probably make a move into the indie AA space. That’s at least what we’re doing, aiming at sustainable growth and a gradual increase in our games’ budgets.

It’s also quite clear that the model for AAA is quickly changing to GaaS. You can see that there are fewer triple-A releases, especially when it comes to new IPs. New releases in this space are either expansions for existing titles or sequels. There’s not much risk or innovation when big budgets come into play. If you’re looking for the balance between these and quality, the AA environment is where you should look, and that’s also one of the reasons why we’re making ourselves comfy in this space.

Lastly, we can’t ignore the pandemic, although I think that most of us have already gotten used to the changes it introduced. As a publisher, I like meeting with developers online. These calls are quick and to the point. Personally, I love travelling and meeting face to face, but the fact that we can talk for half an hour without the need to travel five thousand miles is pretty nice. Still, networking or workshops are much better when you’re there in person.

Like I mentioned, we’re entering the indie AA space, but we’re going to keep our indie roots, so you can expect smaller games from us as well. What we want to do is increase the frequency of our releases and the number of produced games. We will also continue to professionalize our marketing and publishing departments.

I know we have people in the company with varied tastes, from action indies to visual novels, but I can only speak for myself, and I am hyped for the major PlayStation titles. Obviously, the new Horizon, but my most-awaited game is the new God of War. I’ve been a fan of the series since the day it was first released on PS2, and by the way, the opportunity to work with David Jaffe, who now is a creative consultant and a supervisory board member of Movie Games, is very special to me.

I also have 12 Minutes, Death’s Door and Solar Ash in my backlog, but these were already released and I just need to find some free time to play them.