It Takes Two hits 10 million unit sold. “Nobody expected this,” says Josef Fares
03.02
Over 1 million Chinese players apply for refunds due to expiration of Blzzard’s agreement with NetEase
03.02
NCSoft West lays off 20% of employees as part of ‘global realignment’
03.02
Organic discovery and app store featuring to be declared dead in 2023, according to Deconstructor of Fun
02.02
Dwarf Fortress made $7.2 million in January, 44 times more than in all of 2022
02.02
PlayStation reports 53% Q3 revenue growth, driven by strong sales of consoles and third-party games
02.02
Tenjin and GameAnalytics release Q4 Hyper-Casual Games Benchmark Report
01.02
Chris Zukowski: Steam can only promote up to around 500 indie games per year
30.01
Wargaming top manager called a terrorist by KGB Belarus
30.01
AI USE CASE: How a mobile game development studio saved $70K in expenses
27.01
All news
Game Development 28.09.2021 17:41

Cyberpunk isometric RPG Gamedec came out on September 16. The game, inspired by the Gamedec book series by Marcin Przybyłek, puts you in the shoes of a game detective, who solves mysteries inside virtual worlds. A year ago, we discussed the Gamedec demo with the development team known as Anshar Studios. Now, days after the title’s release, we caught up with Mateusz Greloch, Community Manager at Anshar Studios, for an update on what has been going on with the team and the game pre- and post-launch. 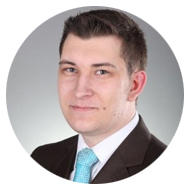 Matt, the studio originally planned for Gamedec to come out in 2020. Then you decided to move the launch to 2021 to polish things. What have you been up to exactly this past year?

We’ve modified some of the game systems, especially the user interface. We also remodeled the profession system to make it more significant [professions in Gamedec are kind of classes that influence your conversation options — Ed.]. We removed the professions we thought were obsolete and merged the interactions to accommodate the new number of professions. We’ve also made changes to the graphics; the game looks better and runs smoother thanks to some of the optimization processes we’ve implemented.

That’s a lot of ground to cover! The weeks preceding the release must have been intense?

It was normal stuff. The team was working hard to deliver the final build, our QA department was testing the game for bugs, and final touches were made to the localization and, for example, Twitch implementation tool.

How did you survive the launch day?

I can’t speak for the whole team, but our PR room was an intense place at that moment. We had a reddit AMA, live stream with guests and the launch on Steam, GOG, Epic Games Store and Humble Store at the same time. We were well prepared for that day, so we got through this day without any drama 😊

Have you been happy with the reception Gamedec has received so far from the gaming press and players?

We’ve got a lot of positive feedback from both the media and players. They can see that Gamedec is a product of hard work, dedication, but also a lot of passion for the RPG genre. We’re happy with the end-results. Achieving 82% positive reviews on Steam is something we’re proud of.

What is going on at the studio right now?

The team is issuing hotfixes, we’re about to release the patch 1.1 in the upcoming weeks. We will add some new features and fix most of the bugs reported by the community. The release is just a beginning, we’ve got a long roadmap announced and will work hard to get it done.

One last question. What would you say is Gamedec’s place in today’s RPG space?

I believe that with Gamedec and Disco Elysium, we showed that a fully narrative RPG is something that might work out if you put a lot of effort into it. Combat is not something every RPG must have and having no combat doesn’t mean that the game cannot be mature and violent. More games like that will emerge in the next couple of years.