Sensor Tower has shared the list of the highest-grossing mobile titles for August 2021 by worldwide revenue. PUBG Mobile landed in first place with $270 million in player spending. 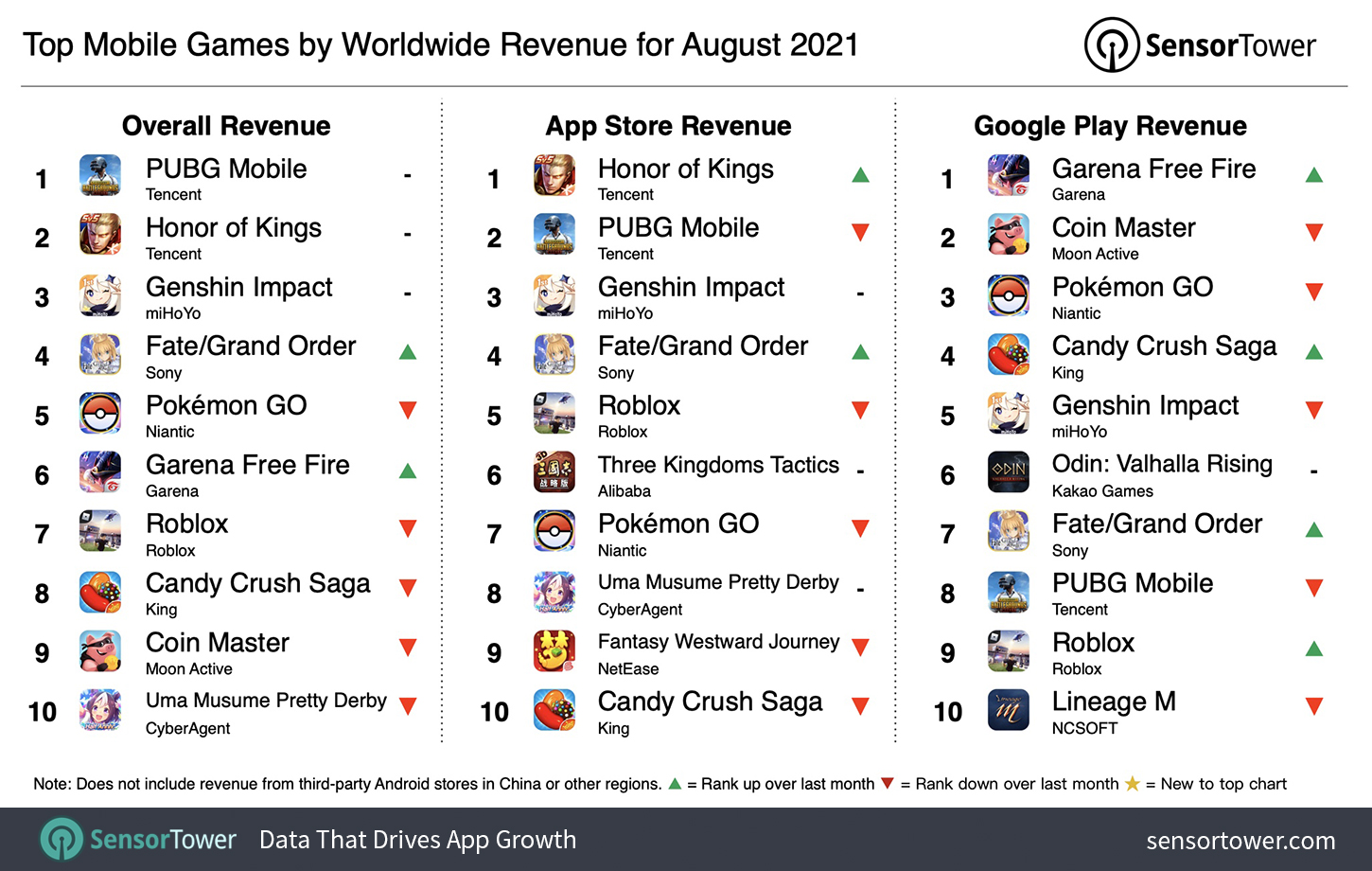