Mobile game advertising is evolving in the face of today’s consumer privacy initiatives and changing media consumption habits. However, mobile gaming developers are doing everything they can to protect their revenue sources instead of looking for growth opportunities due to these developments. Fortunately, none are happening overnight, offering developers some time to chart a path forward. 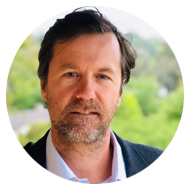 Many mobile gaming app developers are frantic, if not highly concerned. And with privacy initiatives mounting, the message has been loud and clear — consumers, platforms (i.e., Apple) and various levels of government are pushing back against a wild-wild-west mentality toward personally identifying information. For the past decade or two, cookies, device IDs, loose terms of service (TOS) and privacy policies, and a less-than-transparent consumer tracking apparatus have given ad tech a black eye. As a result, consumers lost confidence in how companies use their information, so regulators acted.

To say that mobile gaming is facing headwinds is an understatement. If we follow the money, mobile gaming app revenue primarily consists of store purchases and performance ad revenues, with branded ad revenues to a lesser extent. And of these sources, performance ads have been big business. In an ungoverned device ID tracking world, these mobile gaming ads can accurately target new users or reengage old ones using rewarded video ads or interstitial display ads that promote other apps. Behind the scenes, third parties have used deterministic attribution reporting to track these installations.

With the deprecation of device IDs (there’s Apple again), mobile gaming apps have been hard hit on both sides of the table. Developers are experiencing a lower Return on Advertising Spend (ROAS) to add new users while having fewer users to target using performance campaigns running on their own mobile apps. More specifically, they are less able to target those highly valuable users that they know will make in-game store purchases. Mobile gaming app developers used to be able to count on +20% of users actively making store purchases, but in the past few years that spending has been cut in half. In short, both the in-game store purchases and performance ad revenues are declining. The business model for mobile gaming apps is far from over, but the path forward will be more restrained until ad tech can help these developers settle into privacy compliance.

Even tougher than being a mobile gaming company in this climate, third parties that service targeting, attribution and data identities will struggle to exist moving forward. Not surprisingly, they see the writing on the wall — consolidation in their sector is in full swing, with many trying to get out. These changes are already creating an impact on ad revenue but in the end, consumer privacy is a good thing that will lead to a healthier ad industry.

How we consume media will continue to change

As digital media continues to grow, traditional sources such as TV and print are on a slow burn. Once the primary source of news and entertainment, they’re now becoming a much smaller component of the larger media landscape. How we consume media keeps changing, and the last holdouts are losing their dominating grip on advertising budgets.

One media source taking center stage is connected TV (CTV). As consumers surf their favorite streaming service looking for new shows or revisiting old ones, they push content providers to innovate, causing advertisers to follow. Mobile gaming apps are no different. With advances in augmented reality and virtual reality, gaming will start to incorporate new technology and take a different shape. Top this off with Facebook’s Metaverse initiative and you have a company rich in data on how we consume all aspects of digital media, and how those behaviors are evolving. In short, mobile gaming apps will need to keep up to remain relevant.

So what can a mobile gaming app developer do to ensure they don’t end up on the sidelines? First, do not pursue cheaper user acquisitions by acquiring a legacy-tech third-party service provider in the analytics, attribution and data arena. Second, start planning for a future in a more privacy compliant world that will be a blend of brand and performance ad units. There will always be users that explicitly allow tracking for advertising purposes, albeit a much smaller percentage. Thus, your user acquisition and pure performance ad unit models will not disappear. To a greater extent, most user acquisitions and ad revenues will occur using cohorts that are based on first-party data (data you collect from your own users and control directly) and anonymous moment data from the content and mobile device.

To take advantage of this privacy compliant opportunity, developers will more directly connect the user experience (content) with advertisers through cohorts via standardized taxonomies that the industry is establishing to solve these problems. By identifying moments based on activities, emotions and status in the creative of your games, ad campaign targeting will come to primarily use present data, which is intrinsically better than the historical data type tracked by cookies, IDs and those legacy third-party service providers. After all the dust settles with privacy initiatives and the ever-evolving digital media consumption, there actually is a very bright future for mobile gaming apps and their consumers.

About the author: Todd has been in the digital media and advertising sector for 20+ years covering content management, distribution, and advertising mediation and has been a technocrat since his early Peace Corps days as a small business systems advisor in Pakistan and Botswana.

Seeing a need for vertical integration, mediation efficiency improvements and transparency in a disorganized mobile application advertising sector, he founded VRTCAL in 2016 as a mobile developer-first technology platform.