The winners of DStars Awards have been announced today.

It is the third edition of DStars, Italy’s biggest event celebrating the country’s game developers. “We want these stars of the Italian games industry, from veteran developers and resourceful support staff, to inspiring management and visionary role models, to be able to have their contributions recognized,” the organizers said. 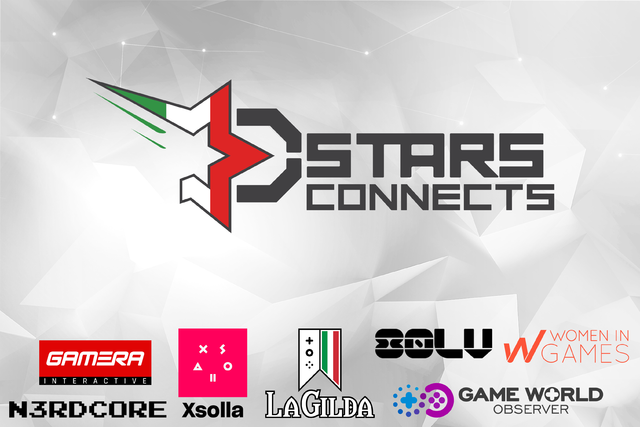 Over 130 Italian video games professionals from around the world have cast their votes across multiple categories.

Here’s the full list of the nominations and awardees:

BEST SPECIAL INITIATIVE (Awarded to a special initiative not directly connected with game development making an impact on the community): The Scostumati Portfolio Reviews;

BEST NEW STUDIO (Awarded to the Italian studio with the best debut game released on the market (console/PC/mobile) in 2020. No Early Access): Eyeguys

STUDIO OF THE YEAR (Awarded to the studio that achieved the most important international results in terms of positioning/brand awareness with its games): Kunos Simulazioni;

GAME OF THE YEAR (Awarded to the best Italian videogame released on the market (console/PC/mobile) in 2020. No Early Access): The Suicide of Rachel Foster (PC, Xbox One, PS4);

DESIGN STAR (Awarded to an individual for his/her outstanding contribution in design or creativity related tasks for his/her studio/game): Daniele Azara, Head of Games at One-O-One-Games;

PRODUCTION STAR (Awarded to an individual for his/her outstanding contribution in production, leading the studio to a/multiple smart release/s on the market (console/PC/mobile)): Violetta Leoni, Producer at One-O-One-Games;

MARKETING, PR & BIZ DEV STAR (Awarded to an individual for his outstanding contribution in PR, marketing and business development for his studio/game): Andrea Tabacco, CEO of Antab Studio;

WOMEN IN GAMES RECOGNITION AWARD (A special prize by the UK association, awarded to the most important woman in the Italian industry for her contribution to the dev scene): Lara Gianotti, Game Designer at Antab Studio;

GAME WORLD OBSERVER RECOGNITION AWARD (A special prize by Game World Observer, awarded by the editorial team to the most important Italian professional for his contribution to the dev scene in 2020): Chris Darril, Creative Director of the Remothered series;

GUIDING STAR (A special prize by the DStars board, awarded to an individual or a studio whose leadership and contribution have proved outstanding for the whole game development scene in Italy since it exists): Antonio Farina.

The full list of the contenders is available here.

This year’s edition of DStars also includes one-day boutique conference DStars Connects to be held on March 28. It will feature two tracks on game development and business-related topics. Both tracks of the conference will be inaugurated by Mayor of Padua Sergio Giordani, followed by a keynote speech from Obsidian’s Josh Sawyer. Other talks will cover game production, publishing, gamedesing, crowdfunding, etc. The agenda is available here. DStars Connects is hosted on The WN Hub, networking platform for video games professionals.

In addition to streaming talks and discussions, the event will feature the virtual Expo Zone, Italian Game Developer Showcase, the meeting system and chats.

You can register for DStars Connects here.