CD Projekt executives took the responsibility for Cyberpunk 2077‘s buggy release. They also changed the system for bonus payouts to the devs.

It previously tied bonuses to review scores. Now, however, the devs working on the game will receive bonuses regardless of the game’s ratings.

“We initially had a bonus system that was focused on the game’s ratings and the release date, but after consideration, we believe that measure is simply not fair under the circumstances. We underestimated the lengths and complexity involved to make this a reality, and still you did everything you could to deliver an ambitious, special game.”

Adam Badowski, studio head and creative director for Cyberpunk 2077, in an internal email obtained by Bloomberg

That’s only fair to the team that has been in the crunch mode in the run-up to the release. The change in the bonus payout system was implemented when the first user ratings arrived on Metacritic. The PC version of the game is currently rated 6.3 by users. The Xbox One version has the score of 2.7, while the PS4 owners only gave the game the score of 2.2. Quite unexpectedly, Google’s Stadia seems to be one of the best platforms to play the game for the time being.

Yesterday, the studio released the 1.04 update for the PC and PS4 versions. 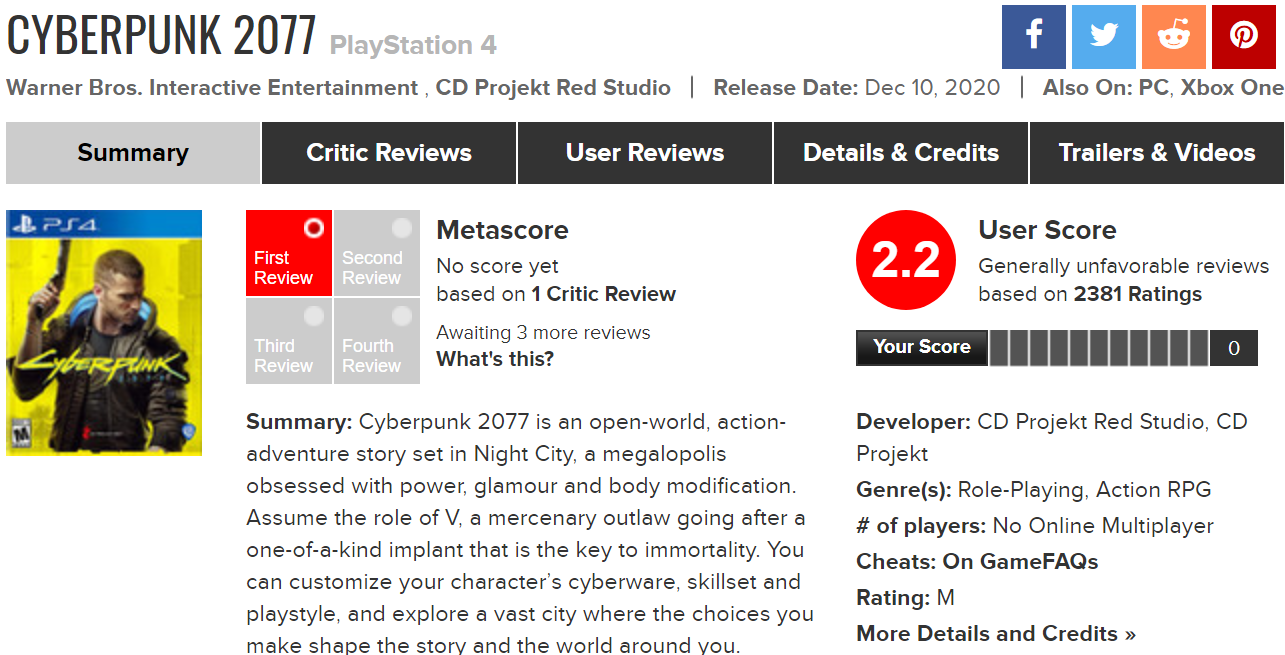