Chris Zukowski: Steam can only promote up to around 500 indie games per year
30.01
Wargaming top manager called a terrorist by KGB Belarus
30.01
AI USE CASE: How a mobile game development studio saved $70K in expenses
27.01
Sensor Tower: Subway Surfers was most downloaded game in Q4 2022, but the Stumble Guys showed fastest growth
26.01
The Day Before loses its page on Steam. Developer cites trademark complaint
25.01
125 games industry professionals from 85 companies attended WN Connect business event in Belgrad
24.01
Blizzard caught up in scandal. Again. This time it is all about ranking its employees
24.01
Cyberpunk 2077 quest director Paweł Sasko on game’s non-linearity: “Players expected more because of the fact how The Witcher 3 is built”
23.01
Key success factors for ZERO Sievert, top-down extraction shooter that generated over $1 million in its first week
23.01
Dragon Age: Dreadwolf production director Mac Walters leaves BioWare after almost 20 years
23.01
All news
Industry News 08.12.2020 15:19

Just like The Witcher 3 five years ago, Cyberpunk 2077 is debuting in an already “famously buggy state.” This is despite mandatory crunch that lasted for more than a year for at least some devs at CD Projekt RED. 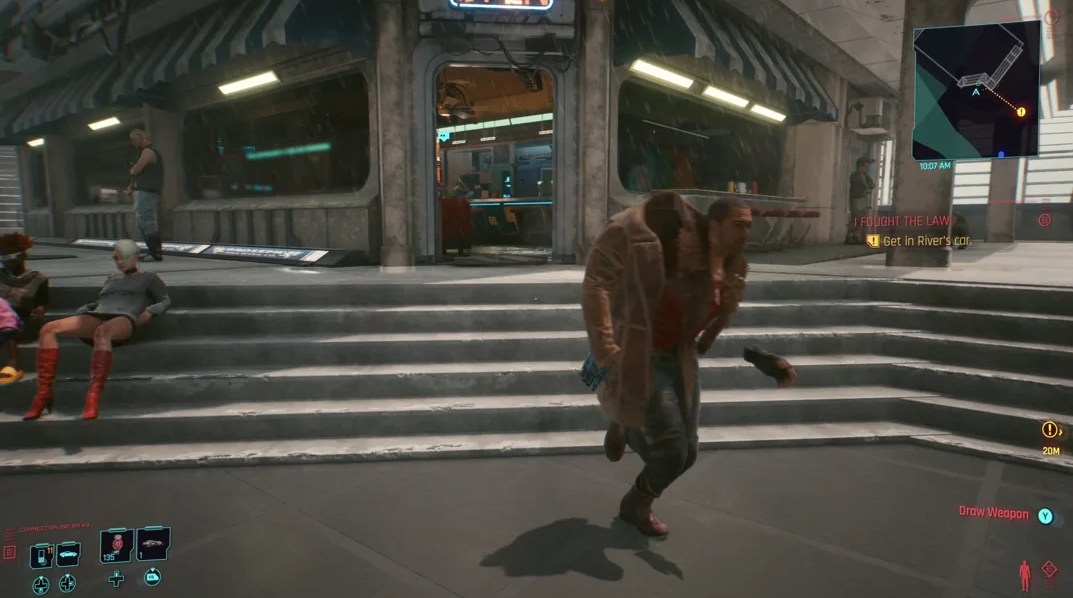 It has sparked a new wave of debate across the developer community on whether crunch is ever worth it. Rami Ismail, formerly of Vlambeer, believes that “crunch & death marches lead to bugs instead of polish, and destroys the devs at the same time.” This point is made especially valid by the “no forced crunch” approach to development behind another celebrated title, Hades.

While game development certainly is a “risky, unpredictable process,” Ismail argues that “if managers can’t manage known risks without destroying the people they manage, then what’s their actual use?” Even if the pressure to crunch comes the execs, “your responsibility to the team is to ensure that you act as the buffer between that hostility, and tell those above you that it cannot be done. That’s the job and that’s leadership. Your team should not be a blood sacrifice to keep your job.”

Ismail inists that there should be zero-tolerance policy on even a few hours of crunch. “It always starts with a few hours, until that’s just normalized into the culture, and then there’s a few hours on top of that, & again, & so on.”

On a related note, Stanislav Costiuc, Lead Game Designer at Ubisoft, warns against NOT planning for unforseen issues. “A lot of managers in this industry forget to do a very basic thing: plan buffer time. Like if something looks like 4 months of work, think of it as 8, AT LEAST 6. Unforeseen problems always happen and yet so many people don’t do a simple act of giving time for unforeseen issues.”

Likewise, Eline Muijres, Producer at Mipumi (we did an interview with them!), put together a whole thread on how to avoid crunch despite games being all risky and unpredictable.

A healthy production starts with a plan that has to answer these four basic questions:

According to Muijres, you should add a 30-50% buffer ON TOP of how long your team says a task will take. Additional buffer time should be also added to account for vacations, sick days, national holidays, onboarding/training. As for timing, it’s realistic to only expect around 6 hours of full productivity from the team each day.

The risk assessment document and mitigation plan should also be created before production begins.

Finally, features should be identified that can be cut if necessary. And if someone wants to add a new feature, you should carefully consider the impact on the production it could have.

If despite all of this you do find yourself behind the scedule, be prepared to make unpopular decisions such as:

“We all love video games. But they are not worth destroying lives for,” Muijres concludes.

There’s this GDC video from Butterscotch Shenanigans’ Seth Coster specifically focusing on how to break “the loop of heroics” (aka endless crunch) in indie development.

Finally, putting his two cents in, Bloomberg’s Jason Schreier has got this to say. “Maybe more of these massive AAA productions should drop the facade and just admit that they’re launching in Early Access and will be finished in a few months. Maybe that’d help mitigate some of the pressure on their employees.” Which brings us back to Hades which spent around two years in Early Access and is now able to compete for the Game of the Year award.