PlayStation officially announced the new date for its The Future of Gaming event. It will now take place on June 11. During the live stream, Sony will reveal PS5 games from internal and third-party studios. Some exclusives are expected. A sequel to Horizon Zero Dawn is one of the probable announcements. 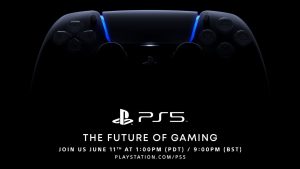 The event was moved from the original date of June 4 due to Black Lives Matter protests.

As for Microsoft, it is expected to reveal third-party games for the Xbox Series X during its Xboxing Day event. According to a tweet from author Jeff Grubb, it was pushed from June to August. The reveal event for games from Xbox Game Studios is still planned for July. Confusingly, Xbox Games Marketing Head Aaron Greenberg said they “have not pushed anything back,” but still confirmed that the next Xbox digital show will only take place in July.