It Takes Two hits 10 million unit sold. “Nobody expected this,” says Josef Fares
03.02
Over 1 million Chinese players apply for refunds due to expiration of Blzzard’s agreement with NetEase
03.02
NCSoft West lays off 20% of employees as part of ‘global realignment’
03.02
Organic discovery and app store featuring to be declared dead in 2023, according to Deconstructor of Fun
02.02
Dwarf Fortress made $7.2 million in January, 44 times more than in all of 2022
02.02
PlayStation reports 53% Q3 revenue growth, driven by strong sales of consoles and third-party games
02.02
Tenjin and GameAnalytics release Q4 Hyper-Casual Games Benchmark Report
01.02
Chris Zukowski: Steam can only promote up to around 500 indie games per year
30.01
Wargaming top manager called a terrorist by KGB Belarus
30.01
AI USE CASE: How a mobile game development studio saved $70K in expenses
27.01
All news
Industry News 13.02.2020 12:55

A draft version of E3 2020 went live yesterday and was quickly made private. No sensitive information was made public, but this could just be one embarrassment too many for the ESA, E3 organizer, which leaked personal data of about 2000 E3 participants last summer. Anyway, this latest blunder was serious enough for Geoff Keighley to decide not to participate in E3 for the first time in 25 years. 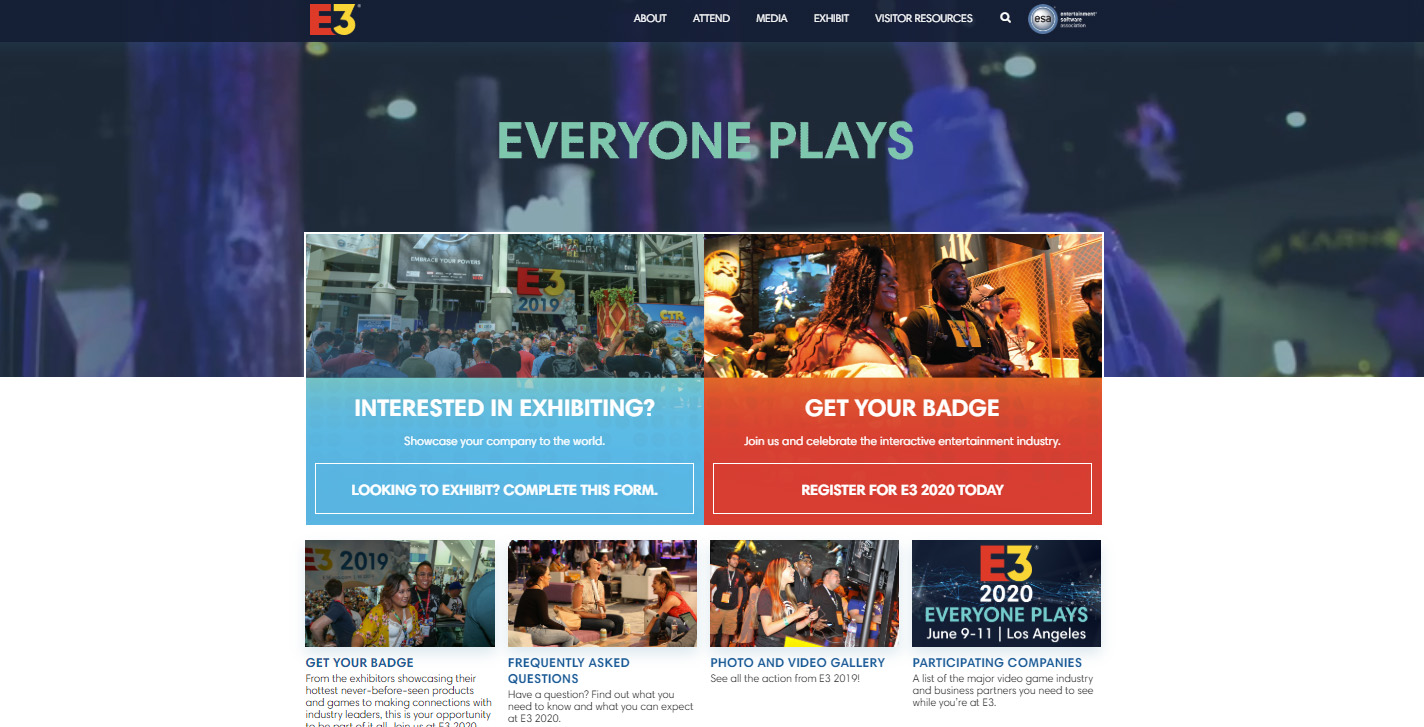 “Given what has been publicly communicated about plans for E3 2020, I just don’t feel comfortable participating in the show at this time. I saw the E3 website leak this AM and said, “You know what, I really need to let people know what to expect from me, so no one is disappointed,” Keighley told GamesIndutry.biz.

Keighley has also been producing and hosting E3 Coliseum live stage show since 2017. It’s unclear now if ESA intends to do the show this year with a new host.

Keighley’s backing out is the latest in the line of notable departures from E3. In January, Sony announced it would be skipping E3 for a second time in a row, while Electronic Arts left E3 several years ago.

Apart from ongoing problems with website security, E3 is going through a major identity crisis as it struggles to remain relevant both as a trade show and a fan event.

The ESA promises that “E3 2020 will feature special guest gamers, celebrities, and digital programming on the show floor while connecting with global audiences through extended livestreaming. A highlight will be the debut of an all-new floor experience that will be streamed to bring exclusive conversations with leading industry innovators and creators to attendees and fans worldwide.”

As for the companies who are still on board with E3 202o, these include Xbox, Nintendo, Ubisoft, Bethesda Softworks, Sega, Capcom, Square Enix, Take-Two Interactive Software, Bandai Namco Entertainment America Inc., and Warner Bros. Games.

Keighley himself is not ruling out returning to E3 in the future. He told Washington Post, “It’s no secret that E3 needs to evolve and I have lots of ideas around that, but have decided to take a wait-and-see approach. I’m looking forward to learning more about the ESA’s vision for the show beyond what was in the blog post last week.”