Chris Zukowski: Steam can only promote up to around 500 indie games per year
30.01
Wargaming top manager called a terrorist by KGB Belarus
30.01
AI USE CASE: How a mobile game development studio saved $70K in expenses
27.01
Sensor Tower: Subway Surfers was most downloaded game in Q4 2022, but the Stumble Guys showed fastest growth
26.01
The Day Before loses its page on Steam. Developer cites trademark complaint
25.01
125 games industry professionals from 85 companies attended WN Connect business event in Belgrad
24.01
Blizzard caught up in scandal. Again. This time it is all about ranking its employees
24.01
Cyberpunk 2077 quest director Paweł Sasko on game’s non-linearity: “Players expected more because of the fact how The Witcher 3 is built”
23.01
Key success factors for ZERO Sievert, top-down extraction shooter that generated over $1 million in its first week
23.01
Dragon Age: Dreadwolf production director Mac Walters leaves BioWare after almost 20 years
23.01
All news
Industry News 04.12.2019 17:05

Tencent is launching the Chinese version of the Nintendo Switch on December 10. The Chinese Switch will be priced at 2,099 yuan (around $300) and will come with a copy of New Super Mario Bros U Deluxe, the only game for Switch so far to have received official license. 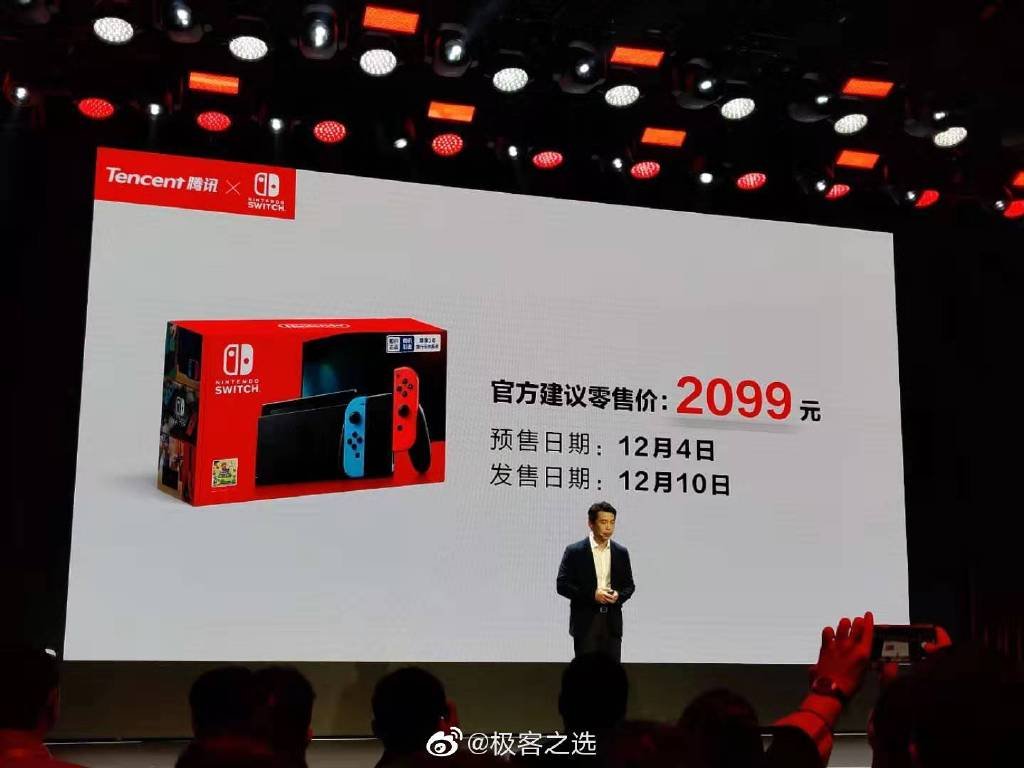 Games will be priced at roughly $42 which is standard in the region.

Technically, Nintendo Switch has been unofficially available in China on the grey market since 2017. Its official version has been modified to be compatible with Tencent cloud service and its WeChat Pay payment system.

As Niko Partners analyst Daniel Ahmad shared on his Twitter, at least 18 titles from overseas developers are being currently localized so that they can then be submitted for approval. These include Just Dance, Hollow Knight, Mario + Rabbids, Octopath Traveler, Tools Up, Mario & Sonic at the Toyko 2020 Olympic Games, Daemon X Machina and Rabbids Party, which is an exclusive  from Ubisoft.

Companies like Konami, Sega, Square Enix, Next Studios are now working on the official versions of their existing titles to localize them for the Chinese market.

A number of Chinse indie developers are already expecting approval for their games.

According to Nintendo CEO Shuntaro Furukawa, the company does not expect the console’s rollout in China to significantly impact Nintendo’s financial year, which ends 31 March 2020.

The Switch Light has not been confirmed for China, but the it’s likely to launch in the region sometime next year.

It will be interesting to see how the console performs in a market largely defined by smartphone gaming.