Tiny Money from two Israel-based artists, Dor Bar and Shachar Peters, is a stop motion clay animation game in the vein of 1998 classic The Neverhood. The game is still in development. We caught up with Dor Bar to discuss the studio’s debut project. 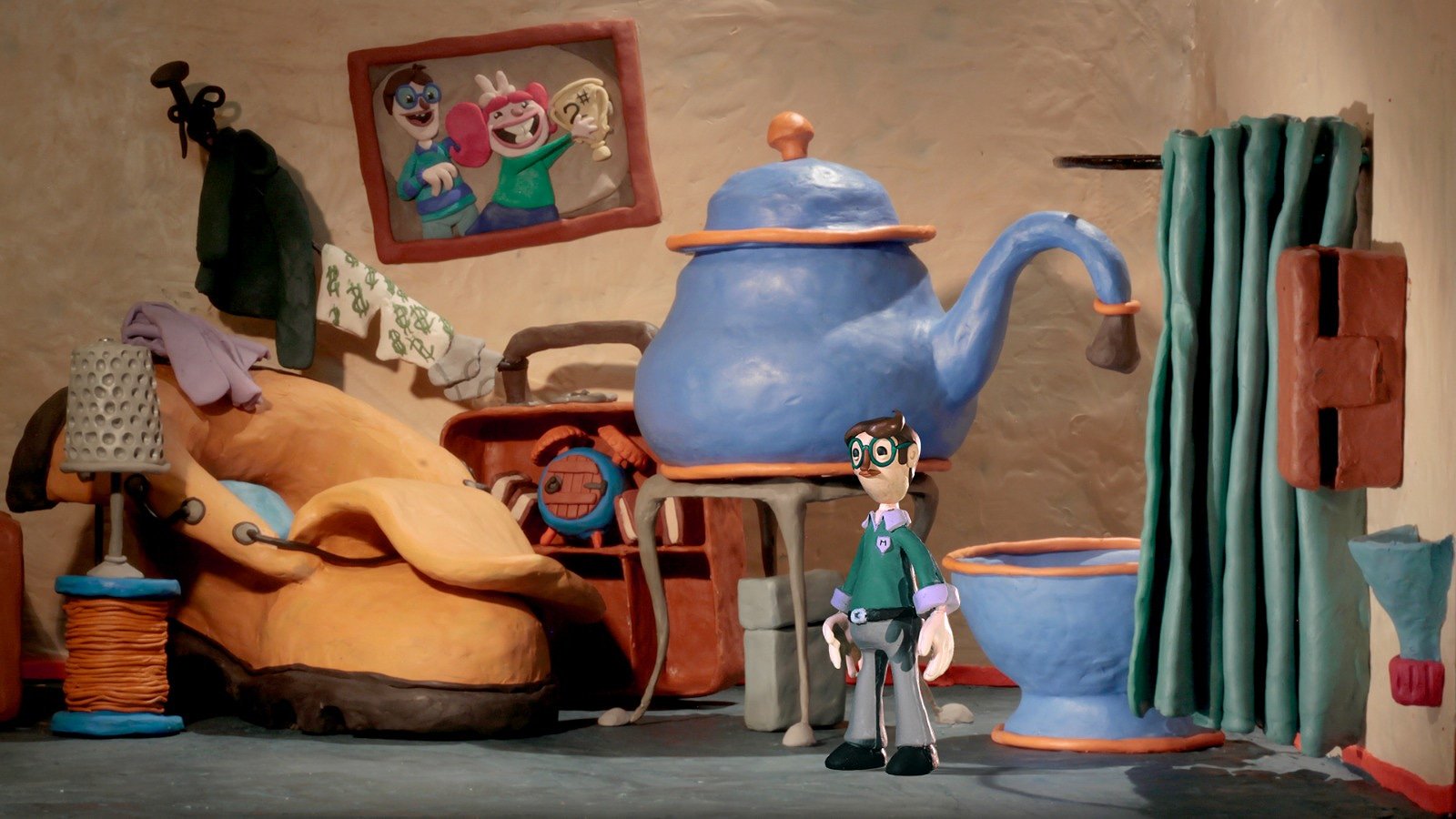 One of the highlights of the recent White Nights Moscow 2019 was the deconstruction workshop in which four games participated, but only one got both Jury’s Choice and Audience awards. This game is a point-and-click adventure called Tiny Money (full trailer in the end of the article) from two Israel-based artists, Dor Bar and Shachar Peters. What made it stand out is its use of stop motion clay animation. This and also its premise that makes the game a form of social commentary. Tiny Money is set in a world where the physical size of characters changes depending on their current financial situation. We play as Pete, a single 28 year-old bank clerk who desperately tries not to disappear. Following the latest payment, he has shrinked so much that he can fit inside a coffee machine and is charged with the task of making his boss a cup of coffee.

Playable at White Nights was only a short demo, but it contained just enough plasticine magic to make us look forward to a full release.

People and process behind Tiny Money

GWO: Hey Dor, tell us a couple of words about the team? Where do you come from as a studio? Is it just the two of you?

Dor: Hi, thank you for having us. Tiny Money actually began as a graduation project for Sapir Academic college, in Sderot, Israel, in which Shachar and I studied animation. It was just the two of us for two and a half years, until few months ago, when Ariel Bluman, our Unity developer, joined in.

GWO: What kind of gamedev community do you have in Israel?

Dor: We have a highly supportive gamedev community in Israel, starting with the amazing GameIS community, which is a kind of promotion and networking platform for developers, and ending with other meetups and conventions conducted regularly by different gamedev schools, studios, and even individual developers.

GWO: Dor, you and Shachar studied Animation and Multimedia. How did you get into games? Did you educate yourselves about game design?

Dor: Shachar and I studied animation, cinema, design, and how to write a proper story. The craft of stop motion / claymation was also a very significant part of our curriculum. We didn’t have a real program for game design, but our studies gave us the solid foundation we needed to start.

GWO: Tell us about Tiny Money. Is it your first project? Why did you go with stop motion? Did you study the market?

Dor: Tiny Money is our first game. Before that, Shachar and I were making mainly stop motion short movies.

I’ve been sculpting since a very young age, so the choice of stop motion animation, which uses real life materials, was a very natural choice for me.

The initial drive to start working on Tiny Money was not from a market study, it was more of a passion. I loved adventure games when I was young, and we wanted to make a stop motion game because we love it, and it’s so rare to see one. 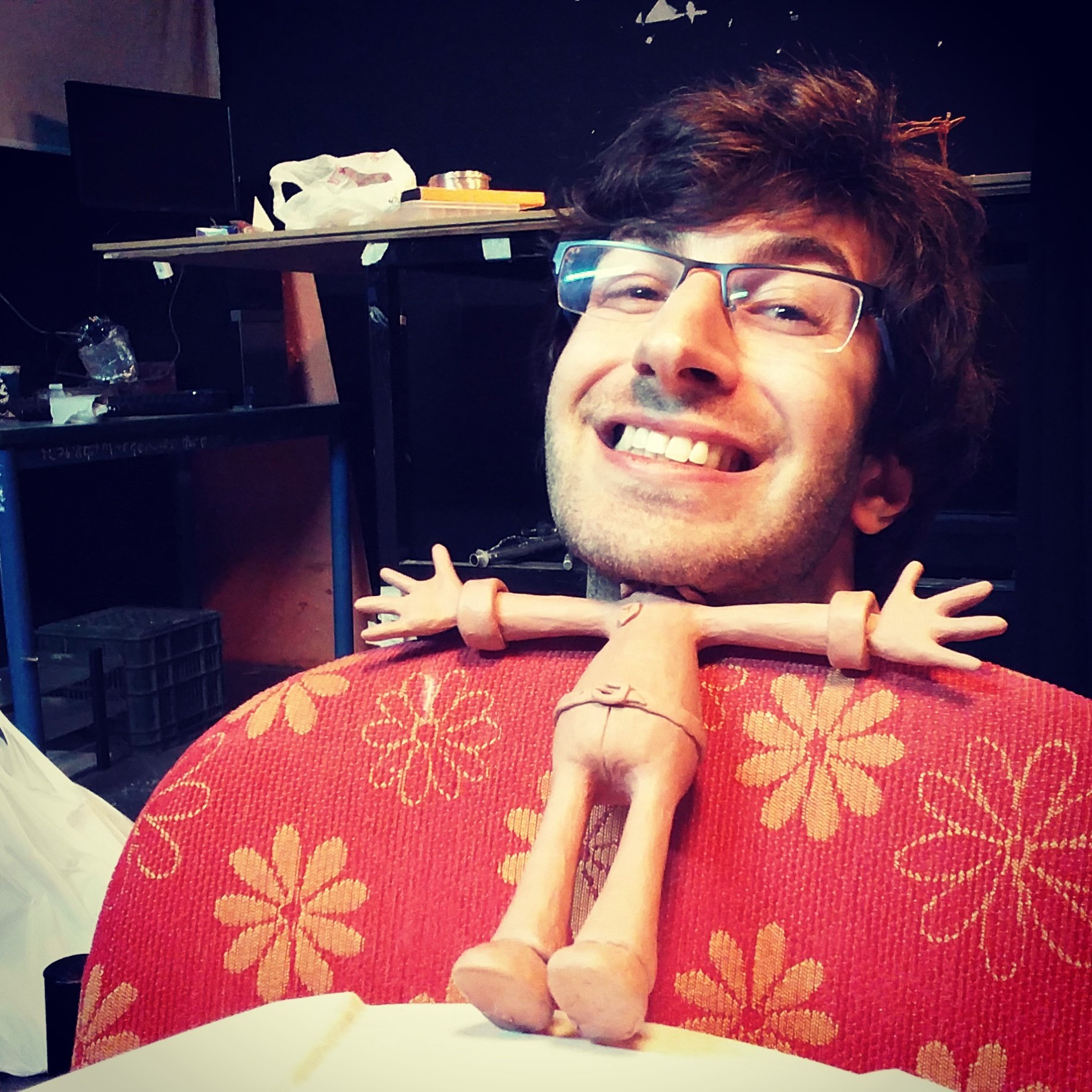 Dor Bar bonding with his character

GWO: And why do you think there aren’t more stop motion clay games?

Dor: I think there are a few reasons for that. The way I see it, the main reason is the small size of the stop motion community. It is very hard to get results that can pass the limits of this niche, to get the recognition by the industry.

Plus, it’s difficult to streamline the production. Stop motion environment sets and characters can change, break, the camera can move while you shoot, the lights can move, and you need to adjust to that.

Another reason is the fact you need to have a studio with a high-quality camera, lamps, special equipment, and materials, while with some other types of game animations, all you’ll need is your computer.

GWO: Can you cite any notable inspirations? The Neverhood, probably? Anything else, not necessarily games?

Dor: The Neverhood is certainly a big inspiration, mainly the type of rough, though styled, plasticine art with tons of soul, and feel.

Other games I loved were Lucas Arts’ Monkey Island and Grim Fandango, which had deep narratives, humor, and detail. 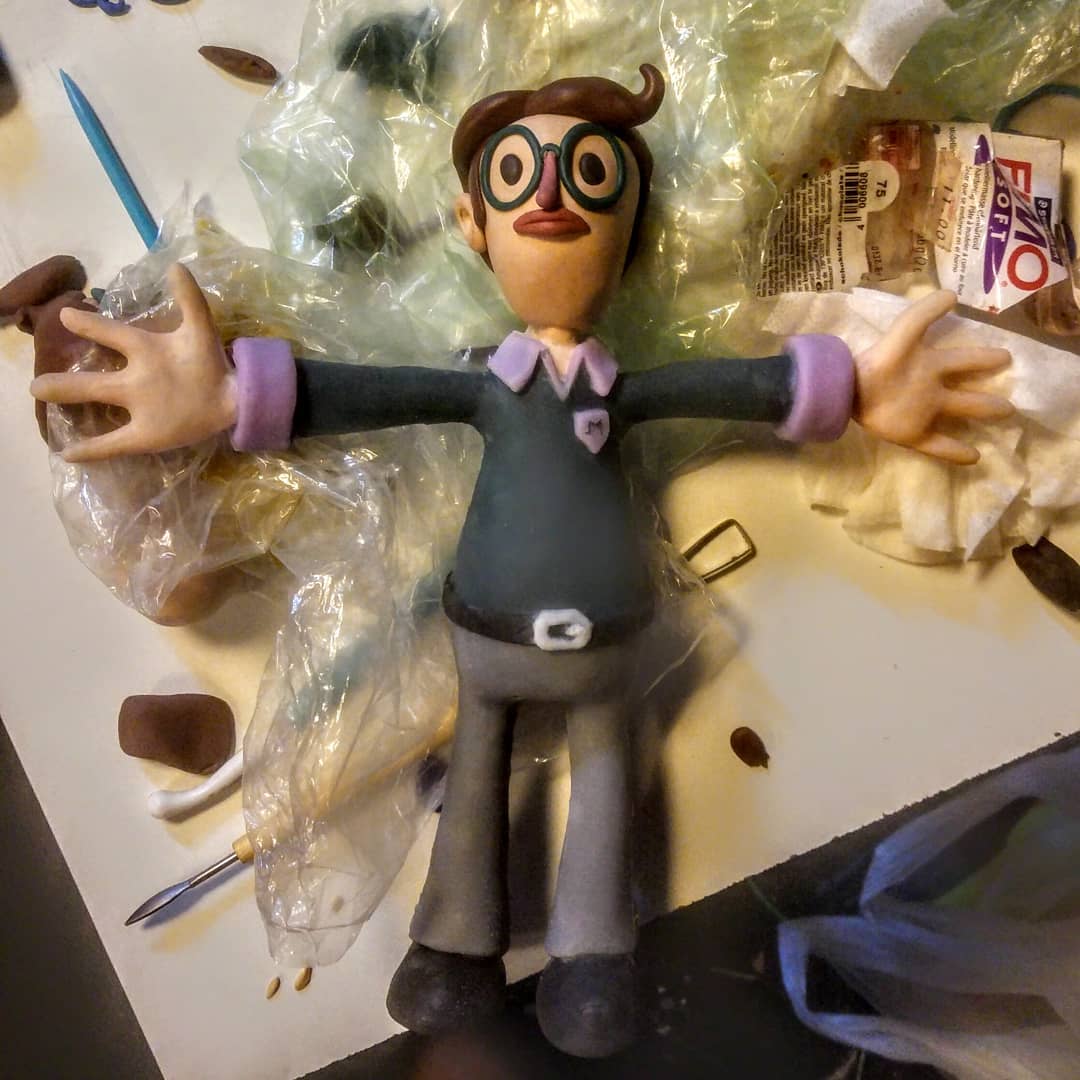 Behind the scenes of Tiny Money: the puppet of Pete, the game’s protagonist

GWO: How did you arrive at the concept of a story about a small man with little to no money? Almost sounds like a philosophical parable.

Dor: I have heard this real story about a tycoon that used his power and connections to evict a poor neighborhood in order to build luxury towers. He is a giant who can wipe a neighborhood and the poor? What can they do about it? They are invisible and powerless like ants relative to him.

But sometimes ants can work together to take down bigger animals.

GWO: During the deconstruction workshop, the experts on the jury reported being stuck at the coffee-making puzzle. What exactly was their criticism and are you going to change something based on their feedback?

Dor: The deconstruction experts brought up many important points, it was generally an amazing experience and a great honor for us.

I think being stuck in an adventure game is an important stage that preceeds the joy of solving the part you’ve been stuck at.

On the other hand, you should always leave enough clues, visually or logically, in order for the player to enjoy the intellectual complexity of it, rather than to be upset from the lack of understanding of random or unjustified solutions.

Therefore, we’ll do our best to make the changes that will allow our players to get stuck and unstuck in a more logical and fun way.

Dor: Every environment set gets a lot of screen time so we were planning it very carefully. In stop motion there’s no scaling, if something is too big, or too small, you’ll need to make a new one. To avoid that, we start with hand-drawn concepts, then, simple 3D reference, and color.

The time it takes to build a set largely depends on its complexity. Whether it has moving parts. How much detail there is. Lighting is challenge too.

The coffee machine set took about a month to make, it was a pretty complex set to build. With lots of moving wheels and parts.

We were shooting at an average of 8 sec of animation per day. That’s about 200 pictures.

The puppets and sets are moved by hand, one frame at a time, captured by a DSLR camera. This creates the amazing fluent animation movement. There are 1500 photos for 1 minute of animation!

GWO: How much is done already? What remains to be done? Any idea when you are going to finish?

Dor: At the moment we have a playable demo waiting to be released. Another scene is 95% finished. The deadline depends on when we’ll find publishers.

GWO: Let’s talk business a little bit. Do you have a business plan and marketing strategy for the game?

Dor: We are not marketing people, although we are active on social media where we post our progress. We also attend gamedev events and conferences.

GWO: And how is that working out for you, attending gaming conferences?

Dor: This was how we met our awesome developer Ariel Bluman, and where we get lots of connections. When you have such a supportive community of talented and connected people, you can find almost every event useful.

GWO: Is there already a community of fans? How do you work with them?

We also have our page where people can subscribe and get the demo first when it launches.

GWO: As a studio, what kind of partner do you need? Investors? Publishers? What business functions would you like them to take over?

Dor: We are looking for a publisher that can provide investment and marketing.

We know how to make the product, but marketing is not our specialty, and we’ll need resources to make Tiny Money happen.

GWO: Why don’t you guys leave your contact details here in case some interested publishers come across this article?

GWO: Thank you for your time. And all the best with the rest of your plasticine adventure!

Tiny Money has its own page on Publisher Wanted. If you are developer looking for a publisher or an investor, this would be the right place for you to tell about yourself and your project. You can sign up here.