Chris Zukowski: Steam can only promote up to around 500 indie games per year
20:40
Wargaming top manager called a terrorist by KGB Belarus
17:19
AI USE CASE: How a mobile game development studio saved $70K in expenses
27.01
Sensor Tower: Subway Surfers was most downloaded game in Q4 2022, but the Stumble Guys showed fastest growth
26.01
The Day Before loses its page on Steam. Developer cites trademark complaint
25.01
125 games industry professionals from 85 companies attended WN Connect business event in Belgrad
24.01
Blizzard caught up in scandal. Again. This time it is all about ranking its employees
24.01
Cyberpunk 2077 quest director Paweł Sasko on game’s non-linearity: “Players expected more because of the fact how The Witcher 3 is built”
23.01
Key success factors for ZERO Sievert, top-down extraction shooter that generated over $1 million in its first week
23.01
Dragon Age: Dreadwolf production director Mac Walters leaves BioWare after almost 20 years
23.01
All news
Industry News 06.09.2019 14:18

With the launch of My.Games Store approaching, the Mail.ru’s gaming division executives share new details about the platform.

Mail.ru has been running a PC platform in Russia for more than ten years, with its MAU currently at around 13 million, which is comparable to Steam’s audience. The Russian tech giant is now ready to capitalize on the domestic success to expand the business beyond Russia. 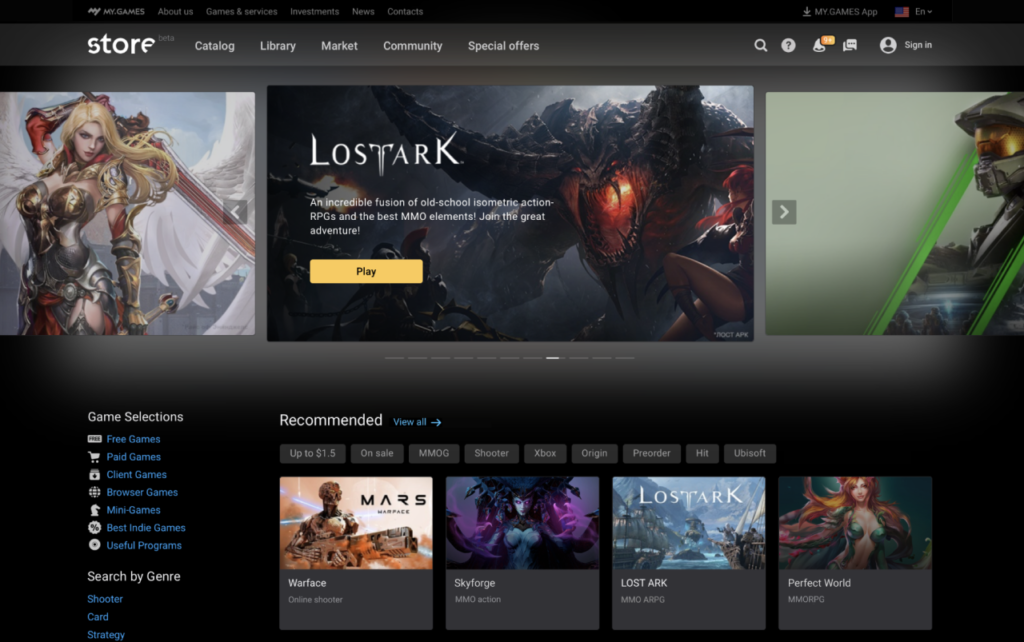 Elena Grigoryan, marketing director at My.Games, says the company has also been releasing games globally for years, with 10 international offices allowing them to reach West and Asia. The global experience of My.Games’ publishing and development divisions will now inform the strategy for the PC platform.

In fact, according to the My.GamesWest’s general manager Volker Boenigk, that’s where the store’s competitive advantage lies. The company’s experience as a developer and publisher will allow My.Games to create a marketplace “that combines all our learnings and our knowledge about the issues we’ve encountered, because we publish games on Steam, on PlayStation, on Xbox,” he told to Gamesindustry.biz.

My.Games will arrive stacked with chats, friends lists, achievements and other features for core gamers. While some of them will be available from day one, others will be introduced gradually following the launch.

“We have these years of features that are already built, that are very clear and exist. It’s not that we would create a roadmap out of just our imagination of what we’d like to do. The features are there, it’s just we’ll bring them step-by-step to make sure everything works as it should,” says Boenigk.

My.Games will not pursue exclusives the way EGS does. Even its own titles are also available on Steam. Boenigk elaborates:

“[Exclusivity is] not the approach we have. The features of our platform, we want and hope that will be the value, for both the developers and the users. And then having all the great games there, perfect. If you want to play them on our site, great, here they are — plus our cool features. You want to play them on Steam? We won’t stop you.”

More controversially, the new store will offer the 70/30 revenue split model to developers. However, Rodion Kotelnikov, head of My.Games Store, says it might change in the future. Moreover, according to him, flexibility is possible on a case-by-case basis.

Once the store goes live in the West sometime in Q4, the team will work with early adopters to develop a platform in “a developer-driven way and a user-driven way.”