“No sign the market is getting tired of match-3”: Interview with Playrix about Wildscapes

On August 14, Playrix launched Wildscapes, a new match-3 game. We sat down with Anton Chernyagov, the General Manager at Playrix, to talk about the new project and what makes it different from the other games in the -scapes series.

Alexander Semenov, staff writer at Game World Observer: Today Playrix is a huge company with over a thousand employees. As we know, the story of any game is the story of a team. So I’d like to ask you about your teams. How do you usually decide who works on a new project and who sticks with the existing games? 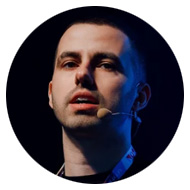 Anton Chernyagov, General Manager at Playrix: Each of our teams is unique. Typically we put experienced people on new projects. This gives them new perspectives and opportunities for growth while also giving their colleagues the chance to take over their former responsibilities. But sometimes we will bring on new hires if their experience and expertise are in line with the goals of the project.

Overall, we try to strike a balance between newbies and veterans on our projects. This way we can continuously level up the team by giving them new challenges while also making sure that we achieve great results.

So as far as I understand, you don’t use a single core team when it comes to launching new projects?

Chernyagov: No, we don’t. As I mentioned, we try to have a balance of new and experienced employees throughout the whole project timeline.

Besides, we always try to take into account our employees’ own interests. Since we now have a number of different projects in development, some people are more interested in a particular genre or specific style, so we keep that in mind when we’re assembling a team.

Zoos are not a new concept for Playrix. You previously introduced a large feature in just such a setting in Township. Is that why your new title is set in a zoo? Or were there other factors?

Chernyagov: Yes, Township players really liked the zoo, so that was one of the reasons why we considered it. But wild animals and parks are interesting in their own right, both from a visual and a narrative perspective, and they’re easy to scale. In Wildscapes, we didn’t just repackage our old projects, we created a fresh concept for a metagame.

One more question about the setting. When I picked up the game I got the impression that the art was created with a Chinese audience in mind. Is that so?

Chernyagov: No, we didn’t have any specific intention to adapt the project for Asian users  in particular. At the very start of the game we wanted to show the diversity of animals: elephants, pandas, peacocks, and tigers. An Asian setting just happened to fit for that idea. In future updates, we’re planning to feature the flora and fauna of other regions—the African savanna, the Arctic, and the Americas.

We also wanted to create a relaxing atmosphere and somewhat of a vacation vibe in the game. That’s why the first area represents some of the warmer countries. It helped us create that chill vibe that we often lack in our everyday life.

By the way, GameRefinery has recently shared a study they did of the Chinese market. According to the report, Chinese players like to match animal elements more than food ones. What do you think about that, and was there any temptation to use animals as match-3 elements?

Chernyagov: Those findings are definitely interesting. I don’t really have an opinion about them, though, because we’re not experts on China. We create our products for a global audience.

Most of our match-3 elements are “food” but we don’t exclude animals. We have rabbits, raccoons, ladybugs, and ostriches as special elements.

Let’s talk about the game itself. How does Wildscapes differ from Homescapes, for example? Are there any sharp contrasts?

Chernyagov: We use the same classic colorful power-ups, but combined with new mechanics that we call “animal helpers”. The player “feeds” the animals certain elements, and in return the animals help them beat levels by throwing power-ups onto the field.

That’s an important change, but it’s not that big. Are you worried that your audience might be getting tired of the same gameplay?

Chernyagov: That’s actually why we decided to add some new mechanics. It makes the levels different from what players are used to in our other games and keeps them interested and engaged. And actually, we haven’t seen any signs that the market is getting tired of match-3. All of our titles are still growing, which means players like the genre.

You mentioned that in Gardenscapes, for example, you follow a formula when adding new elements. At the beginning, they should be introduced every three levels or so, and then less often after that. After Level 180, new elements are only introduced every 40 levels. Are you using the same approach in Wildscapes?

Chernyagov: In general, we haven’t changed our approach. In Wildscapes, we introduce elements at the same pace. We may share the numbers and details at one of our upcoming conferences.

Now let’s talk about the metagame. How does it work in the game?

Chernyagov: The metagame in Wildscapes is a casual sandbox with city building elements. The concept is quite simple: you buy animals and decorations with the coins you earn in match-3, spruce up the park, and unlock new expansions (areas and habitats). In other words, beating match-3 levels unlocks new content. At the same time, we try not to tire our users with a complicated game economy.

So basically you returned to the metagame from Fishdom. Right?

Chernyagov: I can see why you would compare it to Fishdom, but that’s not really the case. In Wildscapes, there are no space-limited aquariums, while Fishdom doesn’t have a building component that also affects pedestrians’ behavior. The two games are structurally similar, but Wildscapes creates a completely different gaming experience in the metagame.

Why did you decide to switch from a more linear approach? (In the other -scapes’ games the player has no choice over what to build and repair while the new title allows them to plan a wide range of buildings the way they want)

Chernyagov: I can’t say there was a concrete reason for the switch. It’s just exciting to create a game that offers a new experience but gives the same level of visual reactions to the player’s actions.

One of the most unexpected things in the meta is that you bring back stars as rewards for beating levels (in Wildscapes at the end of each level, the player gets one to three stars depending on the number of points collected). Levels in your games can’t be replayed, but usually stars are used to stimulate replayability. Do you see a contradiction there?

Chernyagov: In Wildscapes, the stars aren’t part of the metagame and are unrelated to your progress in it, unlike in Homescapes. We decided to use them this way because we want each of our new games to give players a new experience. That’s more fun than just copying ourselves over and over again.

With Wildscapes, the star mechanics looked promising. Yes, we thought about the potential contradiction you mentioned and we came to the decision that the stars would just indicate how successfully you’ve completed a level, rather than being there to make you want to replay it.

Since we’re still talking about stars, I wanted to ask — does it take longer to design levels because they complicate the game balance?

Chernyagov: My answer is going to be very short: no, it doesn’t.

Another aspect of the metagame we didn’t expect from a Playrix match-3 game was hard currency. How much did this affect your metrics percent-wise?

Chernyagov: Players receive hard currency for completing tasks from visitors. It’s impossible (or impractical) to estimate the impact of this decision alone on the game’s performance independently of the other decisions. The game is like a living organism. According to our current estimates, this is working well and just the way we expected, otherwise we wouldn’t have included it in the release version.

You decided not to use a traditional storyline structure. Why?

Chernyagov: We thought it was exciting to give players a casual sandbox experience and to create a new kind of metagame. This concept wouldn’t have worked with a linear storyline. The challenge for us here was to design visual feedback (visitors’ behavior, animations, etc.) so that a sandbox game would feel as emotionally appealing as a story-based game. I think that we have been quite successful in this regard, but we still see some room for improvement in the future.

What is the game’s narrative based on?

Chernyagov: Narrative is a broad concept and almost every game has one. Depending on the genre and the game itself, the methods of delivering a narrative can vary greatly. Wildscapes, for example, has several layers of narrative.

The first and most visible layer is centered around medium-term goals. As mentioned above, the game has no linear plot, but there are quest chains. The zoo gets new visitors and employees periodically. Each of them has their own personality and their own little story. They turn to the player with their requests, comment on the player’s actions, and interact with animals and objects.

The second more background layer is built around ordinary visitors, animals, and the overall atmosphere of the park. Reaction animations, behavior customization, and other aspects create a certain atmosphere which also contains a message.

The principles of designing a game’s narrative are simple, and they can apply to practically any casual title:

From April to August, the game was in soft launch. How many levels and how much content did you have at that time?

Chernyagov: In April, we released a version with 220 levels and two areas — Asia and the Savanna. Now the game has double the amount of content. New levels will appear weekly, and we plan to release new areas with new updates.

Since you have gone global, the soft launch must have been successful. However, you did report that the first day retention was 38%. That was rather surprising since game producers say they don’t even look at projects with retention rates under 40%. In your opinion, how important is first day retention for the success of a game?

Chernyagov: There’s not much of a point in drawing conclusions based on the figure that we provided earlier. Looking at retention alone, without understanding what kind of traffic was under observation, doesn’t make sense. And we didn’t specify that. For the test audience, a retention rate of 38% was a good result.

Wildscapes is now showing higher retention rates than our other match-3 titles. However, you have to keep in mind that it’s a new game and early players are more loyal. That can always change.

Of course, when estimating the success of a soft launch, first day retention is a critical KPI. You just need to be careful how you interpret that figure.

My last question is about traffic. During the soft launch, you were buying traffic through AdMob and UnityAds. Are you planning to work with more platforms, like Instagram, for instance?

Chernyagov: We work with all of the big advertising platforms: Facebook (which includes Instagram), Google, RTB, ad networks, and others. Once we launch marketing campaigns for Wildscapes, we plan to acquire users by any available means.