Buying ready-made 3D assets for your game — a time saver or a waste of money?

Using ready-made 3D assets can save time and money for some teams, but there are also a lot of pitfalls. Maksim Nikifarovich, lead artist at Belka Games, has opened up about the key challenges that game developers may face. 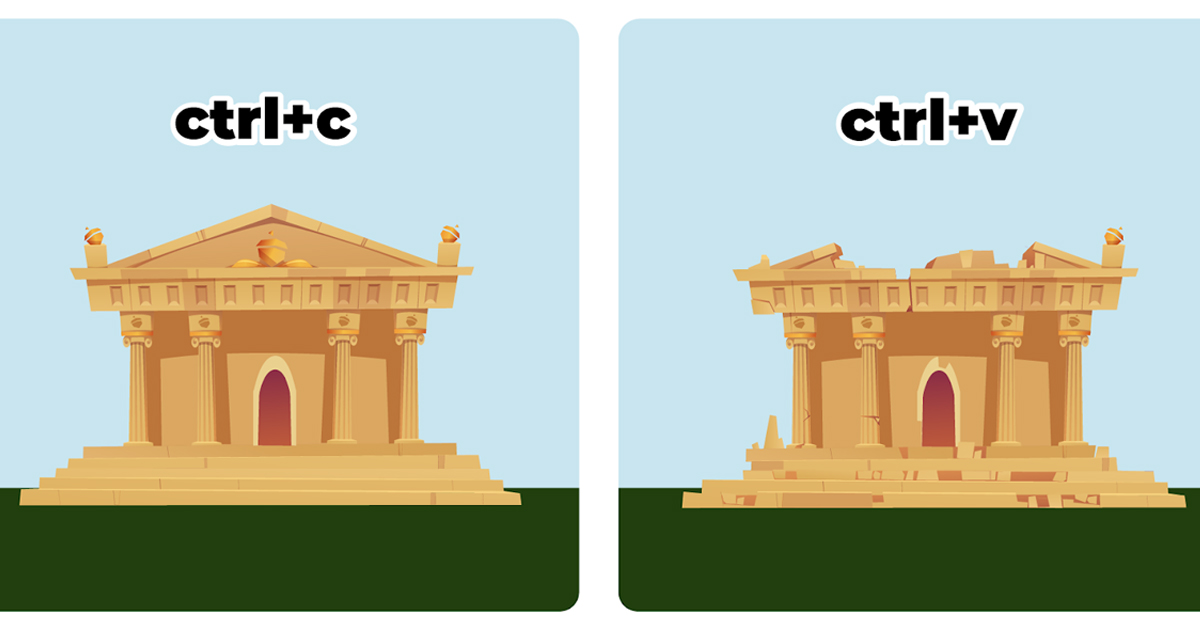 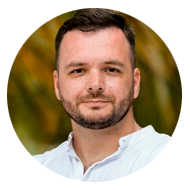 High-quality graphics for casual games are expensive. Especially high-quality unique graphics. It’s understandable why companies are trying to save money on this part of development. Sooner or later everyone gets the idea to use ready-made 3D models from stock sites. It’d be nice not to force your team to work, pedal to the metal, for a week or two, and just get ready-made assets.

I’ll say right off the bat that I’m describing a personal experience. I wasn’t trying to create a full-fledged study. Maybe there’s something I don’t know about, and the stock graphics would be perfect for your project. But if your project is similar to any other casual game, then my experience will be relevant, and it says, “No, that’s not how things are done”.

What is your task?

Let’s say we’ve got an ancient Greece-themed game that uses 3D graphics for environment objects (architecture mainly) with subsequent post-processing. Imagine that we need to work on a new feature set. 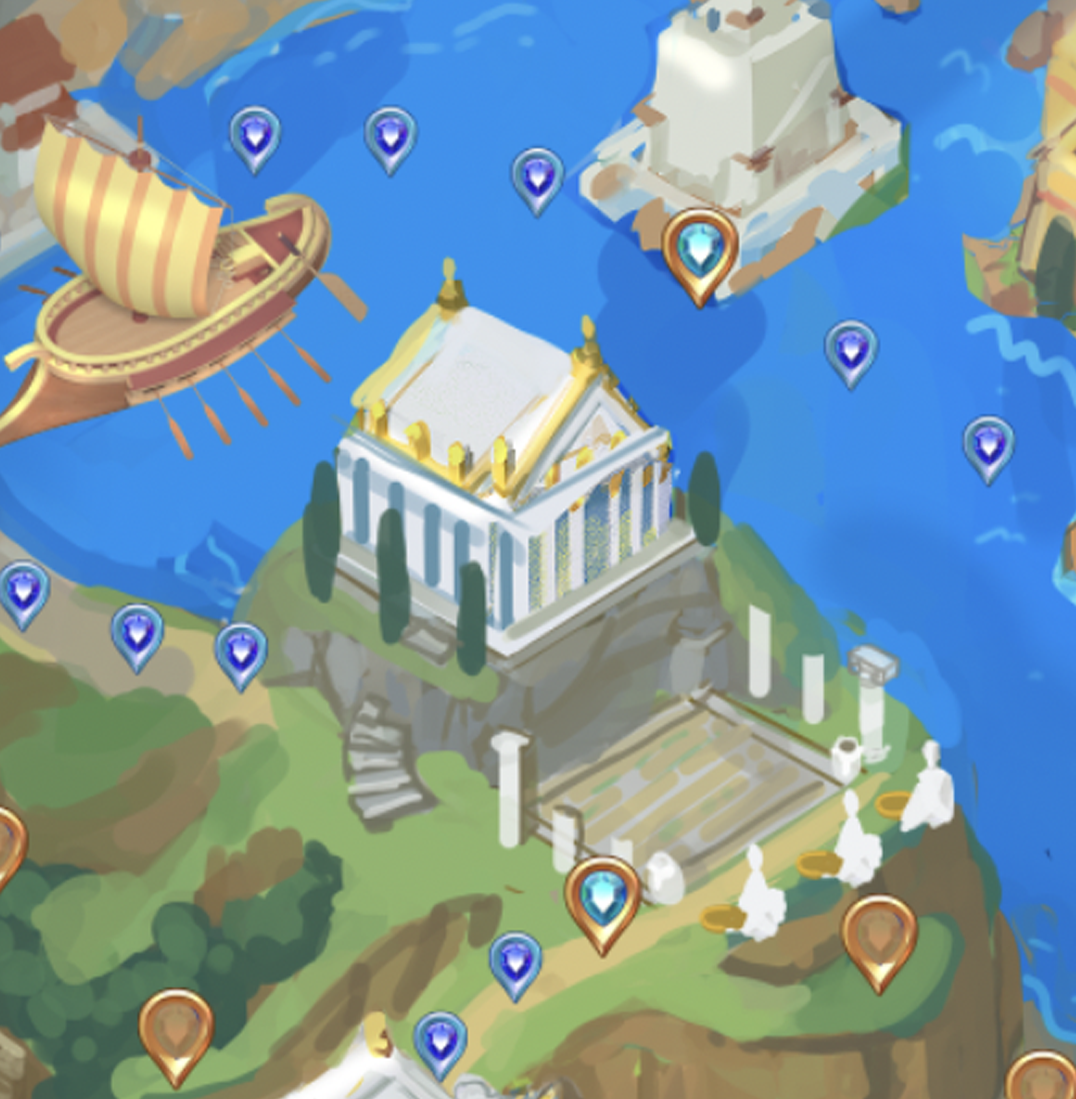 The Colosseum, the temple of Aphrodite, the aqueduct, the amphitheater — these are standard objects. At first glance, it may seem that we’d only need to do a little work with them. Yes, some things would need to be refined, simplified, adjusted, etc., but in general, there’s a sense that we’d get ready-made 3D models with just one click.

In practice, a series of difficulties and nuances will crush all our hopes and dreams.

Firstly, all models have different meshes. There’s no single standard: some models are low-poly, others are high-poly — it all depends. As for the human figures, they like to leave them in such a hellishly high poly that even just opening the file can be a problem. Since you can’t edit it, you have to do a retopology. And the question here is, “Why bother buying a ready-made model then?”

Secondly, everything is merged. Even if it’s not, all the coordinates are knocked down and, of course, there are no modifiers.

Third, the model’s rendered image presented on the site doesn’t allow you to consider all the potential problems that would result in hours of revisions. In general, other people’s mesh = dark place.

For example, we need a temple of Aphrodite on the map. Modeling such an object will take 15-20 hours. Assuming an hourly cost of $10, the cost per model would be $150-$200. Okay. And what do stock artists offer? Let’s go to CGtrader and find roughly what we need, for the low price of $28. 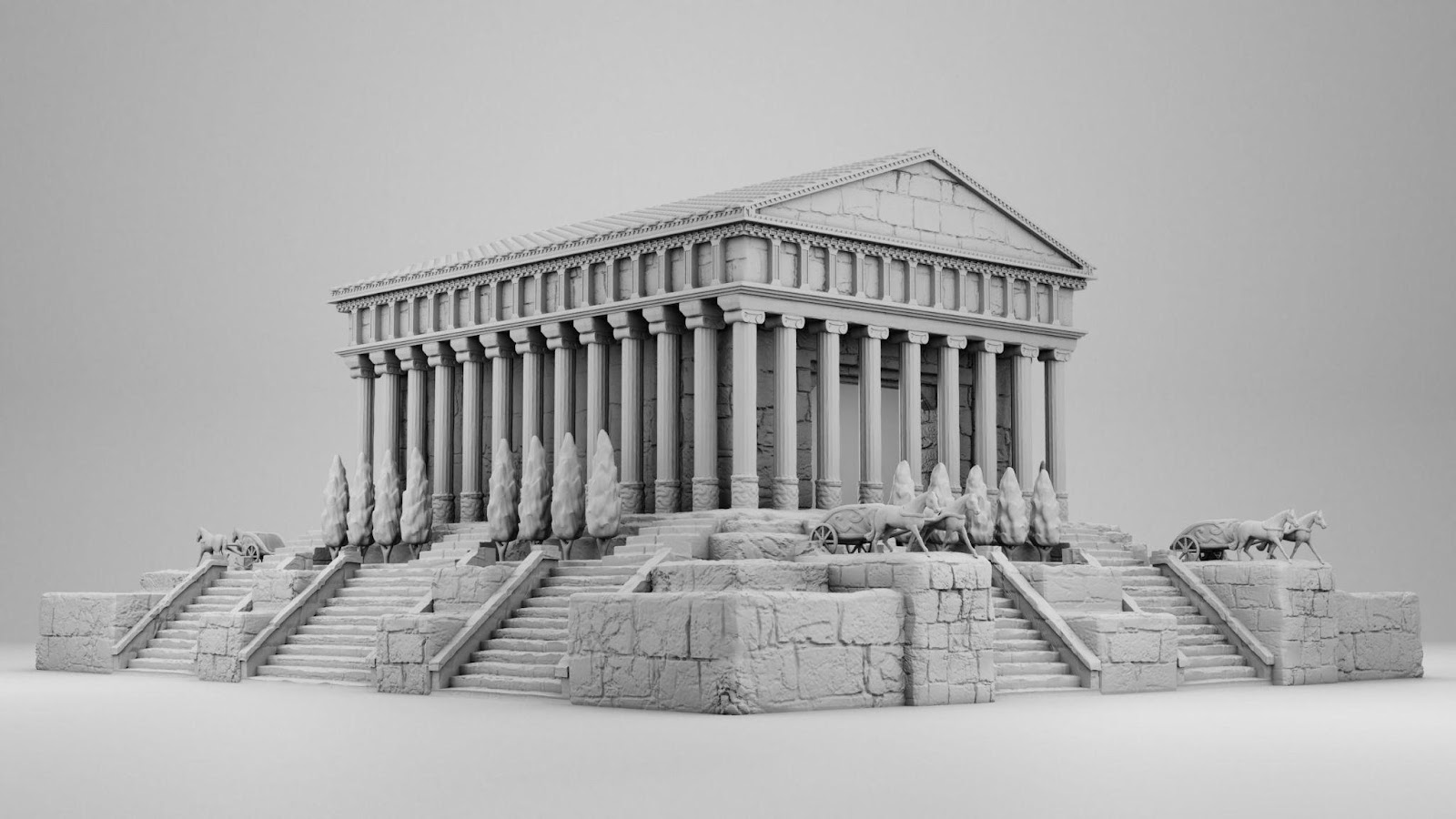 An ancient Greek palace by Louis1930

Perfect! Bought it, downloaded it. The composition is interesting, it fits the setting — you can see that the author did a great job. But the model needs to be finalized, and the mesh is as high-poly as possible. Alas, there are no modifiers or other options to simplify something programmatically. The edits will take us X time (from five to infinity-plus-one hours). We have to give up.

Ok. Let’s look for more options and buy a set of low-poly antique architectural buildings for $79. With it, we get a constructor from which you can build everything you need — the temple of Aphrodite, the amphitheater, and the aqueduct. 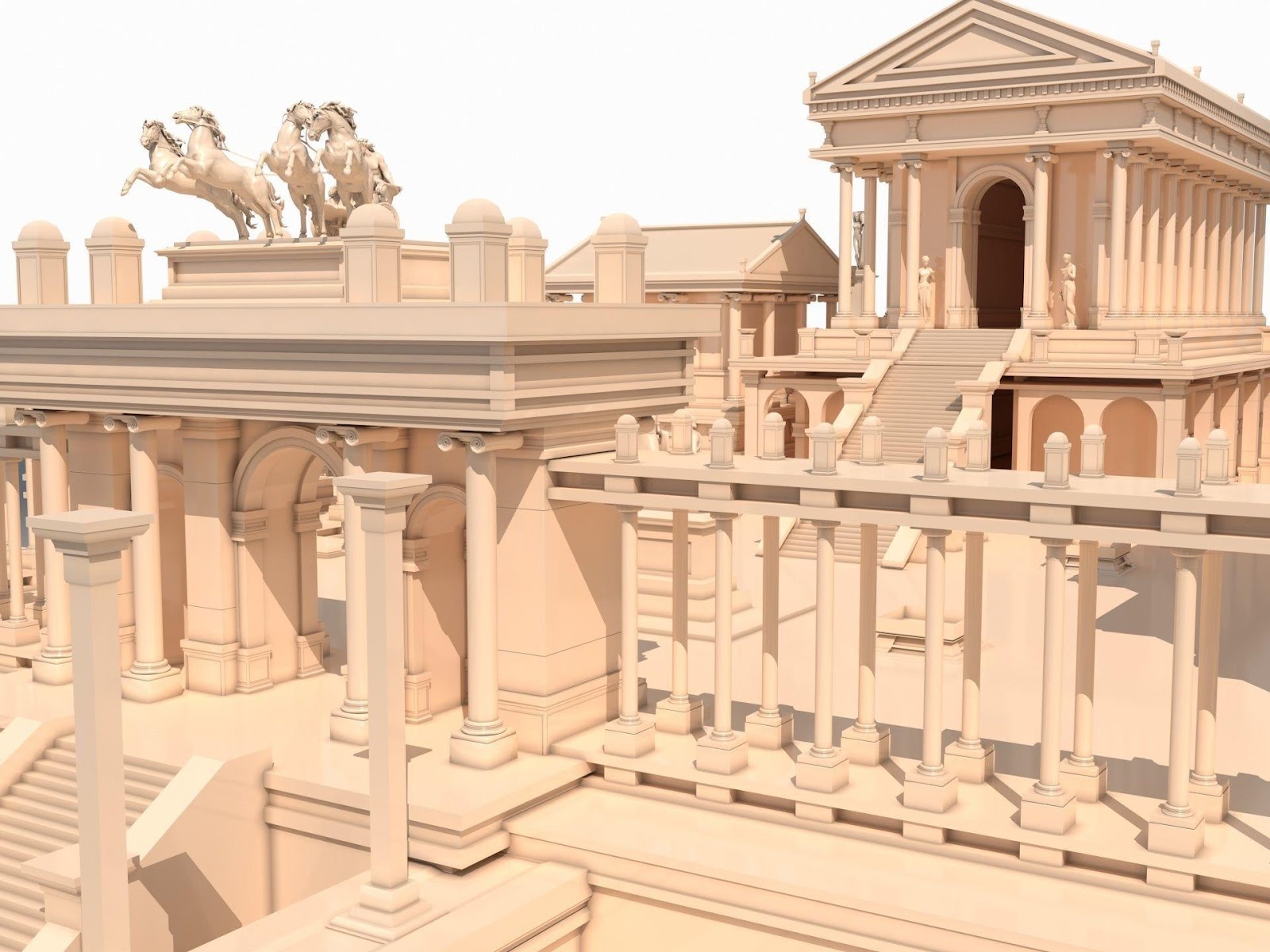 A Roman temple by pplve2022

Cha-ching! I must say, this option really suits us better. But it’ll take time to assemble and reassemble it, edit the scale, and fine-tune the details. Then, there’s another nuance, without which any edits are likely to take way more time than we initially thought, and the result will still be so-so. I’ll tell you more about that below, but if you’ve already guessed it, kudos to you!

Most likely, what you find will not be exactly what you need. You can try to find something as suitable as possible, but that’ll take more time without any guarantee of finding something. Finding what you need will be very difficult. Even some objects, which seem to look the same everywhere, turn out to not be quite what you need in the end. Needless to say, finding a suitable galley or a statue of Zeus will be even more difficult.

You sigh and return to your search. Scrolling through the pages, looking through CGtrader, TurboSquid, Unity Asset Store… You decide on a compromise. You buy it, download it, open it on your computer and move on to solving the problems described in Difficulty #1. Just don’t forget the nuance I promised to mention below.

Difficulty #3. The concept — or rather the lack of it

This is the very nuance that I kept silent about in the first two difficulties, although I very well could have started with it. You can’t work without a concept.

A concept is the answer to the question of what to do. It’s a clear statement of the problem. A formulated result. A milestone. An understanding of what we want to achieve.

If you work without a concept, the only reference point will be someone else’s sense of “how things should be.” It can neither be discussed nor challenged. In folk-printing classics, that sounds like “just make it beautiful for me.”

If you start editing a model from stock without a concept, every movement of your hand will cause you mental anguish. How high to move it? How much farther up? How many columns? What kind of stonework? Or maybe bricks… What proportions does it need? What kind of decor? Balusters or wrought iron elements? Wood or concrete? Perhaps metal? What about steampunk elements? Or do it in the Baroque style?

Immediately there’ll be a thousand questions with no answers because there’s no concept. Yes, there are artists who can model a concept right away, but they are few and far between, and you can’t always count on having one in the pipeline. 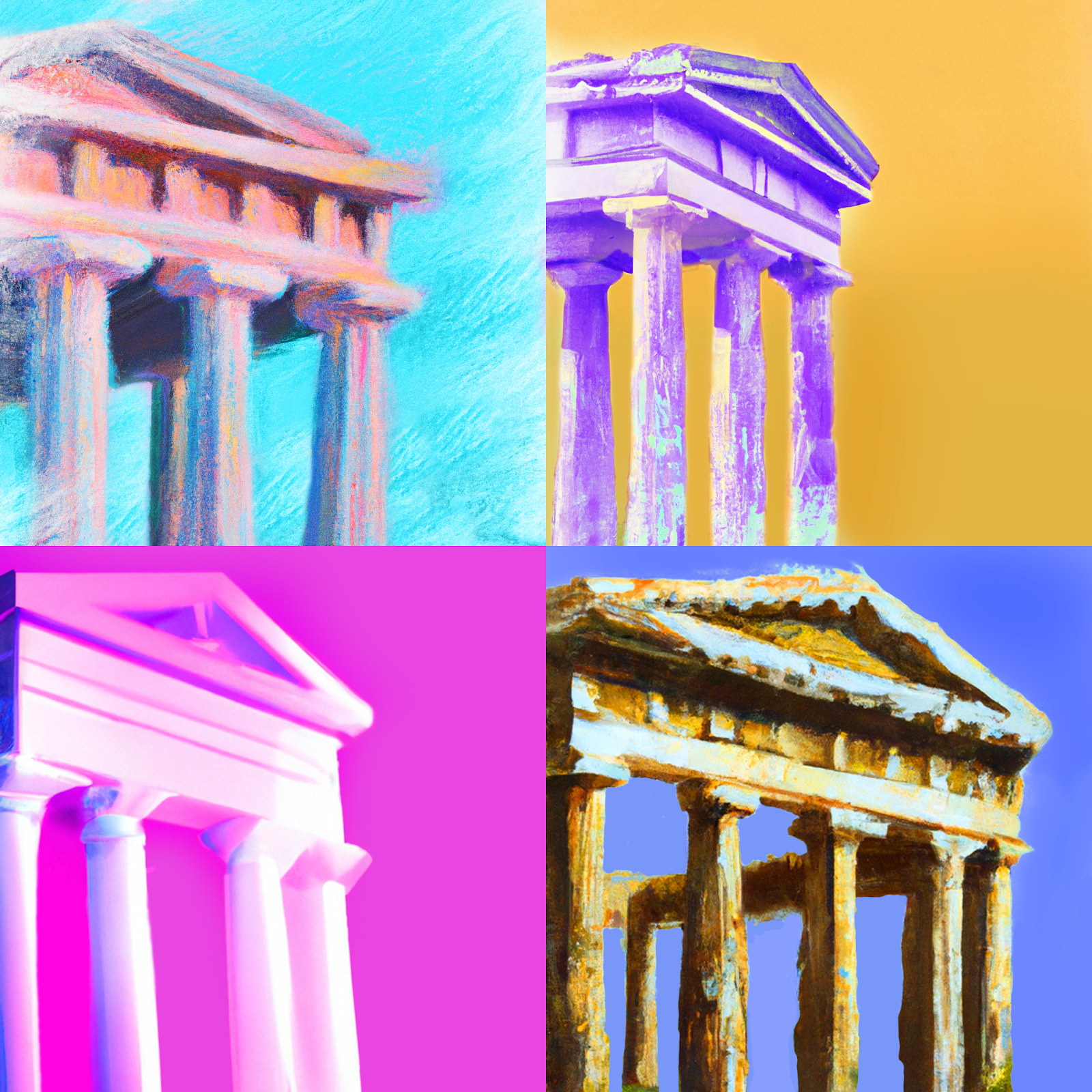 You can, of course, create a concept all on your own — that is, from the options that stock offers. But it’s already a perversion, fitting the desirable to the real.

Surely there’s still some kind of specific narrative. Will we also adapt it to what we find on the stock site?

There’s yet another aspect — style. The style of the graphics in your project. There are a lot of realistic stock models, but if your project has a casual style, it’s almost impossible to use purchased models without making changes. Even if you’re lucky enough to find, for example, the temple of Aphrodite in a casual style, it’s still unlikely to suit you, because your game probably has its own unique style.

The only thing that stock can help with is to get ready-made components and some of their assets. For example, antique statues (no pose requirements), architectural décor, musical instruments, or vegetation. They could probably be used here, saving you some time.

If you’re creating a project with its own unique style, and you start with a TOR and a concept, the only way to succeed is to do all the graphics yourself. Or outsource the job (making sure the team is capable of doing what you need beforehand). Scale, detailing, shaping — if you edit all those things on someone else’s models, redesigning will take just as much time as if you did everything yourself from scratch. And is it really worth it?

Picking up models on the principle of “Well, the direction’s clear, we all understand the setting, now we’ll find something more or less suitableis” is a direct downward spiral towards the degradation of graphics, demotivation of artists, and loss of time.

Working with stock models can probably help during R&D development, where you can really use something more or less suitable to test the idea and mechanics. As long as the project doesn’t have a style yet. But if the game’s style has already been crystallized, working with stock graphics is a very difficult task.

And this, by the way, is good, meaning that any screenshot of your project looks special. It’s unique. And that’s exactly what we expect from graphics.