Assassin’s Creed III animation director Jonathan Cooper has recalled how the Ubisoft Montreal team created animation for the game. From rebuilt combat to ragdoll physics, the devs did a great job, making the project look impressive even after 10 years. 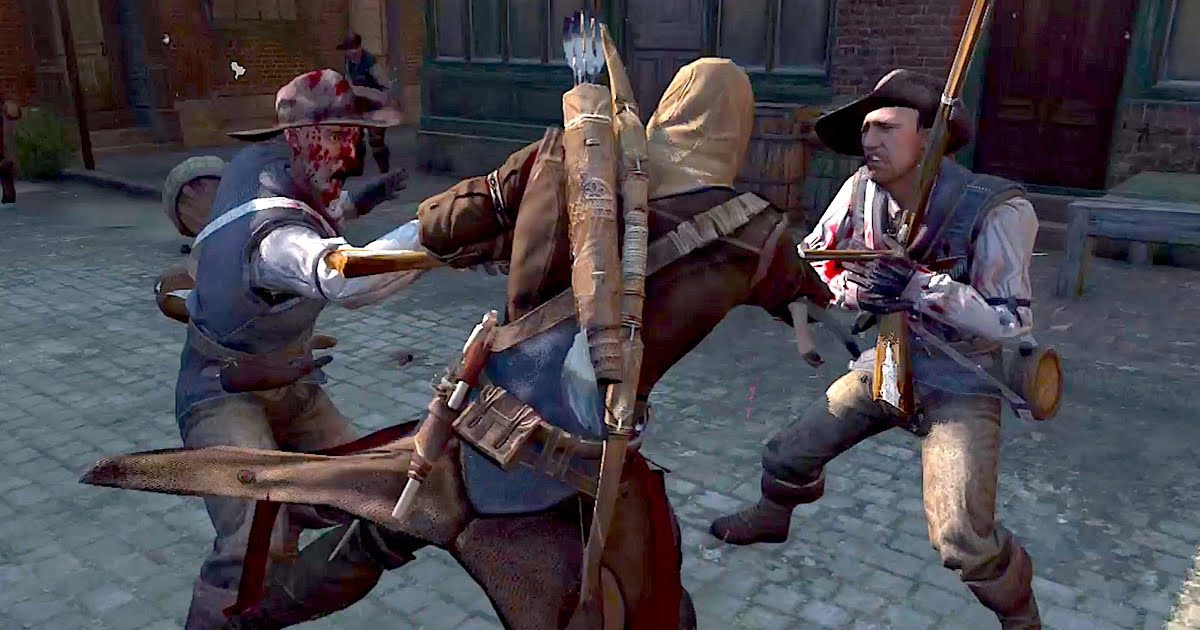 October 30 marked 10 years since the launch of Assassin’s Creed III. In honor of the game’s anniversary, Cooper shared some interesting details about its development in a Twitter thread.

“We had to refresh the series despite the same-generation hardware limitations and an already-high quality bar,” he wrote.

Assassin’s Creed III (and AC:Liberation) launched 10 years ago today and I am still in awe of what the animation team produced. We had to refresh the series despite the same-generation hardware limitations and an already-high quality bar. The first thing we tackled was combat… pic.twitter.com/Gx31T90Mfo

First, the team had to rebuild the combat animations. They were recorded by the animators during choreographed rehearsals. The devs retained the technical piecemeal structure of mocap shoots as mocap takes were torn apart and rebuilt.

“Amazing Ken Tran and Stephane Julien,along with a bunch of their buddies that helped us along the way!” former AC3 team lead animator Mike Mennillo wrote in the comments.

He also noted that the animators “used mo-cap as a base and heavily keyframed over them.”

Beyond adding cameras and facial animation, the “fight” took a giant leap with recorded and choreographed rehearsals. Previously captured by the animators themselves, we retained the technical piecemeal structure of shoots as mocap takes were torn apart and rebuilt. pic.twitter.com/uppYKnv7nT

The Assassin’s Creed III team created new animations for in-game parkour. Cooper said they replaced larger jumps and added elements like sliding to make the whole system work properly with trees and other obstacles new to the series.

Assassinations and takedowns were rebuilt from the ground up. The devs had to make all these moves fluid and consistent with other in-game animations.

Cooper also elaborated on how the team animated the animals the player encounters during their frontier journey. Foxes, wolves, bears, and other creatures were new to the series and became a welcome addition to the Assassin’s Creed III world.

Fights and parkour aside, the animators did a great job with ragdoll physics. “AC had always used full-body IK [inverse kinematic] for climbing but full physics (via Ezio prototypes shown here) combined with IK to drive convincing motion over the new organic terrain,” Cooper explained.

Ultimately, the real ace up our sleeve for this game was driven-ragdoll physics atop the Assassin at all times. AC had always used full-body IK for climbing but full physics (via Ezio prototypes shown here) combined with IK to drive convincing motion over the new organic terrain. pic.twitter.com/KUo6yjQ35e

In the comments, a lot of users praised Cooper and the whole Assassin’s Creed III animation team. Some players said they are still thrilled with the game’s fluidity and cinematic flow.

“To this day I go back to yours reel AC reels for inspiration. Some seriously cool stuff,” Song of Iron developer Song of Iron wrote.

To this day I go back to yours reel AC reels for inspiration. Some seriously cool stuff.

Starting his gamedev career at VIS Entertainment in 2000, Jonathan Cooper contributed to several projects and produced the majority of character animations for fighting game Tom and Jerry in War of the Whiskers.

He then worked at BioWare on Jade Empire and the first Mass Effect, and also served as lead animator at Eidos Montreal during the pre-production of Deus Ex: Human Revolution.

In 2010, Cooper joined Ubisoft. “Initially brought onto the core team at the start of the project to raise just the cinematic quality, I directed all in-game animation for Assassin’s Creed III with one of the largest animation teams ever assembled for a videogame project at the time,” he wrote on LinkedIn.

Between 2014 and 2019, Cooper worked at Naughty Dog, where he created cinematic sequences, directed motion capture, and did other animation stuff for games like Uncharted 4 and The Last of Us Part II.

After stepping away from game development, Cooper joined Apple, where he works as an animator to this day.