What went wrong during development of NecroBouncer: lack of planning and other mistakes to avoid

Andraž Oražem, Slovenian dev and founder of one-man studio Alchemy Sheep, has shared with us some ups and downs he faced while making his upcoming roguelike game NecroBouncer. This rollercoaster journey could help many other indie creators avoid making the same mistakes. 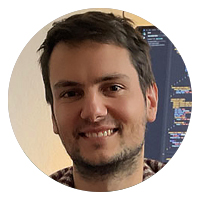 Hi! My name is Andraž Oražem, the sole developer behind NecroBouncer, a roguelike title about a necromancer working as a bouncer in a dungeon nightclub. The game is based in part on my own life experience, as I live in a cozy Slovenian dungeon.

While working on NecroBouncer, I had to overcome a variety of roadblocks. I’d like to share my journey with fellow solo developers in order to help them out and warn them of repeating the mistakes I made.

NecroBouncer wasn’t my very first project. I made four simple games prior to it, all of which were not original concepts, but gave me the opportunity to add my own flair. I also worked on seven projects that I never finished, including one mobile game.

It took me six months to develop this mobile title called Extreme Delivery. It’s a fairly simple game that tasks players with delivering mail as a postman on a bike. Although it generated only around 100-1000 downloads, it helped me learn more about publishing games. 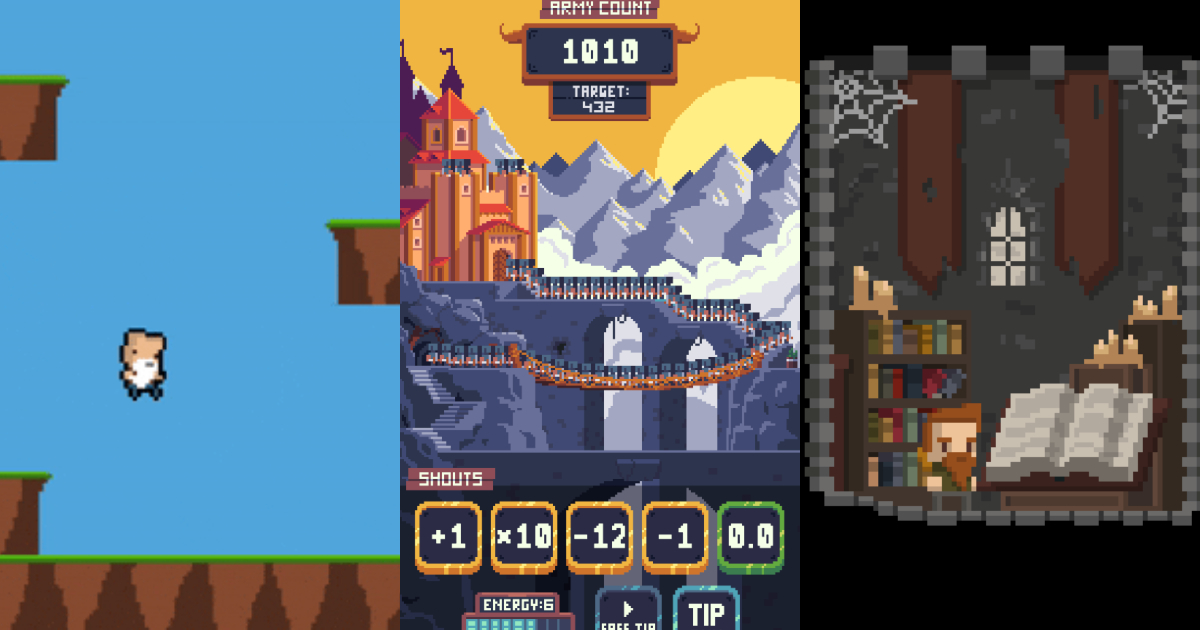 Then NecroBouncer happened. As much as I like to joke that my dungeon life greatly influenced the project’s development (especially the game’s setting), I can’t say for sure. Frankly speaking, many of my ideas for NecroBouncer came randomly while taking a shower.

I’ve always liked zombies and necromancers — especially in games — and I’ve always wanted to include them in a project. As I was working on the concept, the idea of placing these creatures against the backdrop of a nightclub suddenly came together in my head (probably during a shower). The game took on a life of its own from there. I found a way to spice up its visuals and incorporate interesting gameplay ideas.

Before I discuss bugs, engine transitions, and other typical developer issues, I need to get something out of the way. I hate nightclubs.  In fact, I’ve only been to a handful of them. I’ve come to learn that bouncers typically stand in front of clubs, but I guess our NecroBouncer is an exception!

Creating my own schedule

Let’s get back to development. Soon after I started working on NecroBouncer, I realized I needed to create a schedule that would allow me to work on the project while taking care of existing commitments.

NecroBouncer aside, I had a full-time job as a front end developer at a company that sells lenses and glasses online. In the beginning, I was making 3D models for testing the glasses online and was also in charge of a small group (along with two other people). But later on, that project fell apart and I moved to working on a couple of our webpages, mostly just frontend coding, and a couple of more practical applications for that website.

Ordinarily, my schedule at the time would look like this: 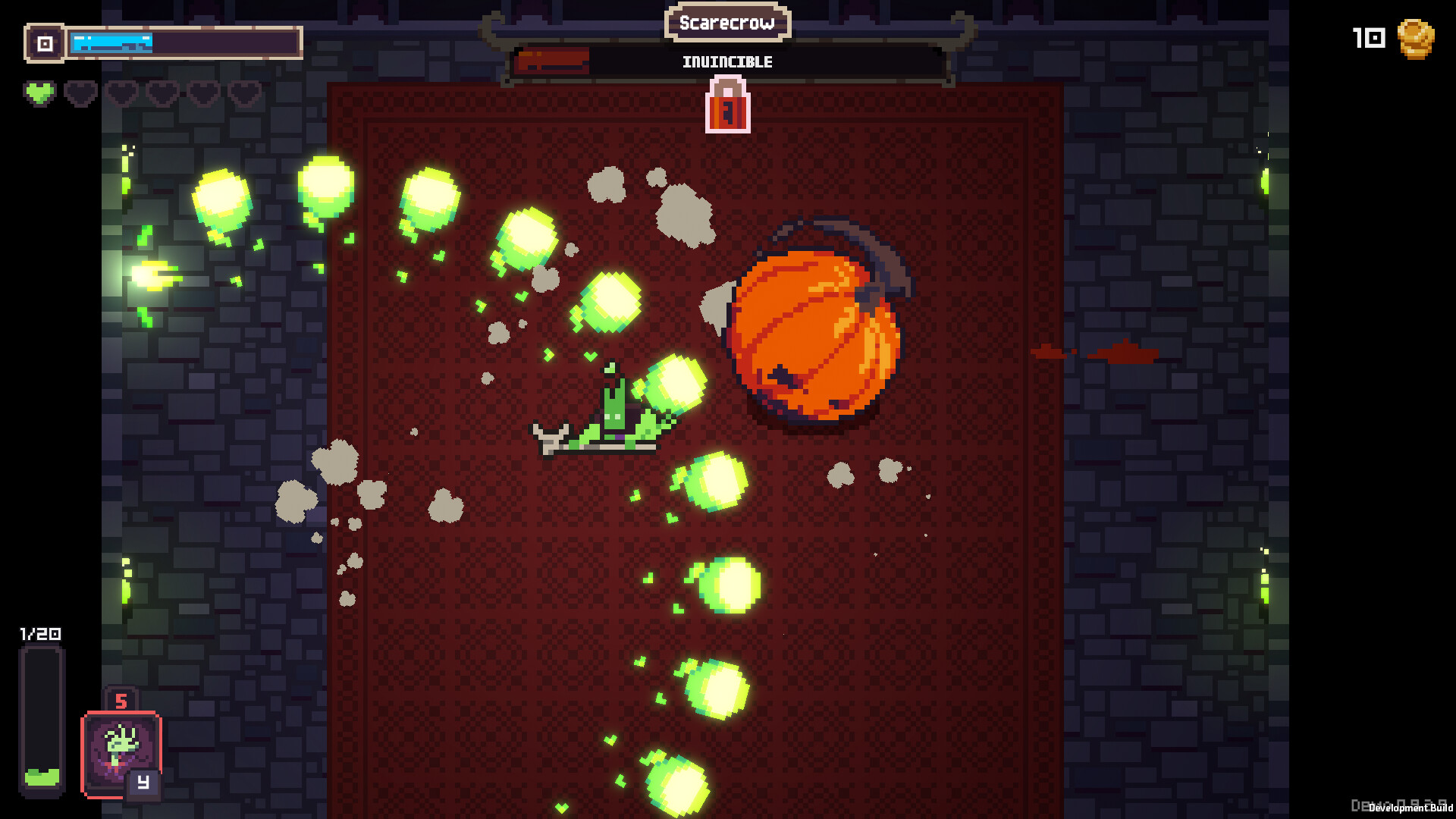 Throughout NecroBouncer’s development, I always remembered to be patient with myself. After all, I was working on the game in my spare time alongside a full-time job, which I quit only at the end of April 2022. This took a big toll on my energy and motivation. Sometimes I stopped working on the game altogether for a couple of months.

Other times, I had to work on NecroBouncer despite burning out. The most memorable moment for me was when I updated the game’s engine (more on that later) and completely reworked the input system and UI, which finally added gamepad functionality. This was a huge relief for me. It was an issue that haunted me for a long time.

Another memorable moment was when I added the NecroBouncer leveling system. After adding it to the game, the entire experience felt way better and more fun to play than ever before. It was a huge step forward in the development process.

NecroBouncer was originally designed as a free-to-play mobile game

To be honest, I play mobile games whenever I’m waiting for something. I’ve come across a bunch of really cool mobile titles, including the clicker game called Egg, Inc. It inspired me to make a clicker game myself. However, instead of clicking to acquire money, players would embark on an adventure and fight enemies along the way.

Since I was following an example, I wanted to make my game free to play. This incentivized me to explore alternative monetization methods like ads and in-app purchases. In my mind, this meant I would have to make my game worse than average in order to give players a reason to buy stuff.

After dedicating a lot of time to workaround this “issue”, I found myself making too many poor design decisions to compensate for the game’s free-to-play nature. When I initially began pitching the game, one publisher asked me, “Did you think about making the game for PC?” That was the final nail in the coffin. At that moment, I decided to switch platforms and scrap the free-to-play component.

There were a couple of features that I completely scrapped right after I moved from mobile to PC. These include the daily quests and challenges, which took me quite a while to implement, but didn’t have a purpose in the game’s PC version. The main thing I had to “give up” was time. It took me nearly a year and a half to get the game back to a level I felt was good enough to pitch to publishers again.

The sobriety is temporary, but the party at the club is eternal. 😎🎉

Woke up and nearly forgot that @Necro_Bouncer Prologue is OUT NOW!https://t.co/3MPxz3zNCj

Thanking my past self for making a reminder 😅#indiegame #indiedev #pixelart #roguelikepic.twitter.com/QFoeVbBJMd

Another thing that drove me completely crazy was that I had to update the game’s engine (I use Unity for development).

Unfortunately, A LOT of things broke down during a very important time in the game’s development. We were days away from the release of the game’s first demo. Unsurprisingly, I had to work nonstop to get the game back on its feet. The entire input system and UI had to be rebuilt from the ground up.

At the start of this process, I was extremely nervous and felt defeated. I knew I had to get it over with and tried not to think about it too much. I worked until the work was done and barely slept for the next three or four days. If I didn’t work I just thought about it, which motivated me to work more. It was an extremely stressful point in the game’s development. Thankfully, the input system started responding way better quickly, which kept my morale high in spite of the bad situation. In the end, I was tired,  burnt out, and hated my computer for the next week or two, but the fix was done!

Even though I could barely think about development for a while, I was super happy I went through this process. In my opinion, these kinds of changes  are probably some of the hardest for developers because you don’t actually make any progress on the game. This means the gameplay stays the same and you have nothing to show despite all the efforts.

When I work on the gameplay stuff, I’m always happy at the end of every “chapter” because I can see my work, play it, and let other people try it. Backend stuff is pretty annoying in this sense, because it requires a lot of time to get it right. Although it doesn’t look like much, it is one of those things that only gets noticed when it’s bad. 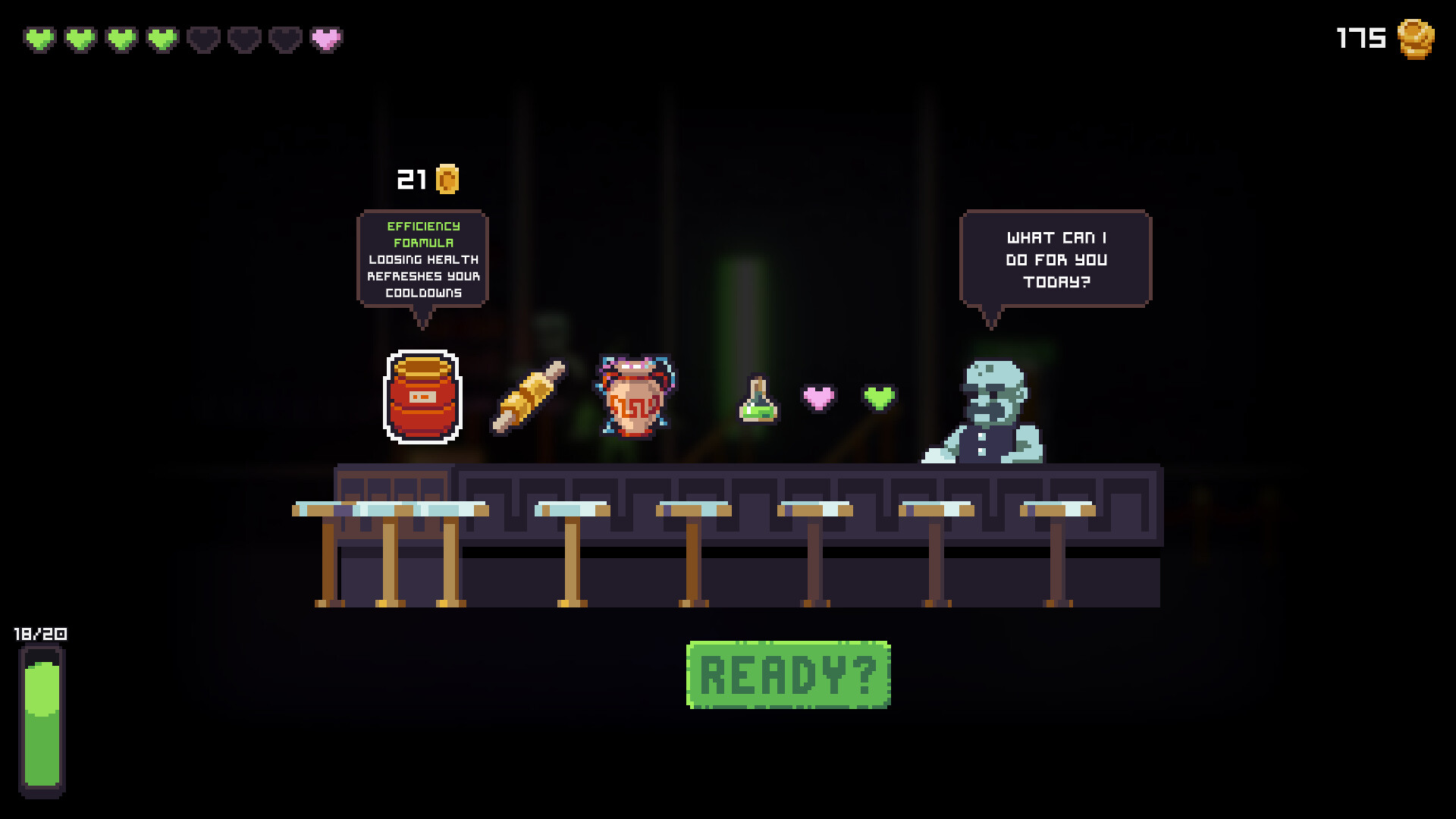 Mistakes to avoid when making your own game

These were only some of the ups and downs I experienced… If you don’t want to repeat my mistakes, keep in mind a few tips: