Restoring the environment instead of turning the planet into an industrial nightmare? This is what Terra Nil is all about. We spoke with Free Lives producer Ruan Rothmann about making this beautiful reverse city builder. 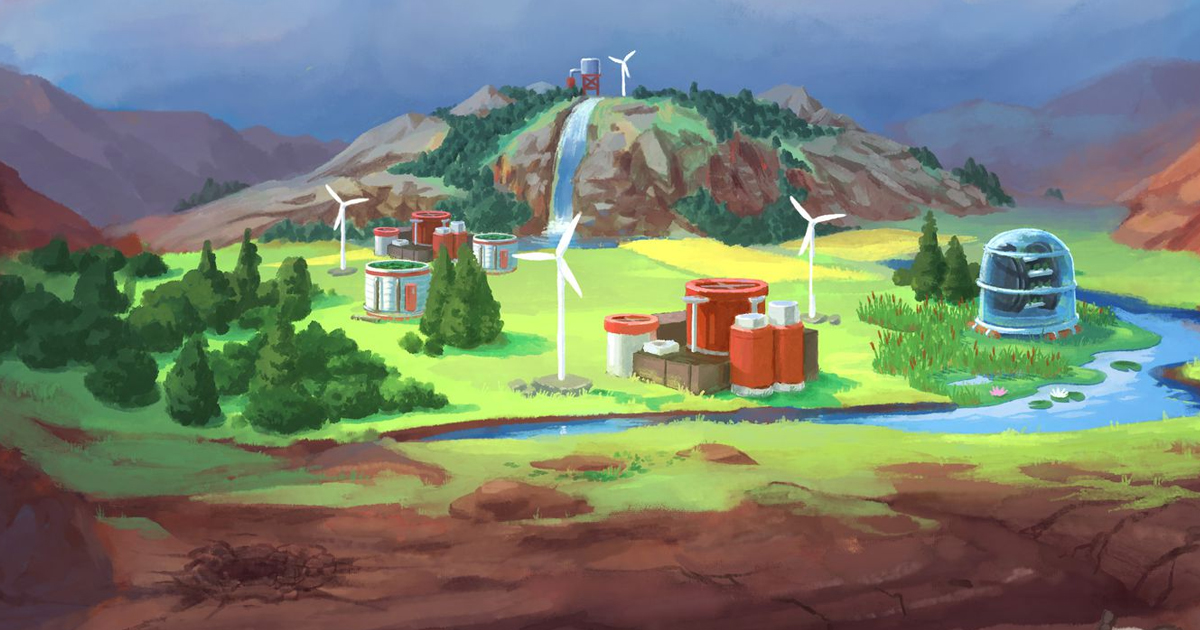 “I have wanted to make games since I was a kid,” Rothmann recalls. “Being from South Africa, however, making games professionally didn’t ever seem like a realistic prospect, until the rise of indie games in the early 2010s.”

He got an opportunity to showcase his skills when he landed at Cape Town-based indie studio Free Lives. Rothmann joined the team just as they were working on Broforce, a retro-style run-and-gun platformer inspired by classic action movies. 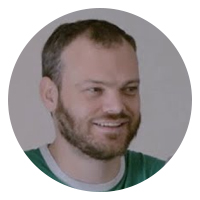 I think, since its inception, Free Lives has always been a company that put the concerns of its employees first. We try to create a very stimulating and creatively rewarding environment for people to work in. As far as is possible, everyone’s ideas are given equal weight. The company was born out of a love of making games and the creative process, and we still put that first today

Even 12 years after its founding, Free Lives managed to maintain the enthusiasm for experimenting with different genres and concepts. The team still hosts game jams and supports the South African indie scene through the Playtopia festival.

“The fact that we are always working on something new, different and exciting has definitely helped to keep the passion alive,” Rothmann says.

Returning the planet to its pristine, blooming state

Terra Nil’s ultimate goal is to turn a procedurally generated wasteland into a flourishing environment full of life. Players terraform the land by placing water pumps, wind turbines, and other constructions that help restore the environment and improve biodiversity of the once barren land.

The concept seems topical, especially in light of climate change and other ecological issues. Not to mention, the whole process is satisfying, bringing a fresh and relaxing feel to the genre. So the idea of making a “reverse city builder” is what sets Terra Nil apart from other strategy games out there.

Although we really enjoy games like Factorio, it does feel a bit out of place that you are taking a planet from pristine to industrial nightmare, and we just thought, would it be interesting for a player to go the other way? And it seems that it is!

Rothmann also cites Studio Ghibli as a massive inspiration for the game’s look and feel. The parallels seem legit, given Terra Nil’s colorful palette and its focus on environmental themes. 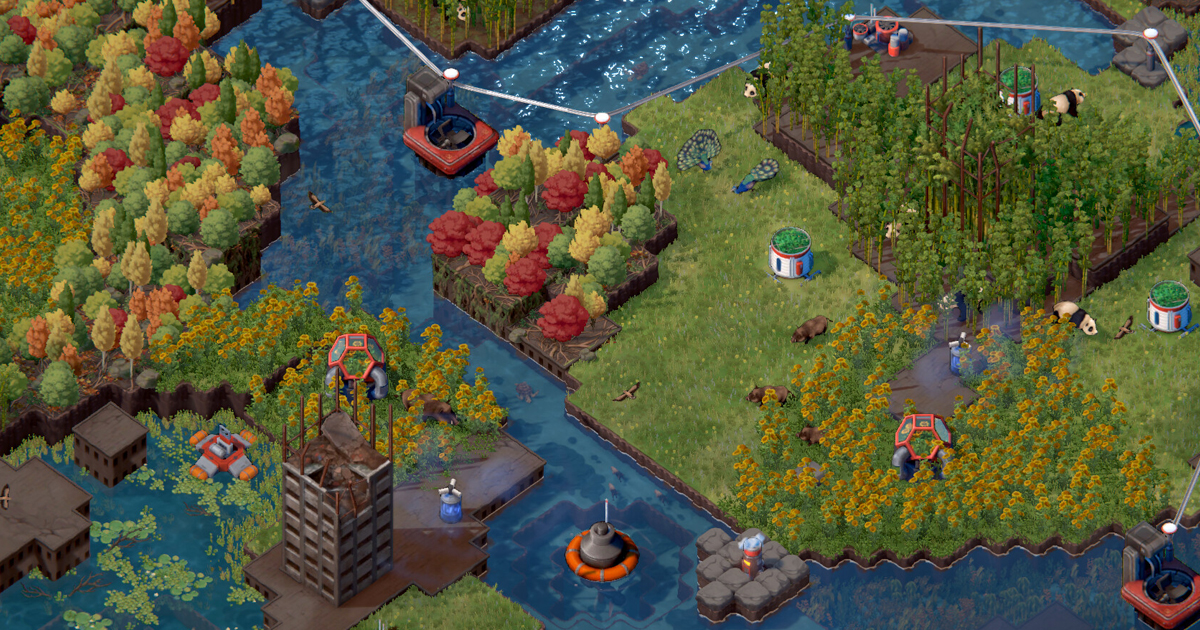 From prototype to full-fledged game

Started as a prototype made for the Ludum Dare game jam, the first version of Terra Nil was initially released on itch.io in 2019. Although core mechanics were built into it almost three years ago, the game was very different from its current state.

In 2020, Terra Nil original creators Sam Alfred, Jonathan Hau-Yoon, Marcelle Marais, and Jarred Lunt partnered with Free Lives to develop a more complex version of the game with more content and upgraded visuals. Free Lives took on Terra Nil, with Alfred and Hau-Yoon working on it as design lead and art lead, respectively.

The whole team put a lot of effort into improving the game despite some challenges along the way. “Because of external partners we are working on, the game is on an unusually immobile deadline, which has made development a bit stressful,” Rothmann says.

He also notes that while the “ebb and flow of inspiration and motivation are a natural part of the creative process,” it is crucial to not drive yourself to exhaustion and end up losing inspiration for your own work.

It is important to take meaningful time off when needed, or in between projects if possible, but also to make the most of your energy when you are feeling particularly inspired. Forcing yourself too much while you are low seems to be the biggest driver of burnout.

Terra Nil will be published by Free Lives’ long-standing partner Devolver Digital, which has helped launch every game from the studio in the past 10 years. “They take care of all the complex contract negotiations with partners, marketing efforts and publicity, so that we can focus purely on making the game,” Rothmann says of their relationship.

Terra Nil has already attracted a lot of streamers and players, thanks to its fresh concept and appealing look. One of the most important parts of the game’s marketing campaign was the demo festivals where people could try a free trial version of it. “We’ve done two Next Fests now — another one for our other game Anger Foot — and both have been awesome!” Rothmann says. “I highly recommend it for anyone who has a game at the appropriate stage of development.”

As a result, Terra Nil is now the 21st most wishlisted game on Steam, which is pretty impressive for an indie city builder. People seem to love the demo, with Free Lives trying to not let them down ahead of the launch.

Player involvement, as early as possible, is a central part of the development ethos at Free Lives. Player feedback has helped shape everything about the game since the very beginning.

Terra Nil is expected to come in early 2023. Right now, the studio has two more games in the pipeline, foot-kicking FPS Anger Foot and roguelike brawler Stick It to the Stickman. So the next year looks promising for the Free Lives team.