Organic discovery and app store featuring to be declared dead in 2023, according to Deconstructor of Fun
02.02
Dwarf Fortress made $7.2 million in January, 44 times more than in all of 2022
02.02
PlayStation reports 53% Q3 revenue growth, driven by strong sales of consoles and third-party games
02.02
Tenjin and GameAnalytics release Q4 Hyper-Casual Games Benchmark Report
01.02
Chris Zukowski: Steam can only promote up to around 500 indie games per year
30.01
Wargaming top manager called a terrorist by KGB Belarus
30.01
AI USE CASE: How a mobile game development studio saved $70K in expenses
27.01
Sensor Tower: Subway Surfers was most downloaded game in Q4 2022, but the Stumble Guys showed fastest growth
26.01
The Day Before loses its page on Steam. Developer cites trademark complaint
25.01
125 games industry professionals from 85 companies attended WN Connect business event in Belgrad
24.01
All news
Dev Interviews 02.09.2022 15:38

Mixed Realms on Gordian Quest, blending RPG and deckbuilding genres, and the Rule of Cool: “The devil is in the details”

Polished deckbuilding roguelite with RPG-like progression and some DnD feel to it? Well, it is all about Gordian Quest. We caught up with Singapore-based indie studio Mixed Realms to discuss the challenge of mixing multiple genres, the benefits of Early Access, and their favorite Ultima game. 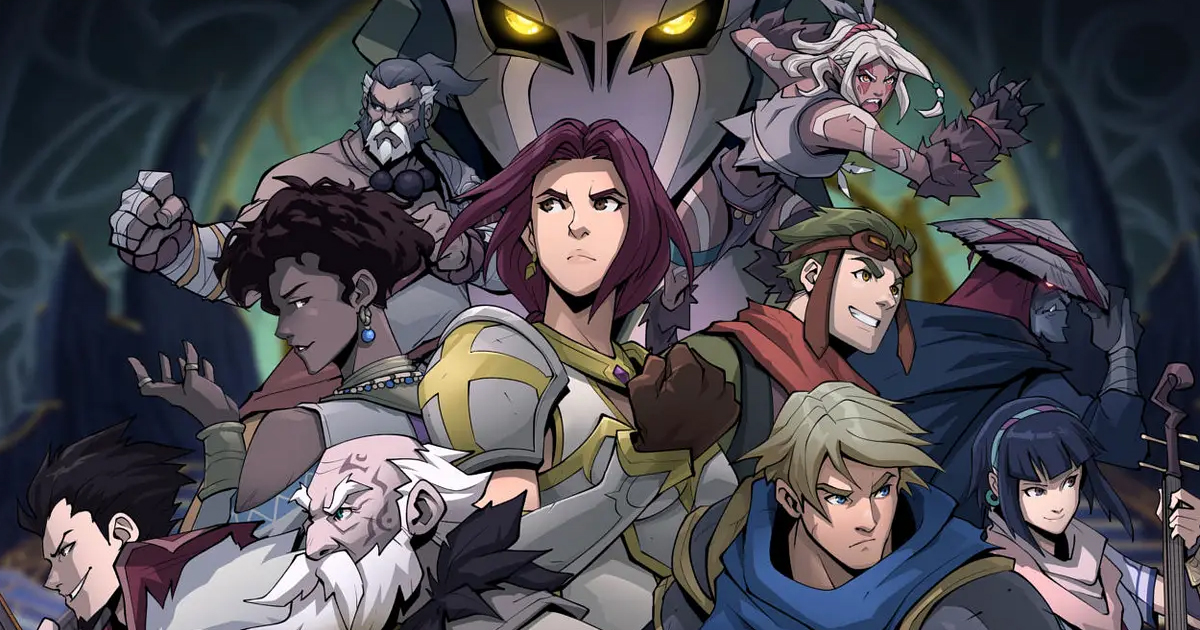 Making games for gamers and following the Rule of Cool

Despite being gamers at heart, none of the four founders of Mixed Realms had ever worked in the games industry before forming the studio. “The opportunity came when VR started becoming a thing in 2016, and we felt quite confident that we could make a kickass game for that medium,” the company’s co-founder and CEO Aldric Chang recalls.

Mixed Realms’ debut game, VR shooter Sairento, came out in 2018 and soon became a hit. As the team notes, it was one of the best-selling VR titles on Steam for three years straight.

However, the Singaporean studio went in a new direction with their latest project, Gordian Quest, which combines elements of RPG and deckbuilding roguelite games.

The two titles are completely different by design, but they both follow the three pillars that Mixed Realm was founded on. These are building games for gamers, adhering to the “easy to pick, difficult to master” design philosophy, and following the Rule of Cool.

The latter is something that Dungeons & Dragons players are familiar with. This unspoken rule basically says, “If there is an idea or anything else that can make the game cooler, even if it is not contemplated by official rules, you should make a roll and let it happen.”

“It guides the way we conduct ourselves as a studio — from the kind of games we strive to make and features that help make these games stand out from the pack, to how we interact with our fans and players,” Chang says of the studio’s game development principles. 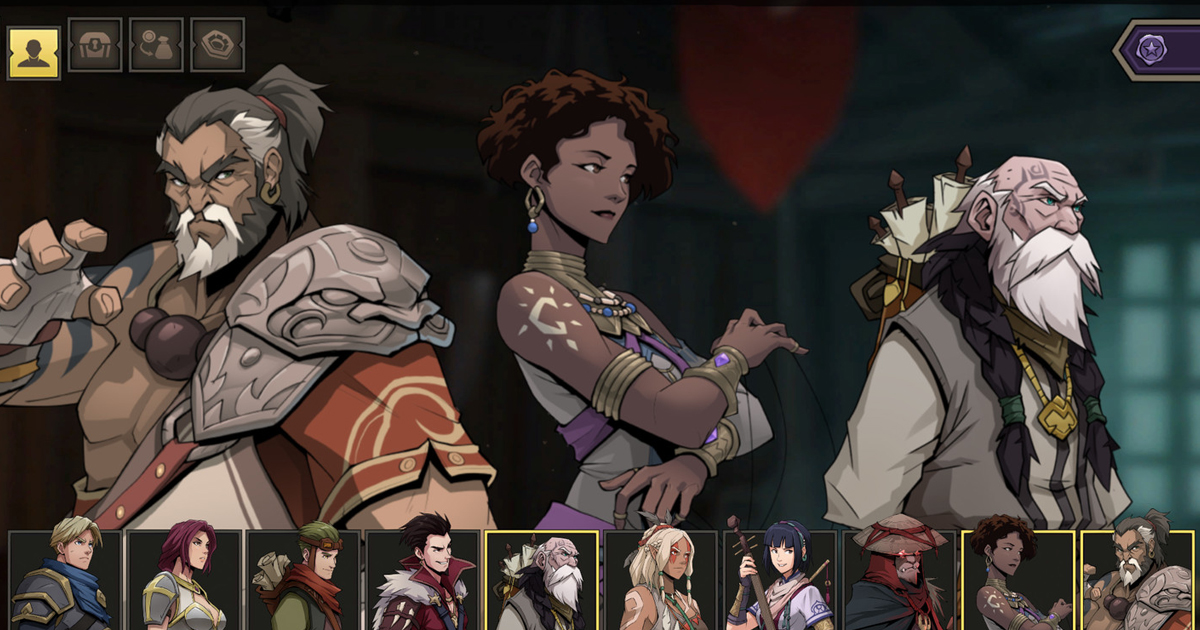 Gordian Quest is built with Unity, while Maya serves as a 3D modeling and animation tool. The whole project was conceptualized and produced by Mixed Realms, with some help from Swag Soft, a studio that was also involved in Sairento’s development.

“They came in to help us with graphics for the battle cards and environmental designs, and some programming work,” Chang says.

With this game, Mixed Realms aimed to blend the “micro decision making of RPGs like equipment and leveling with the strategic play and luck elements that feature more strongly in deckbuilding and roguelite games.”

You form a party of characters of different classes and specializations, each with their own starting deck. As Mixed Realms explains, players start with “defending a small region against an undead invasion, but soon discover a much bigger global risk at hand.”

Divided into four acts, Gordian Quest’s main story is your classic good-vs-evil epic fantasy. It might not be very complex, but it doesn’t ruin the experience as the main focus is still on gameplay and card-based fights. It is all topped off with some good old DnD vibes (a 20-sided dice is here, too) and classic RPG elements like skill trees, crafting, and character progression.

Given this many mechanics, there is always a risk of making the game overwhelming. So it is no surprise that balancing all these different elements and bridging multiple genres was the biggest challenge for Mixed Realms.

“We had an idea of how the game would look from a top level, but, as they say, the devil is in the details,” Chang says. “For example, we knew that the combat itself would be the primary hook of the deckbuilding, but the character’s progression would be done in a more RPG aspect. There was then a ton of experimentation to find out what made the most sense and felt the most rewarding.”

In terms of gameplay and overall feel, Gordian Quest obviously draws a lot of elements from Slay the Spire, one of the most beloved deckbuilding roguelikes with 97% positive reviews on Steam. However, Mixed Realm was also heavily influenced by classic RPGs such as Wizardry and Ultima.

“Our favorite Ultima game is Ultima VI: The False Prophet. That was the game in the series that made a ‘big’ leap forward in terms of graphics and gameplay mechanics, somewhat similar to Final Fantasy VII,” Chang says. “And for Wizardry, it would be Wizardry 7: Crusaders of the Dark.”

At first glance, it is hard to say how these old-school games are reflected in Gordian Quest, as Mixed Realms’ project looks nothing like them. But, as one of Chang’s posts on Steam reads, developers just grew up playing games from Origin Systems and other RPG makers, so they naturally drew inspiration from them.

“How we were inspired was that we inserted elements like party-based adventuring, turn-based fighting and loot collecting in Gordian Quest, features that made the old school RPGs so charming in our opinion,” Chang said. So it was more about putting their own spin on these mechanics rather than recreating the gameplay of Ultima or Wizardry. 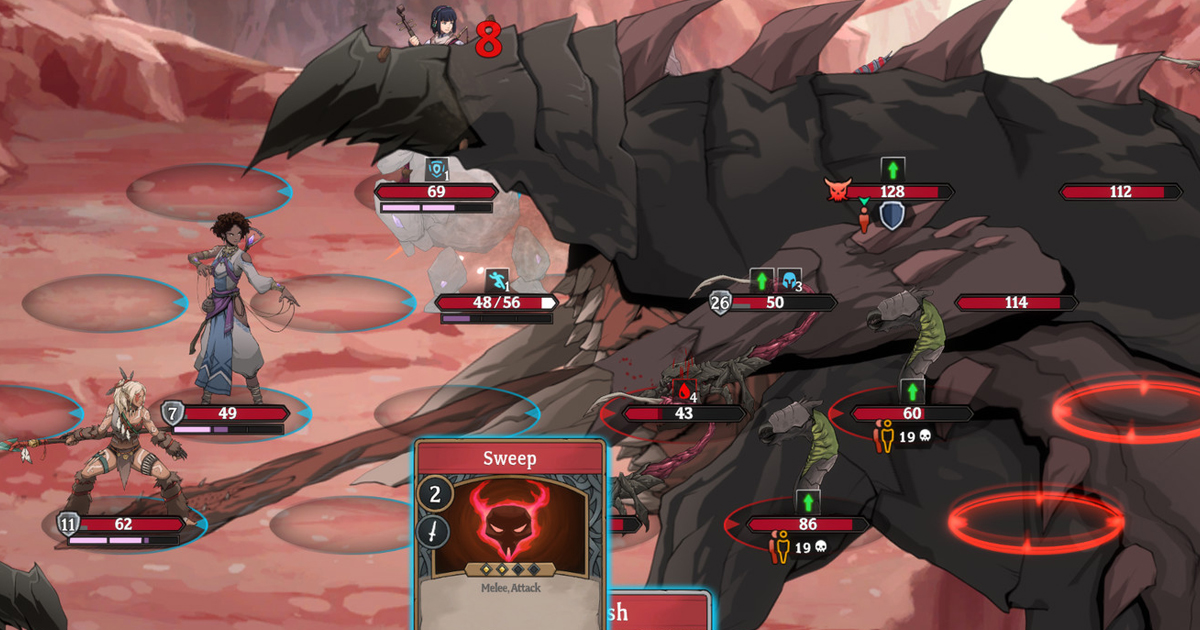 Early Access as the best way to meet player preferences

It took Mixed Realms about a year to develop the first version of Gordian Quest, which came out in Early Access in 2020. After that, the studio worked on the game for another two years to launch the 1.0 version in June 2022.

Unfortunately, this period was darkened by the global pandemic. “In Singapore, where we are located, there was a mandatory lockdown for 3 months and then another almost 1.5 years of work-from-home,” Chang recalls. “As we are used to working in the same office, the new system was difficult to adapt to at first, and our development speed took a hit. It took us a while before we were able to overcome this hurdle and get back on track.”

Despite the challenges, the team has been trying to constantly improve the project over the course of Early Access. They invited hardcore players to test a nightly build they called “bleeding-edge,” so they could collect feedback on the latest changes.

“Our in-game reporting system, the Steam forums, as well as our Discord server was a great way to keep our fingers on a pulse of these changes in real time,” Chang says. “All in all, listening to community feedback helped us blend together the many pieces of the game.”

After 2 years in early access, we’re happy to announce that our labor of love, turn-based deck-builder RPG #GordianQuest 1.0 is finally LIVE! Enjoy 25% OFF with the #SteamSummerSale2022 ⚔️https://t.co/U57bKR0a1S #indiegame #indiegaming #indiedev pic.twitter.com/nGwWCTkP4i

Early Access helps indie teams collect quality feedback from hardcore fans and come up with the best version of their games. That’s why Mixed Realms always use this strategy, which is in line with the studio’s creed of making games that their players want to play.

“We want to know what players like or dislike about our game, and we do our best to improve the game based on the feedback that makes the most sense,” Chang notes.

Years of challenging work eventually paid off, as Gordian Quest currently has a 91% rating on Steam with almost 3,700 reviews. Flattered by warm reception from players, Mixed Realms is now working on its new VR project titled Hell Sweeper, which is expected to come out later this year.