Retro Forge on making 16-bit metroidvania Souldiers: “Keeping the entire world consistent has been a nightmare”

Spanish indie studio Retro Forge Games has just launched its debut title Souldiers, a 16-bit metroidvania offering a hardcore combat system and a big colorful world. We have discussed the game’s development and challenges the team faced along the way with the studio’s co-founder and programmer Leo Fernandez Infante. 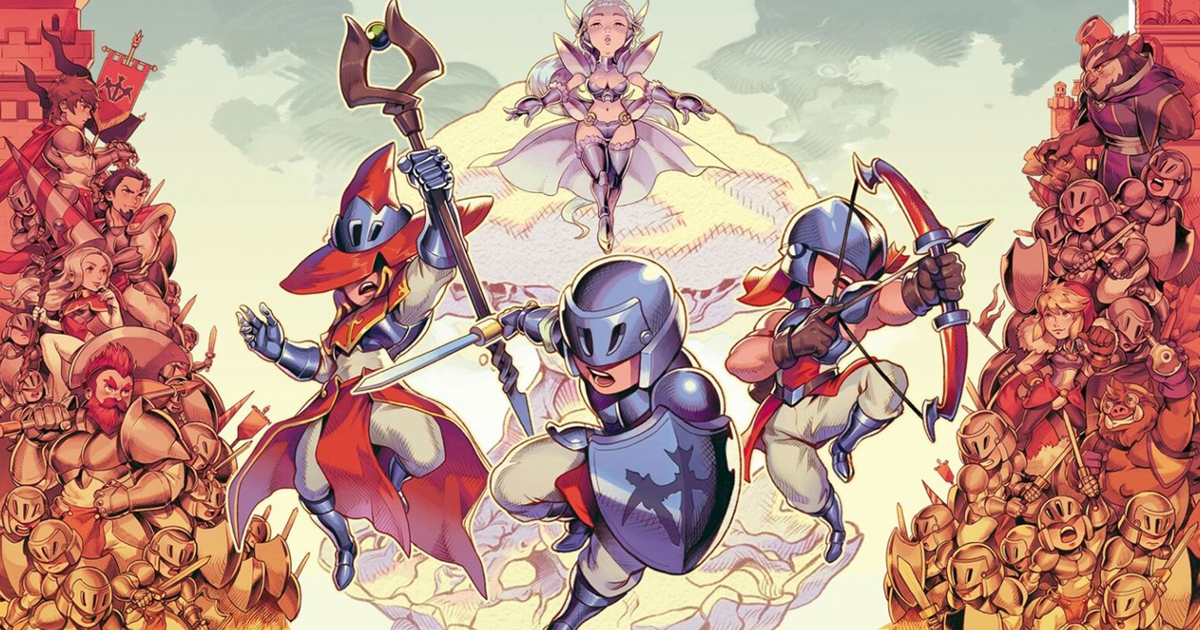 A team of enthusiasts working on their dream game

Based in Madrid, Spain, Retro Forge is a small studio of 6 developers who decided to start their own project once a game company they were working at closed and laid off everybody.

“It was a great opportunity to make the game we always wanted to make, so we decided to start working on our own game based on a general metroidvania idea our creative [director] had in mind for a long time,” Leo recalls.

Every team member comes from a different background and has their own story of getting into gamedev. Leo, for example, didn’t like the industry he was working in initially, so he decided to completely change his professional scope.

“At that time I didn’t know exactly what path to take,” he tells us. “Making video games seemed like a somewhat strange but achievable thing, so I started to explore that idea and found it really rewarding.”

As for pixel artist and the studio’s creative director Alberto Hernández, he always wanted to tell stories that go beyond single art pieces. “I think the most complete form to translate those stories are video games, so if you have the chance to turn them into a reality with a team, just do it,” he says.

And that’s exactly what Retro Forge tried to do when it started working on their debut game Souldiers, which took more than four years to make.

The story of Souldiers began many years ago with a few character concepts. Later, we tried to bring our idea to life, sadly to no avail. 4 years ago, we began working on our second attempt, culminating in tomorrow’s launch. Thank you to everyone who has been part of this journey. pic.twitter.com/QcR2JliIJA

Crafting a living world and finding balance between fun and hardcore

Built with Unity, Souldiers is a beautifully forged retro-style game set in a colorful 16-bit world. Leo describes its concept as a “mixture of feelings involving gameplay, environments, characters, story and charisma that makes it unique by itself.”

The team drew inspiration from “almost every game that has influenced our lives in some way,” Leo says. Zelda, Castlevania, Final Fantasy, Dark Souls, Tales of, Diablo, even Street Fighter… the list goes on and on.

Do you think it will be hard for you to choose your character?

Click on the GIF and let fate decide for you! 🤭 pic.twitter.com/jaJVpeoh5Z

At its core, Souldiers is a metroidvania where a player selects one of three classes — Scout, Archer, and Mage — to explore the world and fight enemies. Each character has their own gameplay style and skill tree, with Leo saying that there is no single “key movement” that players need to master to progress on the adventure.

Retro Forge wanted to make the combat system entertaining through responsive controls and various movesets. However, gameplay becomes more hardcore as a player progresses through the game, so it definitely won’t be an easy run.

“A common mistake some players make is sticking to just a single combat strategy,” Leo explains. “If you want to survive, especially in the harder difficulty modes, you probably should use more than one combat approach to win. This means mana potions, weapons or whatever can help you in these fights.”

As for the world, Retro Forge tried to create a detailed living environment where characters adapt to the current situation. And keeping the level of consistency throughout the whole game while presenting different story moments was quite a challenge for the team.

“Keeping that level of detail is difficult because it is quite easy to break something that can shock the players,” Leo says. “For example, having the same character in two different places at the same time, or entering a zone that shouldn’t be visited before the right moment. Keeping the entire world consistent has been a nightmare, but I think we finally got a good result.” 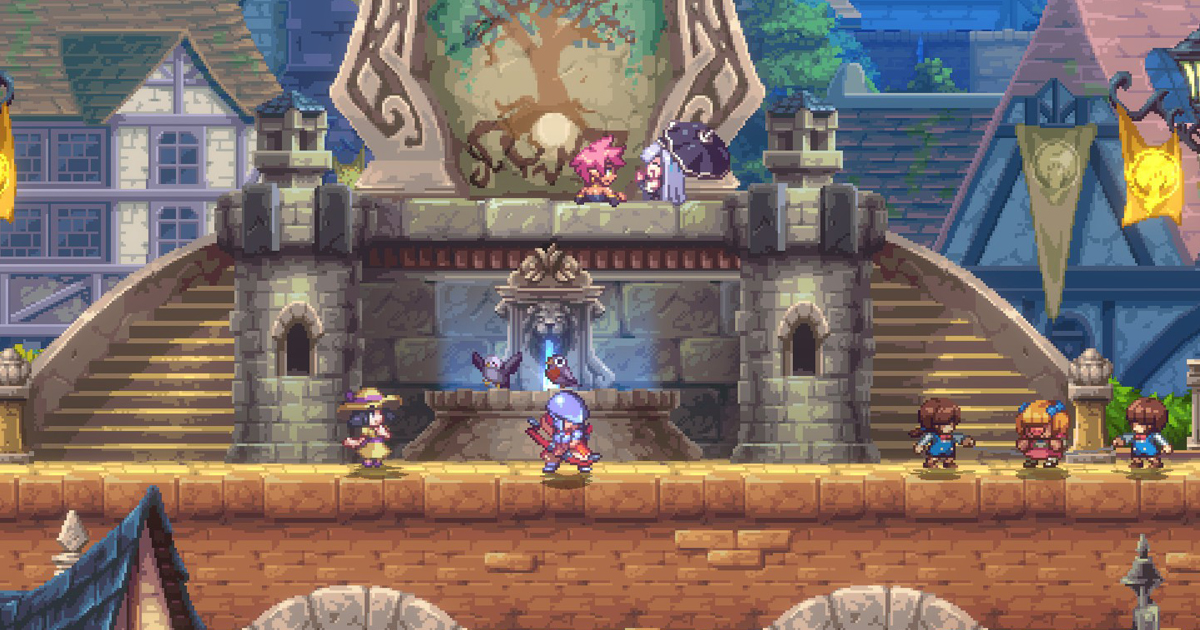 Dealing with other problems and setting up workflows

Game development aside, one of the biggest challenges Retro Forge faced was to establish the company and solve all the legal issues that come with this process.

“We had no idea at the time about any of these topics,” Leo says, adding, “Working remotely from home also had some inconveniences in terms of understanding each other. It was a bit hard in the beginning, but in the end we got more or less used to it.”

Retro Forge also had to find a way to efficiently organize the work of the small team. So that’s how the studio came up with its “master planning,” which both the art and programming departments should follow.

The art team worked separately on every in-game zone, spending a couple of days taking references for each environment and then making small sketches for characters and scenarios. “At this point we don’t usually make a lot of concepts, just the necessary ones to start working as quickly as possible, since this is a BIG game, and time is money,” Leo explains.

“The programming department also gets their tasks from the general planning,” he continues. “After getting a definition of the general requirements of each system, mechanic, prop, etc. that is going to make its way into the game, they implement a first prototype of it.”

These prototypes usually had placeholder art and balancing, which needed to be reviewed and polished through several iterations. The team also kept making changes to the game even when the version was considered “final.”

Although Retro Forge managed to create a relatively efficient workflow, they couldn’t avoid one of the most common pitfalls of game development — burnout. It is a constant feeling, especially when you are working with no schedule and trying to take care of your own independent game.

“The good part is when you play what is done up to some point and you think, wow, we are doing it, and it looks quite cool,” Leo says about coping with this feeling. “That gives you strength to continue doing the good work. Also, having opinions from testers saying how much they like what you are doing is really good to encourage yourself to keep working hard.” 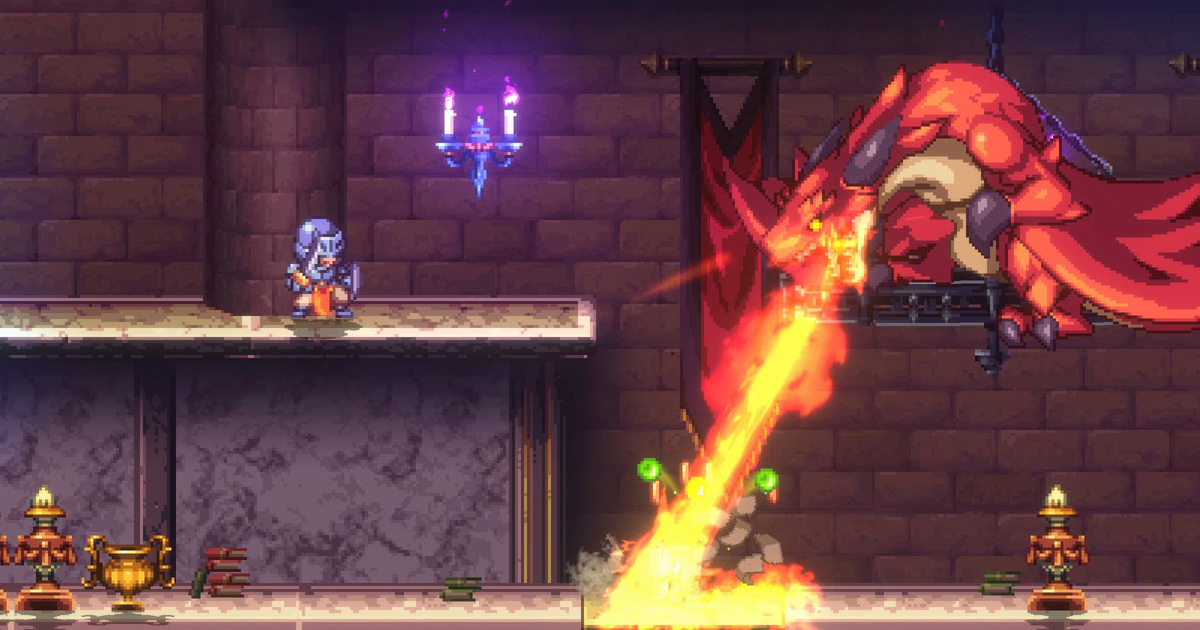 Realizing that the development of Souldiers will take a long time, Retro Forge decided to look for a publisher. That’s how the deal with Dear Villagers came around, giving the studio the funding they needed and solving some marketing issues.

“As a small development team we don’t have the needed time, experience, and budget to handle marketing properly,” Leo says. “We were able to externalize some other tasks thanks to our publisher as well. All in all, working with Dear Villagers has been a very good experience that also gave the game a noticeable quality push.”

As a result, Souldiers has reached 100k wishlists on Steam right before its launch on June 2.

We did it… the 100K wishlists have been reached! 😱 And we can’t believe this happened right before the release. You guys are definitely crazy! ❤️

THANK YOU once again for your support through the wishlitsts, follows, shares, and encouraging words! https://t.co/6nhca2ytJn

Despite building a strong community waiting for the game, the release was overshadowed by several unpleasant moments. Souldiers received mixed reviews on Steam, with only 49% of them being positive right now.

Overall, players enjoy the game’s general concept and core systems, especially its world, beautiful art, variety of enemies, and bosses. However, the main complaints relate to technical issues like corrupted saves and problems with class balance, making some users call the gameplay unfair.

Getting mixed reviews at launch may discourage potential players from buying the game, but most of these issues can be resolved. So Retro Forge has already collected feedback and announced a new version of Souldiers, pledging to fix critical bugs and rework the game’s balance.

“With Souldiers, our goal has always been to offer you a challenging experience. However, through your reviews one thing is clear: a lot of you think the game is unfair in its current state, and not fun to play,” the team stated, adding that the new version will come out on June 23.

As one Redditor noted, a “lot of us complained not because the game is bad, but because we felt that this game [has] a huge potential.” So it is interesting to see what awaits Retro Forge in the next chapter of their journey.