Clockwork Kingdom is a small black and white dungeon crawler where the player has to escape the toy factory. The catch is that you can’t move initially and have to gradually unlock movement directions to make your escape. Today we discuss the concept and main inspirations behind the project with its creator, London-based animator and indie developer Jamie Rowan.

“I’ve wanted to develop games myself for as long as I can remember, but then again who hasn’t after playing games as a kid?” Rowan tells us. “My earliest memory of gaming was getting The Legend of Zelda: Ocarina of Time on the N64, and it blew my tiny mind.”

He has been animating and designing games for a while, but started to code only around 2-3 years ago. Prior to launching Clockwork Kingdom, Rowan had already released a couple of small projects, all of which are available on his itch.io page.

Metroidvania where you can’t move at the start? Why not

Before starting working on a project, Rowan tends to think of something funny or strange for a central theme. Then he ties the art style to that. So that’s how the whole concept for Clockwork Kingdom came around.

In this game, you control a clockwork toy trying to break free from the toy factory. The tricky thing is that you can’t move at all at the beginning, having to gradually unlock different movement directions and other abilities.

“I thought that it might be cool to have a metroidvania / dungeon crawler game where the player couldn’t move when they first started playing, and then thought that a clockwork toy would suit being the main protagonist. After that, the game kind of grew naturally, and evolved itself from there,” Rowan explains. “It’s not something that you see too often in metroidvania games, and maybe there’s a good reason for that, but I thought it worked well in this project!” he adds.

He cites the Legend of Zelda games for Game Boy — Oracle of Ages & Seasons particularly — and Gato Roboto as his main influences for Clockwork Kingdom. The latter is one of Rowan’s favorite indie games, which, he says, “also uses a 1-bit / black and white art style to great effect.”

So it is no surprise that Clockwork Kingdom has a strong retro feel to it, too, especially with its color palette and simple-looking but beautiful pixel graphics. 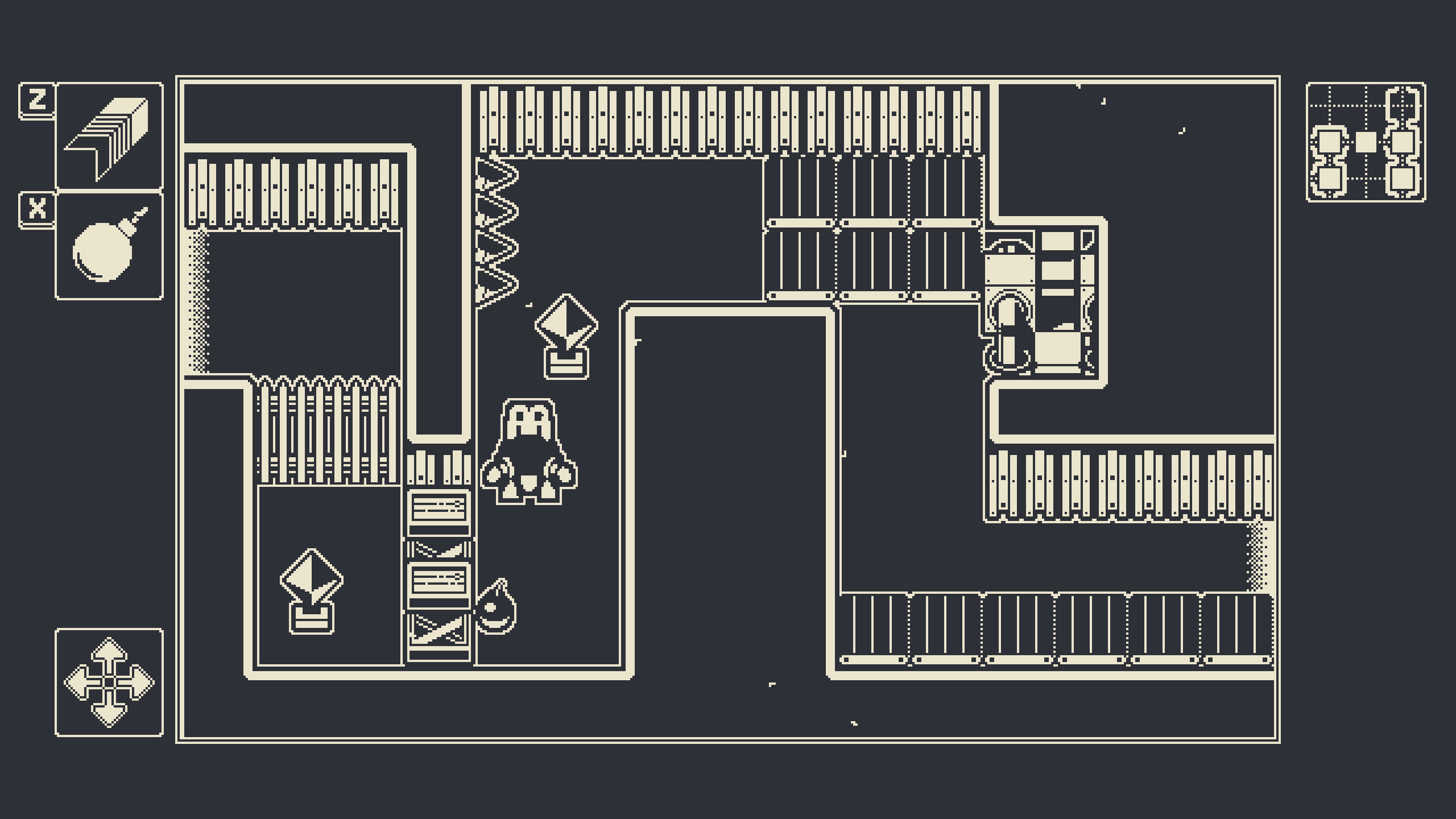 “I’d had a few simple sketches of black and white pixel art lying around for some time, so I always knew I wanted to make something with that vibe,” Rowan recalls. “But when I came up with the main theme and mechanics for Clockwork Kingdom, it seemed to really suit the game.”

This art style and animations ended up being one of the elements Rowan’s most proud of, especially considering that it is hard to get all the things to look right in black and white.

Development process and challenges on the way

Clockwork Kingdom is built with the GameMaker Studio, an engine that combines visual programming with a custom drag-and-drop system. It gained popularity among indie developers, with Undertale, Katana Zero, and Hotline Miami being the most prominent examples of titles created with it.

Speaking of other tools, Rowan used a combination of Blender and Aseprite to make art and animation for the game. 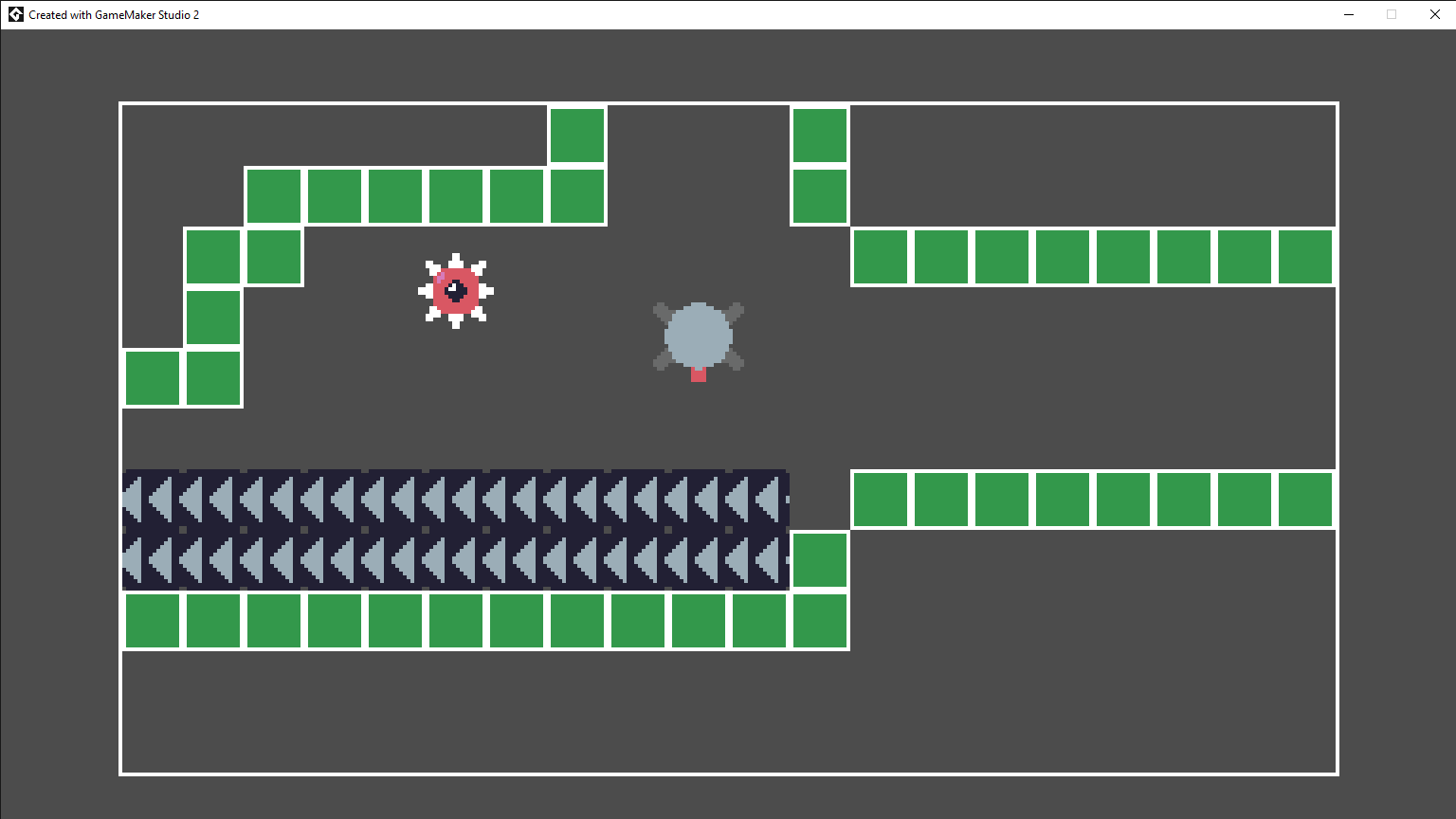 Screenshot of one of the game’s early versions

The whole development of Clockwork Kingdom took him around one year. As he clarifies, the game was made almost entirely solo, “apart from some great music by Bibiki and an awesome palette shader by Pixelated Pope.”

It’s important to get the art style right to grab players’ attention, but it’s the mechanics and game feel that ultimately define the experience. If these things aren’t working well, then it’s not really a game yet, he thinks.

“The main challenge I found when making Clockwork Kingdom was letting the player naturally discover things, while also ensuring that they had the correct items at the time,” Rowan says. “So getting the movement abilities in the correct places was very tricky, and took a lot of trial and error to get right.” 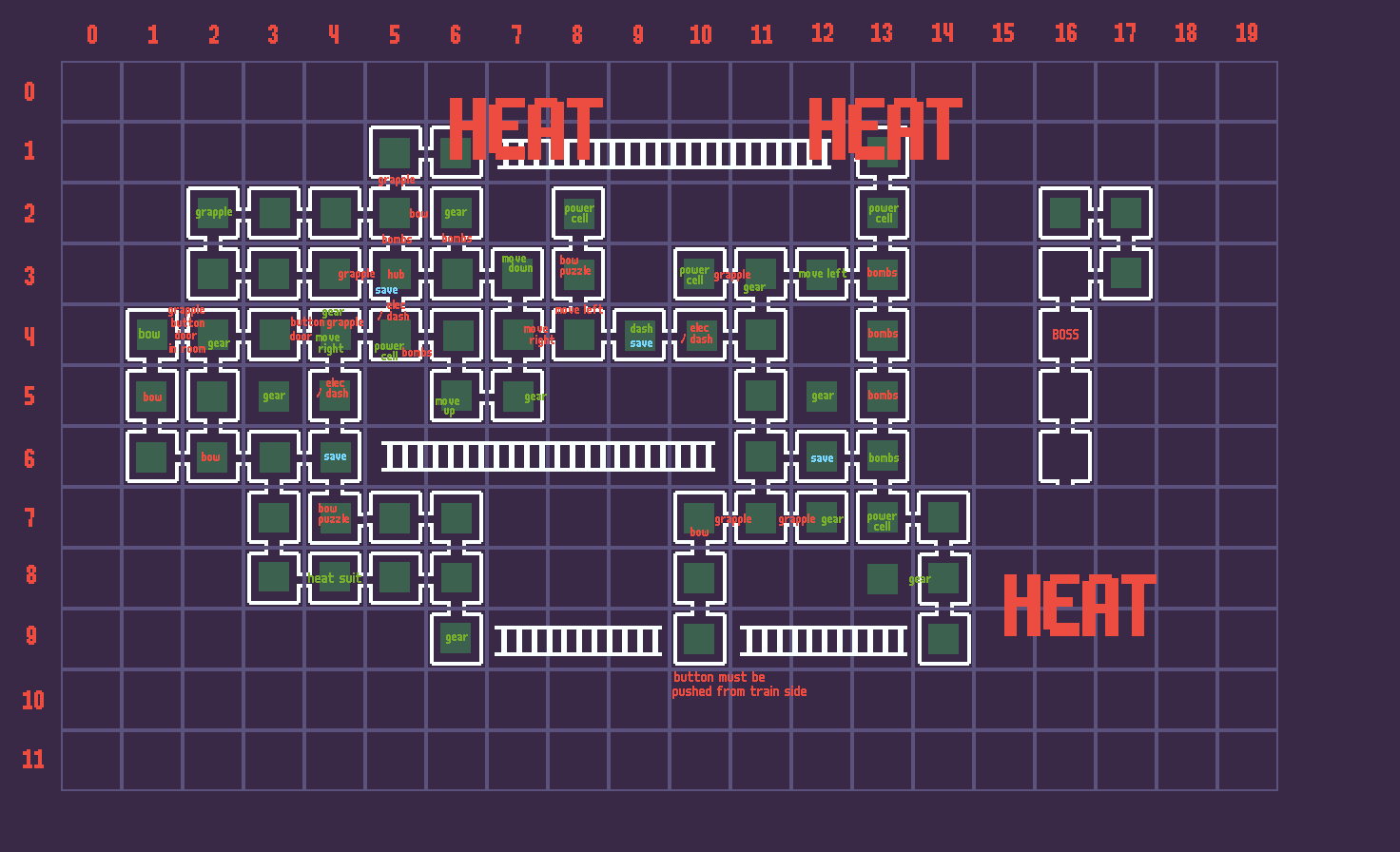 Balancing work and coping with burnout

His indie aspirations aside, Rowan does a lot of freelance animation for other projects. Combining work with solo game development and finding a balance might be tricky. “But I think once you’ve been doing it for some time, creating your own project while balancing work isn’t too difficult if you keep the scope of it relatively small!” he says.

Despite really enjoying the process in general, he experienced some burnout around 3/4 of the way through the development. As a result, Rowan left Clockwork Kingdom untouched for around a month, but fortunately was able to cope with this feeling and finish the project.

“When I came back and played it, it enabled me to see it more as a game, and less of something which I’d created,” he recalls. “That really helped me to push through and finish it.” 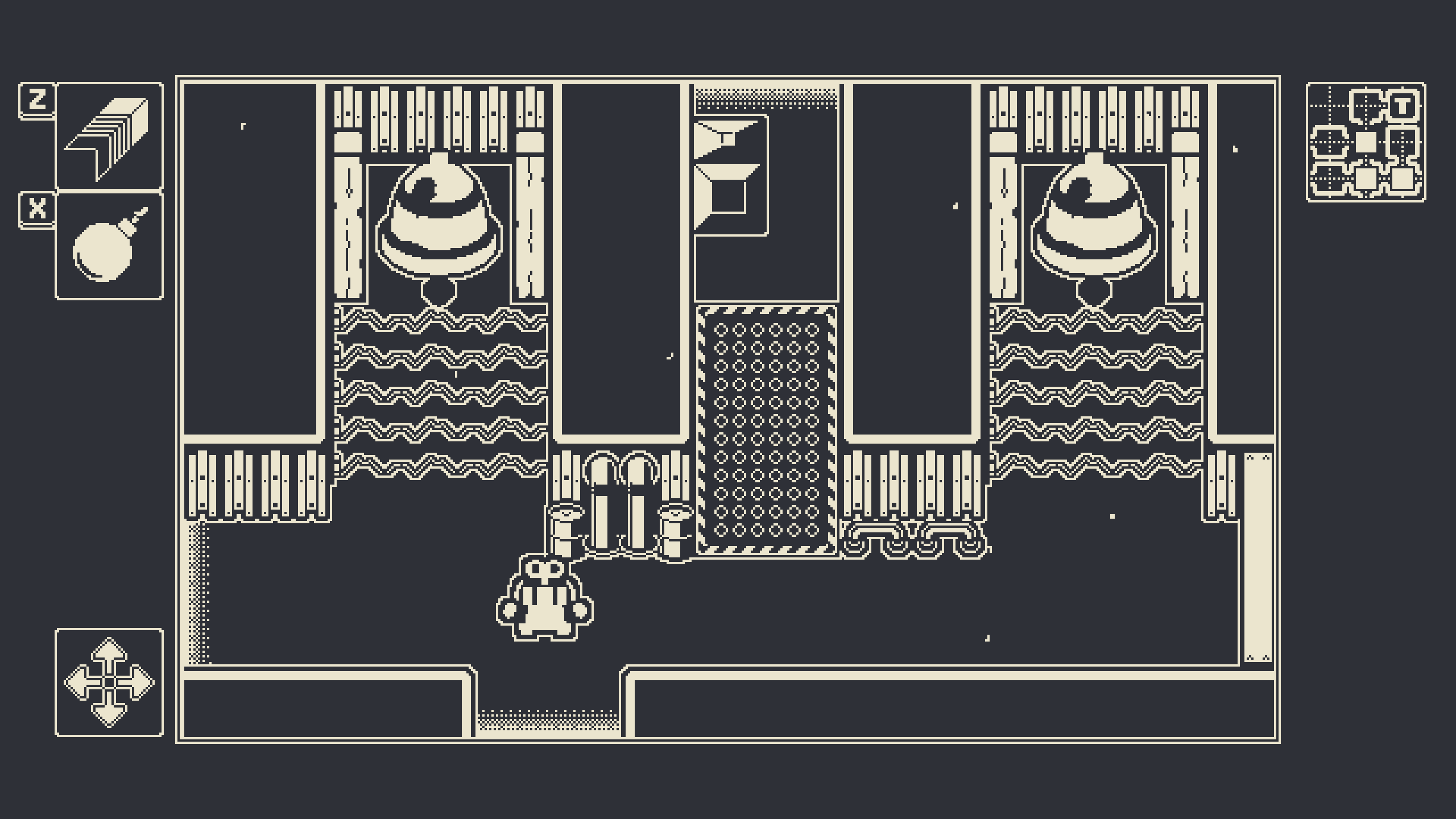 Although Rowan didn’t set specific goals for Clockwork Kingdom in terms of sales, he hopes that as many people play it as possible. He also doesn’t rule out the possibility of working with a publisher on this game or his upcoming projects.

“A perfect publisher for me would be someone who gives good and honest feedback,” he explains. “It would also be nice to not be a small needle in a large haystack of other games, but rather a publisher that focuses on a small handful of high quality games.”

As of now, Rowan doesn’t plan to release Clockwork Kingdom on Steam or any other platforms. However, he still hopes to expand the game and add more content to it in the future.