It Takes Two hits 10 million unit sold. “Nobody expected this,” says Josef Fares
18:22
Over 1 million Chinese players apply for refunds due to expiration of Blzzard’s agreement with NetEase
14:58
NCSoft West lays off 20% of employees as part of ‘global realignment’
13:09
Organic discovery and app store featuring to be declared dead in 2023, according to Deconstructor of Fun
02.02
Dwarf Fortress made $7.2 million in January, 44 times more than in all of 2022
02.02
PlayStation reports 53% Q3 revenue growth, driven by strong sales of consoles and third-party games
02.02
Tenjin and GameAnalytics release Q4 Hyper-Casual Games Benchmark Report
01.02
Chris Zukowski: Steam can only promote up to around 500 indie games per year
30.01
Wargaming top manager called a terrorist by KGB Belarus
30.01
AI USE CASE: How a mobile game development studio saved $70K in expenses
27.01
All news
Deals 26.04.2022 14:06

GEM Capital has invested in Cypriot company Skich, the developer of the self-titled app. It is aimed at helping users find mobile games that match their interests through personalized recommendations. 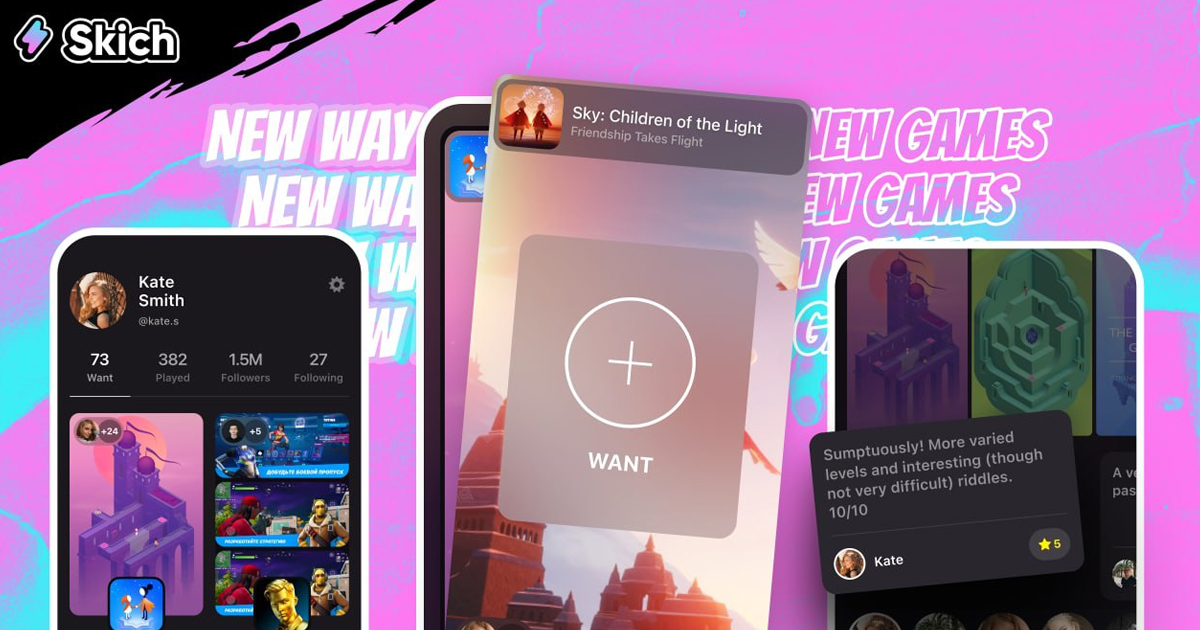 GEM Capital’s investment in the pre-seed round amounted to $400,000. This money will go towards developing and promoting the Skich app.

“2.8 billion mobile games audience is increasingly faced with the challenge of finding content that better matches their interests in the huge volume of games released every day,” GEM Capital games and entertainment leader Kirill Gurskiy said in a statement. “The recommendation services of the App Store and Google Play do not do this well and are rightly criticized for their lack of flexibility.”

Skich was founded by Sergey Budkovski and Ivan Zenkovich, who previously worked at 69pixels, one of the leading UX/UI agencies in the world. The team is now based in Cyprus and Poland.

According to Budkovski, the investment will let Skich expand its team and start “actively building partnerships with game developers and prepare for the next investment round.”

Skich, available on iOS and Android, works similar to Tinder, bringing social discovery to mobile game recommendations. It creates personalized selections of mobile titles based on the interests of a user and their friends. Users can swipe game cards, which consist of screenshots and video of the certain game, and decide whether they like the recommended app or not.