Techland’s Kornel Jaskuła on Dying Light 2 development and narrative: “Not a typical sequel”

Dying Light 2 Stay Human has climbed the sales charts like they are some parkour-friendly rooftops. The game’s production, however, has not been without challenges. We spoke with Kornel Jaskuła, senior producer at Techland, about the game’s development and its narrative, as well as the company’s growth and the way the pandemic has affected the internal processes. 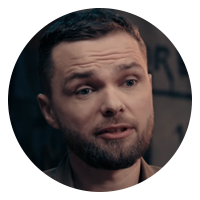 Evgeny Obedkov, writer at GWO: Hey Kornel, for starters, a couple of words about yourself, please? What are your responsibilities at Techland now?

Kornel Jaskuła: Hi there, I am one of the senior producers of Dying Light 2 Stay Human. I started working at Techland over 15 years ago and it was my first real job. As a producer, I organize work for the gameplay team: including gameplay programmers, gameplay animators, designers, and QAs.

How is the team holding up right now? How’s morale? Catching a little break after shipping the game?

We are really happy that the game is finally out. We were waiting for that moment for a long time. Of course, we plan to catch a break, regenerate, but first we want to make sure that the game is working with no issues and work on those that appear.

First reviews are out. The reception is overwhelmingly warm, but some of the reviewers have issues with the game. What would you say you absolutely nailed? And what maybe did not work out quite the way you hoped it would?

It’s really hard to pick one. I can say that I really enjoy how the music adjusts while parkouring through the city. I love player progression and the fact that after several hours spent in the game it still offers completely new mechanics that change the gameplay. And yes, there are some issues pointed out in reviews. As we speak, we work hard to fix the most crucial ones as soon as possible. 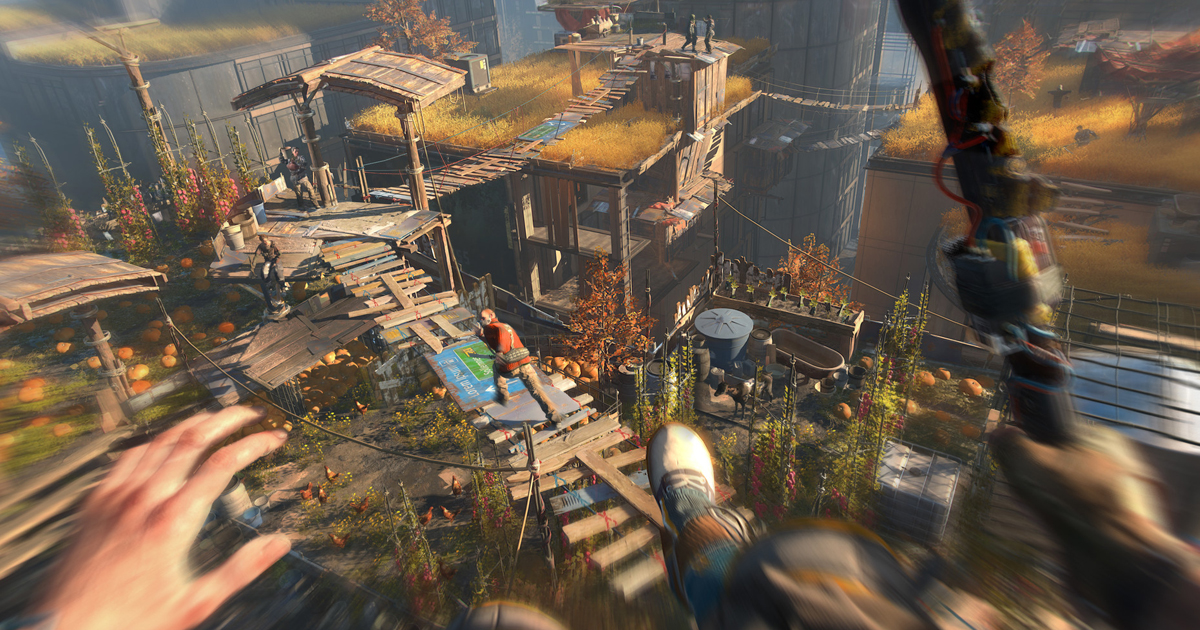 Let’s talk development. The game has been pushed back more than once. What were the reasons for the delays?

To be honest there were many reasons. First of all, we were not happy with the state of the game at certain stages of the production, we were searching for recipes to specific game mechanics, then the pandemic kicked in and it didn’t help either. But the most important thing is that we didn’t want to release the game that we are not happy with and that will not meet the expectations of our players.

It’s been seven years since the first game came out. Could you please walk us through the main stages and milestones of the development process? Which one was the most challenging and why?

It always starts with paper design, then rough prototypes. When the results are promising we start to work on the wider perspective to shape player experience.

For me personally, the most challenging moment in the production is the finalization of pre-production. This is the time when the whole design must be accepted. We need to sit down and agree that this is the game that we want to develop.

How much has the studio expanded overall throughout the development of Dying Light 2 (especially compared to the first game)? I wonder if the growth of the company created additional challenges for the leadership and development management?

The current headcount is over 410 employees. At the beginning of Dying Light 2 Stay Human development we had around 200 employees. So our team has doubled in size since then.

With the growth of the company and the hiring of new employees, it was obvious that we also had to strengthen our leadership and management. So each department (besides specialists) has its own Leader, Producer, and Director. 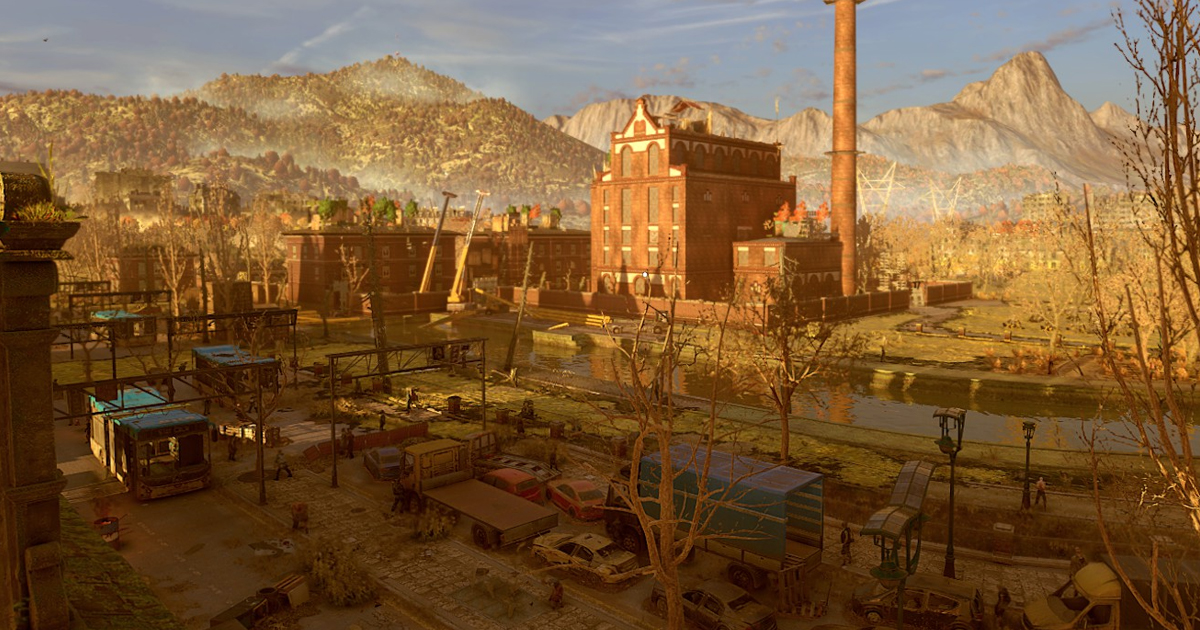 One of the obvious challenges in the development of Dying Lights 2 must have been the pandemic. How did the team adapt to the new realities?

That was really hard. We were forced to switch to full remote work and everything needed to adapt: starting from technical infrastructure to developers’ daily routine. But I think that we manage quite well, we adapted quickly and I can say that our set goals then helped us to stay focused on something positive.

One other challenge that was publicized a lot was the shift to C-Engine. You guys talked a lot on how the new tool gave you the flexibility to develop for several console generations. But there must have been so many problems associated with the transition to the new tech. Could you please tell us about them?

C-Engine is a continuation of our [Chrome Engine — Ed.]. One of the biggest challenges for the team was our system of semi-procedural content generation, making the generated content meet the quality, gameplay, and performance requirements on the previous generation consoles was quite a challenge. We had to create many tools and processes enabling technical analysis and correction of the content of such a huge game world. In Dying Light 2 Stay Human, the city is not just a flat map, you can jump out of the building on a paraglider, fly a few streets, fall into a room straight from the air and perform a dropkick on your opponent, and then, while running, jump onto the street from the other side full of monsters.

Dying Light 2 is coming out for both old and current generations of consoles, although the first trailer only announced the game for PC, Xbox One, and PS4. Were you concerned about releasing and optimizing so many versions, including the Switch cloud version announced last year??

The performance of the old generation consoles required us to have a clever approach and a huge effort to design and optimize in this respect. We started testing the older generation consoles at a very early stage of Dying Light 2 Stay Human. It was dictated not only by our ambitions, but also by many technological changes. The overarching goal was to deliver a consistent Dying Light 2 experience across all platforms. We use hardware differences by adding extra detail or configuration options, e.g. we use ray-tracing on consoles or powerful PCs or the VRR mode that allows a very high frame rate.

Other than its multiplatform capabilities, what new functionality and opportunities did you unlock with C-Engine compared to the previous versions of Chrome?

Our engine has been constantly developed for our games for about 25 years. Dying Light 2 Stay Human has been in development for over 6 years. I think that apart from the engine components mentioned, it’s best to run Dying Light 1 and 2 to feel the difference for yourself. This is not a typical sequel, we wanted to deliver a better game in all areas. Just like Dying Light 1, Dying Light 2 will continue to be developed, I hope we will surprise our players with improvements and enhancements to the game in the future.

Was it difficult to transfer the core gameplay mechanics and other systems from the first game to the new game? Did you have to redesign them from scratch?

I think it was not a problem. Imagine you know how to create human sculpture –  it is not a big difference if you take wood or plaster as a base material. 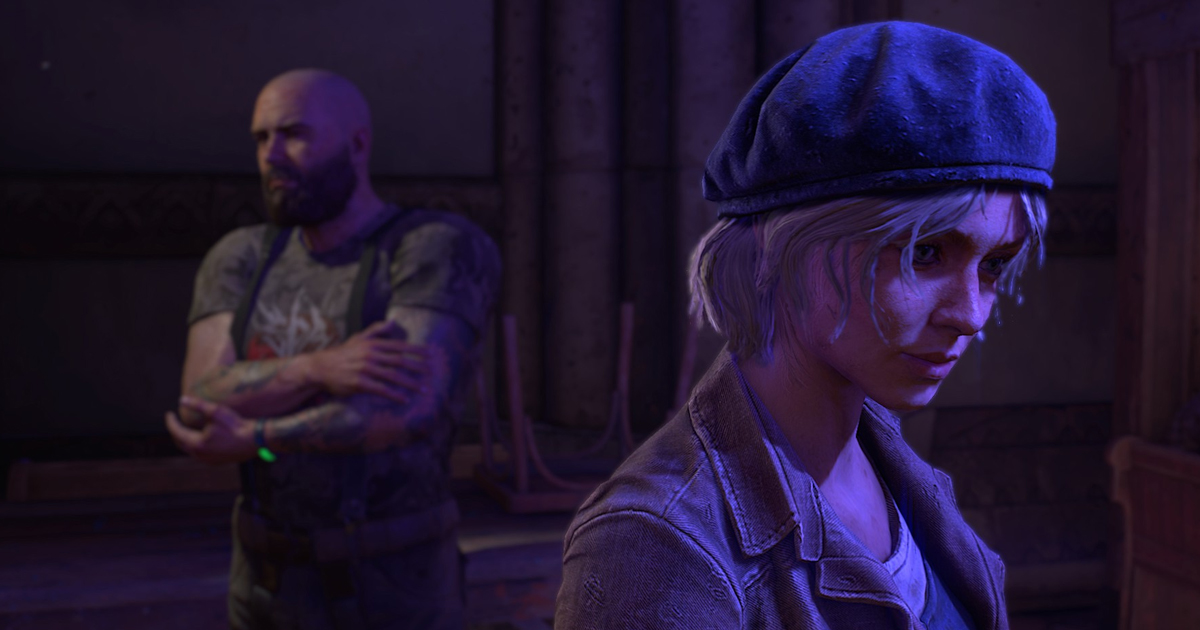 Let’s talk about the story. What was your priority on that game? The story or the gameplay?

If it comes to the story, our priority was to make it more mature and adequate to the Dying Light 2 Stay Human pillars, such as “choices & consequences”. Each of the teams focused on their field in which they are specialized to create the best experience for the players. We wanted DL2 to be the best combination of all aspects.

How many people worked on the story? Did hiring people from different backgrounds influence the narrative design and your approach to story quests?

Our Story team is strong and consists of a dozen specialists — narrative designers, quest designers — all of them are working on the story. It is hard to say how many iterations, sometimes the changes were slight, sometimes bigger, we didn’t count.

Finally, what would you say are the key attributes of an IP that make it a successful franchise? And how do you develop these attributes from installment to installment?

It is all about the players. We do everything to make them happy and satisfied. Listening to your community and making sure you cover their needs while staying transparent with your decisions.

Great point! Thanks for the interview and looking forward to what Techland will bring players next.