Chris Zukowski: Steam can only promote up to around 500 indie games per year
30.01
Wargaming top manager called a terrorist by KGB Belarus
30.01
AI USE CASE: How a mobile game development studio saved $70K in expenses
27.01
Sensor Tower: Subway Surfers was most downloaded game in Q4 2022, but the Stumble Guys showed fastest growth
26.01
The Day Before loses its page on Steam. Developer cites trademark complaint
25.01
125 games industry professionals from 85 companies attended WN Connect business event in Belgrad
24.01
Blizzard caught up in scandal. Again. This time it is all about ranking its employees
24.01
Cyberpunk 2077 quest director Paweł Sasko on game’s non-linearity: “Players expected more because of the fact how The Witcher 3 is built”
23.01
Key success factors for ZERO Sievert, top-down extraction shooter that generated over $1 million in its first week
23.01
Dragon Age: Dreadwolf production director Mac Walters leaves BioWare after almost 20 years
23.01
All news
Industry News 10.02.2022 18:11

Sims 4 developer Maxis has faced a choice of either cutting a part of the content from the game’s new wedding-themed DLC or not releasing it in Russia at all. The studio chose the latter, saying that the team is “committed to the freedom to love who you love.” 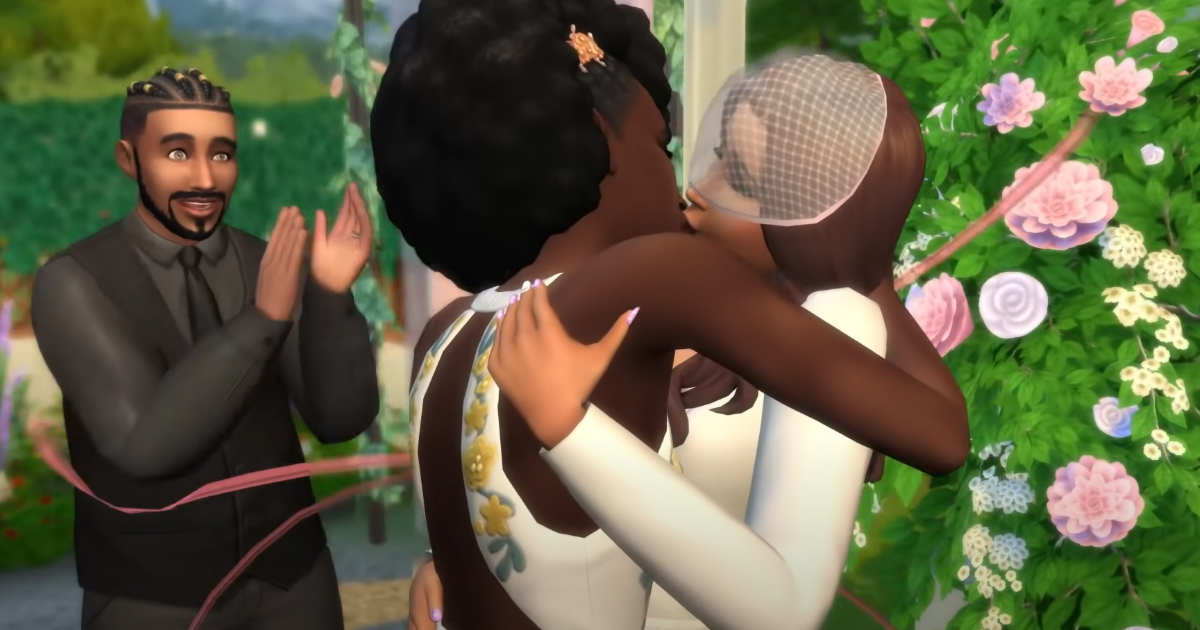 Maxis made a statement on the EA official blog on February 9, explaining its decision to not sell the My Wedding Stories game pack for Sims 4 in Russia.

This DLC provides players with different tools to organize their own wedding, including decor, outfits, detailed planning, cakes, as well as bachelor and bachelorette parties. The pack’s announcement also featured a wedding of two women, Dominique and Camille, which were described as a “couple whose love knows no boundaries.”

“As we moved through our development and brand storytelling process, we became aware that the way we wanted to tell Cam and Dom’s story would not be something we could freely share around the world,” the statement reads.

Maxis noted that it would have to cut Cam and Dom’s story from the game to release the DLC in Russia without violating local federal laws regarding “gay propaganda.” So the team and EA decided to not compromise the values they live by: “We are committed to the freedom to be who you are, to love who you love and tell the stories you want to tell.”