Unpacking Master broke into the top charts on iOS and Android. The issue is that it looked and played a lot like indie puzzle game Unpacking. We spoke to SayGames, which published the mobile title, about cloning allegations, their attitude toward capitalizing on other studios’ ideas, and the game’s removal from the stores. 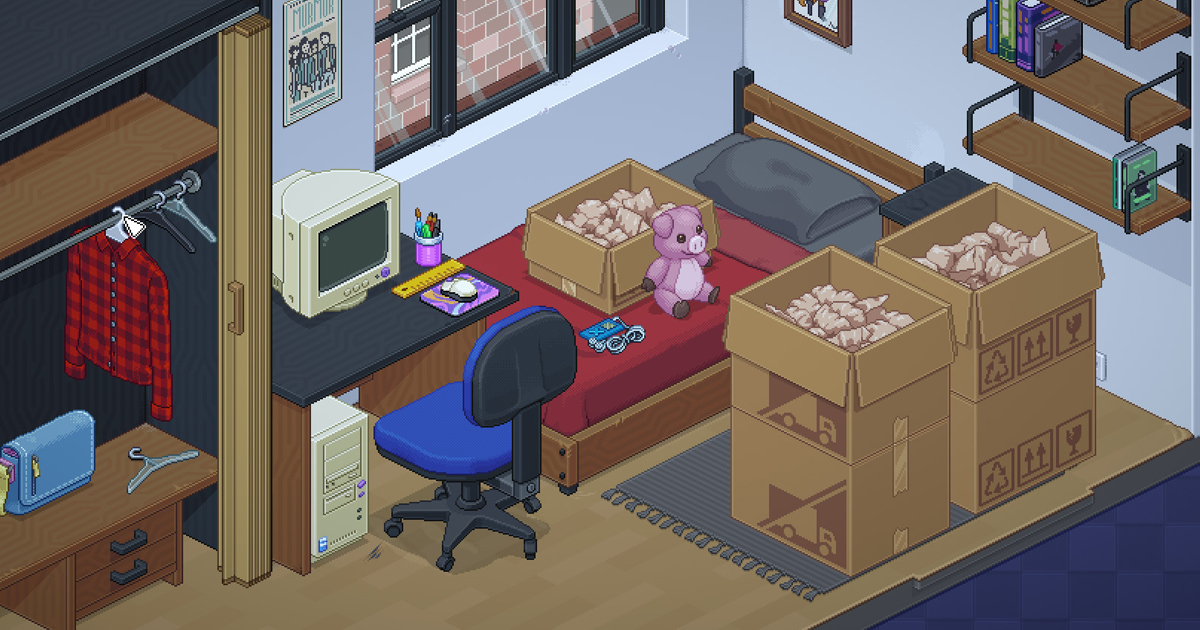 How the Unpacking clone managed to top the charts?

Unpacking developer Witch Beam Games paid attention to a game called Unpacking Master, which looked very similar to its own project. The devs noted that they had nothing to do with it.

If you’ve happened to catch an ad for a suspiciously similar-looking game to Unpacking📦 on mobile recently, please know that this is not our game.

They sure seem to want to give the impression that it is, though! 🧵 pic.twitter.com/d3ULxxbmSA

Witch Beam Games saw some Unpacking imposters before, but none of them has ever gained so much attention. It seems that Unpacking Master managed to break into the top charts thanks to aggressive promotion on TikTok and Instagram.

It eventually became the most downloaded game on the App Store and ranked second on the Google Play Store.

In fact, they’ve been advertising so heavily that we’re drowning in alerts from concerned fans encountering these ads on TikTok. This is what our notifications look like right now — and this is just the past 12 hours! pic.twitter.com/2VxOJnYNUO

A lot of players criticized Unpacking Master, saying they were confused by the game’s look. Kotaku cited one review from the Play Store: “I downloaded this on a whim without looking at the developer… I was really hoping this was a mobile version of Unpacking by Witch Beam and Humble Games, which has an incredible story. This feels like a ripoff of that, down to the rooms and the items in them.”

Speaking of the success of Unpacking Master, Witch Beam noted that it was demoralizing for a small team that spent years making Unpacking to see someone make an “opportunistic ad-riddled app” in just a few months.

“We’re a tiny indie team and even with the success we have achieved, we still don’t have the resources to pursue companies trying to use our game’s distinct look and feel to make a quick buck,” the statement reads. “We have to rely on storefronts like the App Store to better curate their content.”

A few hours after posting the original thread, Witch Beam Games revealed that Unpacking Master has been removed from mobile storefronts. The studio also thanked everyone for reporting Unpacking Master.

The SayGames title is now unavailable on both the App Store and Play Store.

Hopefully final update: the app is now gone from the Google Play store too. Thanks to everyone who reported it as a copycat!

What does SayGames have to say about it?

We contacted the publisher and asked a few questions about the whole situation and the company’s attitude to cloning.

SayGames: Unpacking Master was submitted to us at the end of last year, after Unpacking came out on Steam. We did some research, compared the two games, and decided to proceed with the release because Unpacking Master is not a clone of an existing mobile game, but an adaptation of popular game mechanics on other platforms. The developers had created more than 50 levels / rooms, enhanced the concept with new ideas, making the game longer and more interesting. At the same time, we understood that Unpacking Master is very similar to Unpacking in terms of game mechanics and setting. However, we underestimated the degree of similarity between the two games and made the mistake of deciding to launch the title without additional significant changes.

Witch Beam said the team spent years planning and creating the game, so it was demoralizing to see ad-riddled clones being launched. How can you comment on this, and what do you think of cloning in general?

We totally understand the guys who created Unpacking as there are hundreds of games copied from our own hits. That being said, we are still convinced that there is a big difference between a clone that completely copies the original and a game that builds on an existing title, where the original idea is supplemented and improved. If this practice did not exist, the FPS genre would have stopped at Wolfenstein 3D. The team that created Unpacking Master did a great job of creating unique levels, their own graphic style, and adapting the mechanics for mobile platforms. Eventually, though, the games turned out to be very similar, so in the future we will be more careful about this kind of projects.

Some users complain about being tricked into seeing Unpacking Master as the original game’s official mobile version. Do you agree that titles like this can deliberately mislead players?

Mobile stores have a huge number of games similar to Unpacking right now. None of them managed to reach a significant audience due to their similarity to the Witch Beam game. It wasn’t our intent to mislead players by releasing Unpacking Master. Our game has skyrocketed on the charts thanks to its quality and the work done by our marketing team. We had less than 5% of organic installs since the launch.

Did you expect the game to be removed from the App Store and Google Play?

This morning, we found out that the game had been pulled from the App Store via a notification letter from Apple. We decided to remove it from Google Play as well after having an internal discussion on the matter and also contacted Witch Beam. We have informed the studio that we have pulled the game from the stores, apologized, and are now seeking a friendly dialogue and settlement of the situation.

Unpacking came out on November 2, 2021, on PC, Xbox One, and Nintendo Switch. The game currently has 92% of positive reviews on Steam and an 84/100 score on Metacritic. Unpacking also made it to the year-end list of some popular gaming outlets and became one of the best-selling titles on Switch by the end of 2021.