It Takes Two hits 10 million unit sold. “Nobody expected this,” says Josef Fares
03.02
Over 1 million Chinese players apply for refunds due to expiration of Blzzard’s agreement with NetEase
03.02
NCSoft West lays off 20% of employees as part of ‘global realignment’
03.02
Organic discovery and app store featuring to be declared dead in 2023, according to Deconstructor of Fun
02.02
Dwarf Fortress made $7.2 million in January, 44 times more than in all of 2022
02.02
PlayStation reports 53% Q3 revenue growth, driven by strong sales of consoles and third-party games
02.02
Tenjin and GameAnalytics release Q4 Hyper-Casual Games Benchmark Report
01.02
Chris Zukowski: Steam can only promote up to around 500 indie games per year
30.01
Wargaming top manager called a terrorist by KGB Belarus
30.01
AI USE CASE: How a mobile game development studio saved $70K in expenses
27.01
All news
Industry News 19.01.2022 16:31

Microsoft’s announcement of an Activision Blizzard acquisition has affected Sony shares as they fell almost 13%. It resulted in the Japanese company losing $20 billion off its market value. 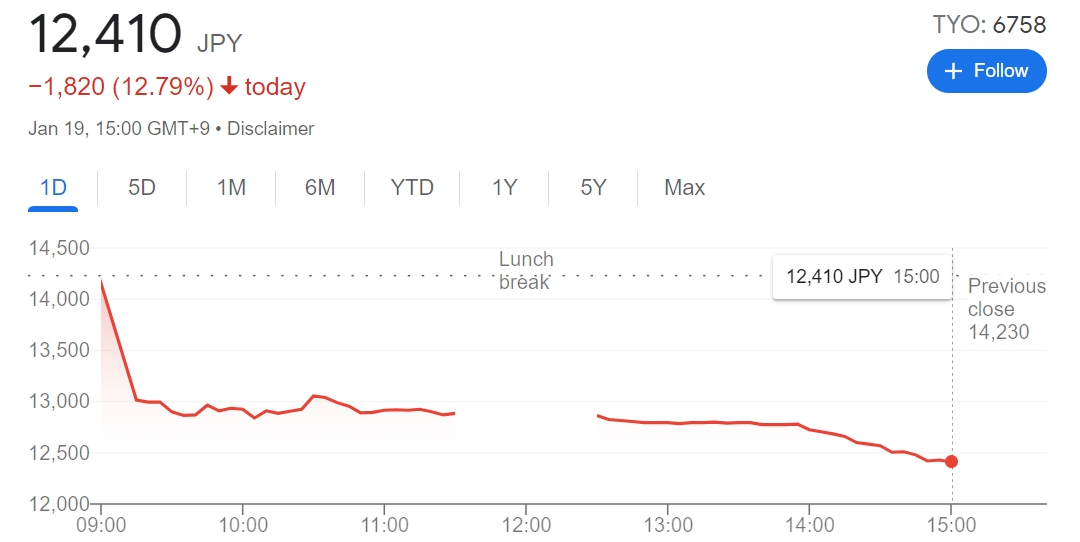 “Sony will struggle to match Microsoft in terms of money it can spend to buy popular game IP,” Morningstar Research analyst Kazunori Ito said. “Falling shares illustrate investors are worried that Sony may not be able to keep winning if indeed the industry shifts away from the hardware-based model.”

Although there is still no confirmation about Activision Blizzard IPs becoming Xbox and PC exclusives, Sony will definitely have to respond to this deal or make some changes to its business model, which is built around the AAA platform exclusives, in the future.

Microsoft announced its plans to acquire the Call of Duty and Diablo maker for $68.7 billion on January 18. The deal must be approved by regulators and shareholders. If it’s not, Microsoft will have to pay Activision a $3 billion fee.