Twitter has summed up the gaming activity on its platform for 2021. Genshin Impact became the most talked about title of the year, while the overall number of game-related tweets exceeded 2 billion.

Overall, people left 2.4 billion tweets about gaming topics last year, which is up 14% year-over-year. It is also a 10-time increase compared to the number of game-related posts in 2021. 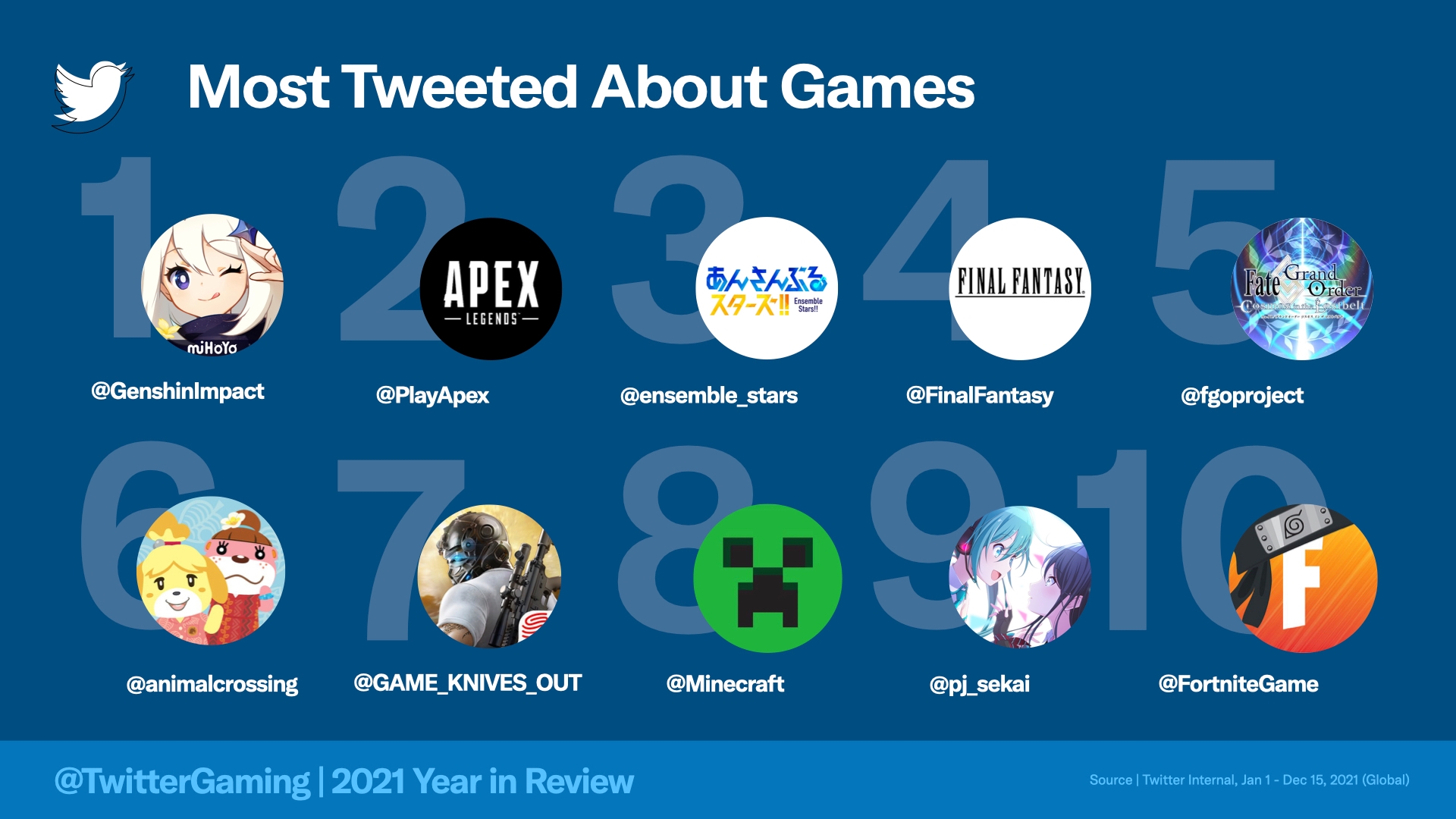 Japan was the number one country by the number of gaming tweets in 2021. It is followed by the US, South Korea, Thailand, and Brazil.

Speaking of the most talked about events, E3 2021 took the first place, followed by The Game Awards, Xbox Games Showcase, Gamescom 2021, and Summer Game Fest 2021.