Developer Benjamin Kobe, founder of Austin, Texas-based indie studio Clutch Dynamics, shared his experience of promoting his game Boris the Sloth on Reddit. He suggests staying away from large gaming and gamedev subreddits for UA purposes. 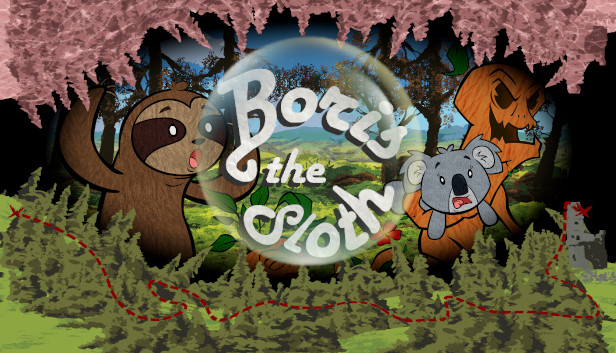 Kobe spent 7 months developing Boris the Sloth, which is a puzzle platformer featuring a sloth and a koala. It’s already available on the Apple App Store and Google Play Store, with the PC version arriving later this year. After 4 months of posting about the game on various subreddits, Kobe found that for a small indie project, smaller subreddits that are not gaming related but contain your target audience will give the best UA results.

For his particular game, Kobe found that posting in the following subreddits proved most useful:

“These have the added benefit of being fairly easy to get the top post for the day/week/month, which helps when people casually visit these subs and sort by top posts,” Kobe said. For games not featuring sloths or koalas, the developer suggested finding some other target niche subreddits.

These subreddit were less effective:

“Game dev specific subs have lousy user acquisition in my experience,” Kobe said. “I think most devs are more focused on their own game”

Finally, there was zero traction in bigger gaming subreddits like r/IndieGaming and r/Games, even if they did generate some upvotes.

“Large gaming subs are easy to get glossed over in,” Kobe wrote. “For my specific case, this is my first game and it likely just doesn’t have the polish/flair of a larger indie project. I’m not particularly surprised here and I think mileage will vary depending on your projects overall look and feel.”

The developer also said that releasing the game’s demo on Steam resulted in the highest peak wishlist day.

Here’s a graph showing how various posts generated new users on mobile and wishlists on Steam: 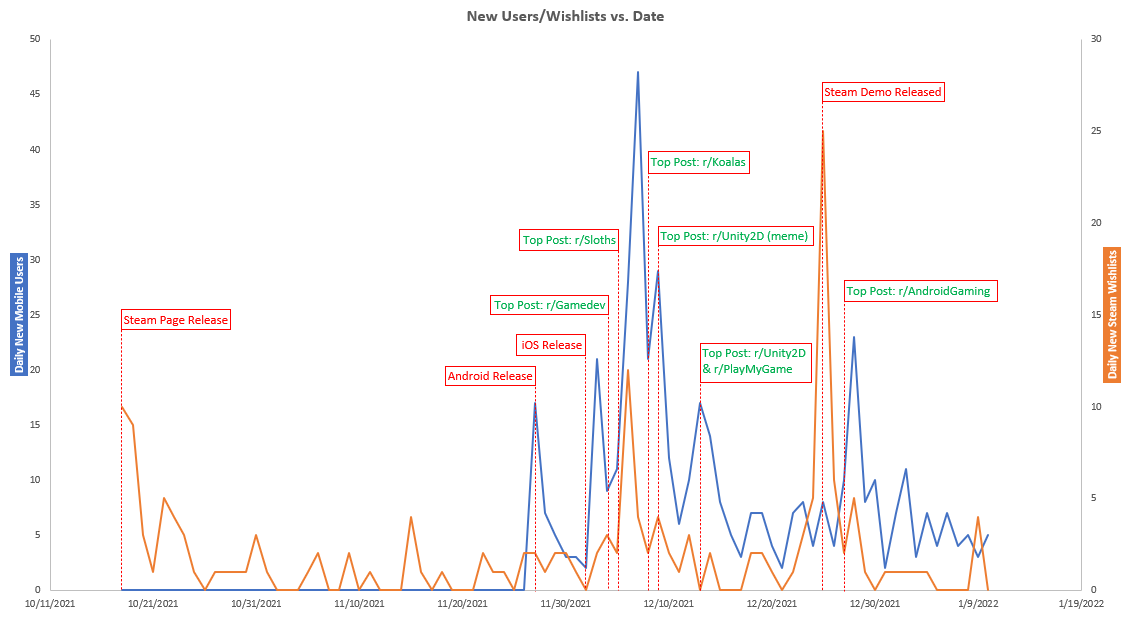