John Carmack on video game preservation and why companies suffer more harm by destroying something dear to players
06.02
Jeff Gaimon on expanding EA Originals beyond just indie games: “It’s like a menu. It depends on what devs want”
06.02
Microsoft’s chances of clearing Activision Blizzard deal in US and Europe to fade away if UK watchdog decides to block it
06.02
It Takes Two hits 10 million unit sold. “Nobody expected this,” says Josef Fares
03.02
Over 1 million Chinese players apply for refunds due to expiration of Blzzard’s agreement with NetEase
03.02
NCSoft West lays off 20% of employees as part of ‘global realignment’
03.02
Organic discovery and app store featuring to be declared dead in 2023, according to Deconstructor of Fun
02.02
Dwarf Fortress made $7.2 million in January, 44 times more than in all of 2022
02.02
PlayStation reports 53% Q3 revenue growth, driven by strong sales of consoles and third-party games
02.02
Tenjin and GameAnalytics release Q4 Hyper-Casual Games Benchmark Report
01.02
All news
Featured 28.12.2021 12:00

In this episode of our “2021 in Video Games” series, Konrad Adamczewski, PR Specialist at 11 bit studios, discusses how the company’s development and publishing arms fared this year. 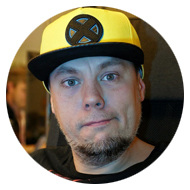 It was a big year for us since we finally announced our new game — Frostpunk 2. Believe me, before we unevield it, the dev team members who had been working on Frostpunk 2 for some time already had to be really careful when talking with people outside the office not to accidentally call the original “the first Frostpunk.” Finally, the marketing team took that burden off their shoulders 😉 And we’re extremely happy to see the reception of our community. Since we showed the Frostpunk 2 trailer in August, it has become Steam’s No. 13 in terms of top wishlists.

As for our development process, we completely switched to Unreal Engine. Three in-house projects are made using this tool and we signed an individual deal with Epic regarding our use of their engine. Besides that, we released a well-received DLC for Children of Morta.

Other than than, it was a relatively calm year for us, at least on the surface, since we also worked a lot on the branding details of the titles that are yet to be announced.

What development or trend stood out to you in 2021?

You can observe some interest in NFTs among gaming companies, as well as a slight tendency towards incorporating roguelike gameplay mechanics into AAA games like Returnal or Deathloop, but for me it was a rather calm year in terms of new trends. Our goals didn’t change at all.

Plans are huge, but we cannot tell much about them at that point. What I can say is we that aim to announce two more titles in 2022 — one from our dev team and one from the publishing division. There should also be some surprises along the way.

As always, I wanted to play everything, and as always, I’m still swamped with games to play and deluding myself that I will be able to finish at least some of them during the Christmas break 😉 But from the titles I did play, I enjoyed The Medium, Ratchet & Clank: Rift Apart, and Marvel’s Guardians of the Galaxy.