John Carmack on video game preservation and why companies suffer more harm by destroying something dear to players
06.02
Jeff Gaimon on expanding EA Originals beyond just indie games: “It’s like a menu. It depends on what devs want”
06.02
Microsoft’s chances of clearing Activision Blizzard deal in US and Europe to fade away if UK watchdog decides to block it
06.02
It Takes Two hits 10 million unit sold. “Nobody expected this,” says Josef Fares
03.02
Over 1 million Chinese players apply for refunds due to expiration of Blzzard’s agreement with NetEase
03.02
NCSoft West lays off 20% of employees as part of ‘global realignment’
03.02
Organic discovery and app store featuring to be declared dead in 2023, according to Deconstructor of Fun
02.02
Dwarf Fortress made $7.2 million in January, 44 times more than in all of 2022
02.02
PlayStation reports 53% Q3 revenue growth, driven by strong sales of consoles and third-party games
02.02
Tenjin and GameAnalytics release Q4 Hyper-Casual Games Benchmark Report
01.02
All news
Featured 23.12.2021 17:32

“2021 in Video Games” with Plug In Digital’s Guillaume Jamet

Joining us for another episode of the “2021 in Video Games” series is Guillaume Jamet, Vice-President and Head of Publishing at Plug In Digital.

Plug In Digital is one of the largest independent video game distributors. The company also operates as a video game publisher with two distinct labels: Dear Villagers, built around a restricted editorial line on PC and console, and PID Games, calibrated for flexible publishing and co-publishing offers on all platforms. 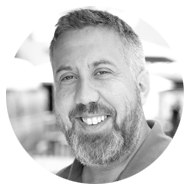 2021 treated us well, actually. The global situation is still very much a pain and we miss being able to see our partners as much as we’d like, but business-wise, we had a great year.

On the publishing side, our two labels, Dear Villagers and PID Games, kept growing as fast as we hoped.

Dear Villagers released four new games including the amazing The Forgotten City which is on track to hopefully receive many GOTYs and other awards. We also successfully released two DLCs for The Dungeon of Naheulbeuk, our first game with a long-tail strategy around a potential franchise. We’re very happy with the results and there’s more to come. Some of our games, though, didn’t perform as well as we would have liked but that’s the publisher’s life, right?

PID Games released 15+ games on PC, console and mobile including Alba: A Wildlife Adventure. It’s a great illustration of what we intend to do with this label, which is to fully publish small-sized indie games but also co-publish ambitious titles with great partners like ustwo games.

And on the mothership side, with Plug In Digital, we kept on performing very well with our distribution services. We signed new partnerships with key players like SNK and strengthened our position as a leading content provider for cloud platforms all over the world.

Last but very much not least, we just raised $75M. This is of course the climax of 2021 and comes as a great reward and accelerator for our strategy for the next few years.

What development or trend that you saw in 2021 do you consider critical for your niche?

On the publishing side, we’ve noticed two trends that we had to adapt to. The first one is a real inflation of the game budgets. Studios are looking for much more money than they used to, for quite similar projects. I would say that a project that would have been pitched to us with a $600k budget two years ago is now pitched with $1M or more funding needed. Studios are getting more professional, even the very young ones, and reach for more comfortable production budgets. This will be a good trend if the production and final games’ quality improve accordingly.

The other trend is that some players on the market are in a kind of acquisition frenzy. Many studios have been bought these past months and many of our partner studios are being solicited and sometimes offered crazy money to join big groups.

There’s a lot of money coming to our business as Covid turned the video game industry into a new Eldorado for investors. We benefit from it, of course, when it comes to our own fundraising. On the other hand, it also means new competition we must face when trying to build long term relations with studios, which we intend to. We have always planned to acquire some studios overtime, but this new context is forcing us to move a bit sooner than anticipated.

We want to accelerate our growth, and this means finding the best possible games. So our strategic focus, publishing-wise, will probably be proactively scouting to fill our next 5 years line-up with cool games.

But even before that, we have very nice releases planned for 2022 on both labels. We will try extra hard to provide our partner studios with the best support on the road to success. And we will also work on growing our audience and our brand awareness.

I’m a big CIV fan and as such I expected a lot from HUMANKIND. I didn’t find time to play it as much as I wished but the couple of nights I spent on it was totally worth it! Amplitude did an amazing job and really brought a breath of fresh air to the genre.

On a more indie side, I’ve had a big crush on Dorfromantik. The perfect game for me to relax with after a long working day (or during lunch breaks!). It’s cute and clever, my very personal GOTY for sure.

And finally, I most probably spent too much time playing Wild Rift on mobile. I used to be a huge League of Legends fan, but I forbid myself to get anywhere near it these past years. I kind of jumped back in with this mobile version!